Salt comes from the north, gold from the south, and silver from the country of the white men, but the word of God and the treasures of wisdom are only to be found in Timbuktu. 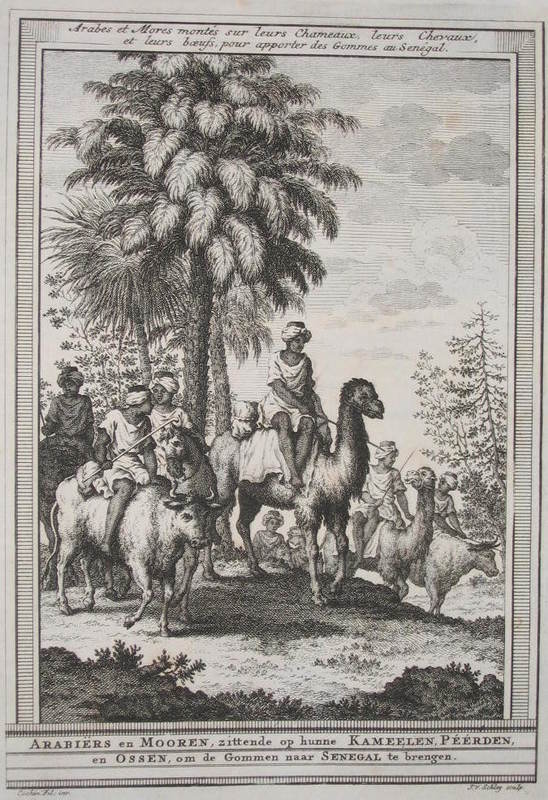 Centuries before African Muslims were forced to colonial America, Islam made its way to West Africa through traders, merchant-scholars, and religious teachers. Beginning in the ninth and tenth centuries, Amazigh (more commonly known as Muslim Berbers) travelled in trading caravans from  North Africa across the Sahara to the Western Sudan, attracted by the tremendous gold deposits of the region. Islam’s inroads into West Africa developed through multiple paths. First, there were merchant transactions between West Africans and predominantly Arabic-speaking North African traders. The second path was the presence of merchant-scholars in the urban centers of the Western Sudan who performed services and administrative tasks useful to West African kingdoms. Merchant-scholars’ ability to read and write made them valuable to West African kings. There were also mystical teachers, known as Sufis, who became increasingly influential in West Africa. The Sufi brotherhood orders slowly developed a foothold within local West African communities beginning in the twelfth century. Together, these various types of Muslims introduced Islam into kingdoms across West Africa where political systems, education, and well-established traditional religions and spiritual beliefs were influenced.

West African rulers and common people’s introduction to and interactions with Islam were often quite different from each other. Islam reached urban centers and the ruling elite first. In empires like Mali and Songhai, most of the kings were Muslims or converted to Islam, while others did not convert but supported the presence of Islamic culture and institutions. In both empires, the merchant elite were often Muslim. By the fourteenth century, the same was true of Hausaland rulers. The integration of Muslims into the ruling elite class led to the building of the famous Great Mosque of Jenne and the development of market centers and Islamic universities such as those at Timbuktu. It also meant that children of elite families were educated in Arabic, by Muslim scholars in Islamic schools. Common people, meanwhile, often still practiced indigenous animistic religions with awareness of and interest in Muslim traders and Sufis, but often without converting to Islam. According to Islamic scholar Ousmane Oumar Kane, it was as late as the seventeenth century before rural West Africans converted in large numbers to Islam.

"The Mosque of Sankore" from Timbuctoo the Mysterious, Félix Dubois, Timbuktu, Mali, 1896, courtesy of the Internet Archive.

Traditional religions among West African peoples were far from homogenous. Sufi Muslim teachers encountered different pantheons and practices among peoples such as the Mande, Yoruba, and Hausa. The region’s traditional religious practices, though, did share some commonalities. West African peoples often emphasized a worldview that included a High God at the top of a complex cosmological structure and also recognized ancestor spirits and supernatural actors as influential in daily life. Their spiritual practices were not rigid and tolerated variability in practices. In this context, people across West Africa who became Muslim incorporated their traditional beliefs into their newer Islamic belief system. Others remained non-Muslim, but the presence of Islam in the region influenced their indigenous beliefs. Marked by periods of hybridization, Islamic beliefs and traditional West African practices blended to establish a form of Islamic faith that was specific to the region, while still maintaining the most fundamental tenets of Islam by those who practiced it. 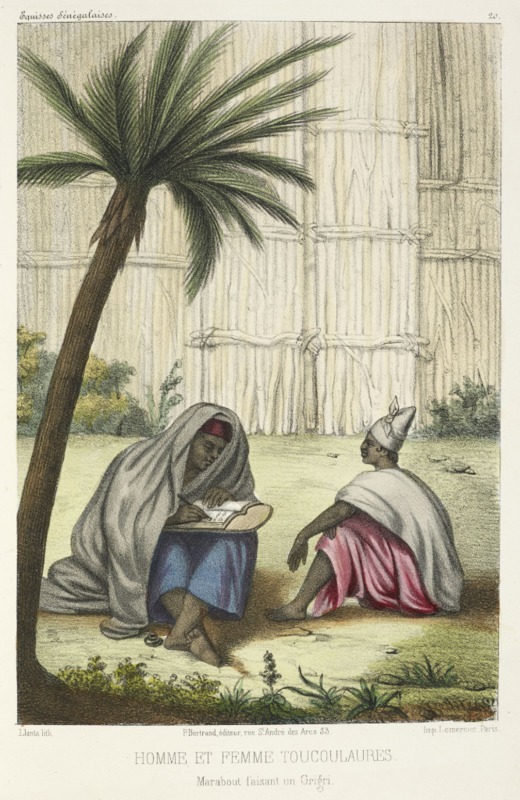 A marabout, or Muslim religious leader, writing an amulet for a Tukalor widow, P.D. Boilat, 1853, courtesy of The British Library. Amulet styles were one of the cultural influences of Muslims on West African peoples. Popular among non-Muslims, Islamic amulets were created by Muslim religious leaders, as seen above for the Tukalor widow. To read more about a Tukalor's experience in American enslavement, see Omar Ibn Said's story. 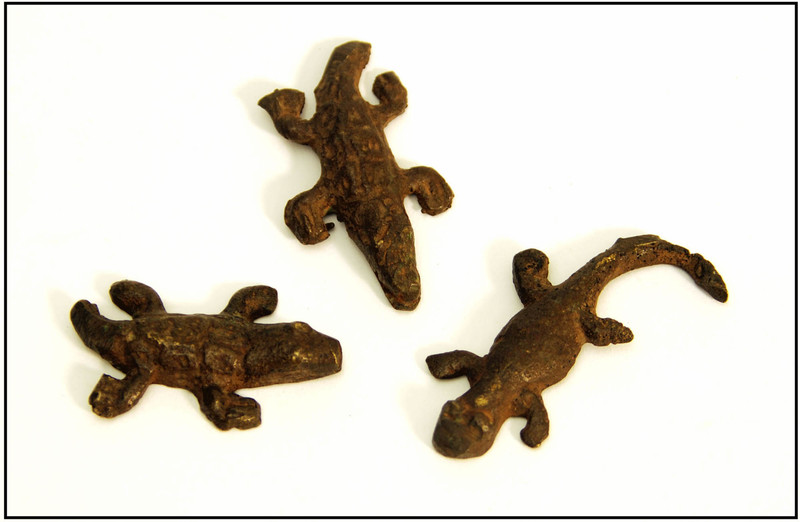 As Islam gained influence and regions within West Africa gradually developed more orthodox Islamic practices, Muslim converts left some old practices behind. However, they still found ways to incorporate certain traditional beliefs. For example, before the arrival of Islam in West Africa, women and children often wore amulets to protect them from a variety of life’s potential hazards. With the arrival of Islam, this practice continued, but their amulets began to include Qur’anic verses or prayers. In this way, West African Muslims did not disturb the orthodoxy of Islam, but rather, they managed to syncretize it with some West African’s indigenous beliefs.

In regions of West Africa where Muslim clerics and traders were present, their influence reached beyond those they converted because of the value of the services they offered. Scholars such as Michael Gomez and Kane note that as traders brought goods from afar, such as salt, horses and books, that embedded them into an urban space. Clerics performed religious and diplomatic services for both West African nobility and common people. Beyond the administrative needs of the ruling class, West African kings also sought spiritual protection from Islamic scholars. In Senegambia, kings exchanged land grants for protective Islamic prayers and talismans.

As spiritual and physical protection were important to everyone - kings and peasants, non-Muslims and Muslims - it is not surprising that a particular type of Islamic cultural material saw widespread popularity. Qur'anic text amulets created by Muslim clerics proved popular among both Muslims and non-Muslims. These were designed to keep people safe from disease, war, and other hardships that plagued people's lives. In this way, West Africans’ familiarity with or participation in Islamic practices formed a part of the regions culture. West Africa’s Islamic-influenced cultures were then carried with West Africans forced into bondage and taken across the Atlantic.

As Islam spread throughout West Africa, centers of Islamic education emerged. Beginning in the fourteenth century, West African cities such as Timbuktu in Mali, Agadez in Niger, and Kano in Nigeria emerged as centers of Islamic intellectual learning. These schools emphasized respect, inclusion, and tolerance. Outside of urban centers, some villages provided madrasas, or Islamic schools, where children as young as four years old were taught to memorize the Qur’an. This learning was designed to create what Kane terms “a virtuous Muslim.” For students who continued on to higher levels of education, they were provided a classical education – learning Arabic, arithmetic, geometry, music, astronomy, rhetoric, and logic – along with Islamic law and spirituality. With no separation of religion and state, Islamic law was a prominent part of both legal and spiritual education among West African Muslims. Students who continued their education also continued to memorize Islamic texts. 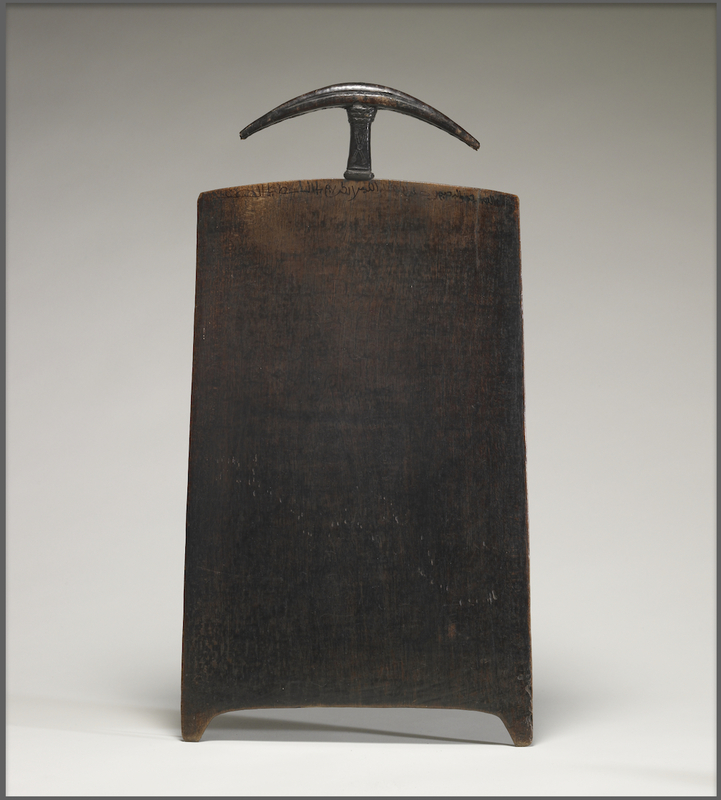 Qur'an board, West Sudan, 19th century, courtesy of The Walters Art Museum. A Qur'an board, similar in use to a chalkboard, was written on by students to assist in memorizing Qur'anic texts.

In pre-colonial Islamic West Africa, Islamic teachings were only allowed to be shared by Muslim scholars who were given permission to teach. Particularly in urban spaces such as Timbuktu, the spread of Islamic teaching was dependent upon a regulated system of dissemination. Elite Muslim scholars used the pedigree of lower-level scholars to help determine the specific texts and teachings lower-level scholars were qualified to teach. Just as there was a hierarchical system of approval for scholars, students of Islam were also part of a system that regulated their participation. Muslim scholars observed younger students to determine which promising young students would become their pupils. Being chosen by a scholar as a pupil allowed students to continue their education. The master/student relationship was linked not only through the master's teaching but also by the student's acts for their master, such as writing poetry and completing khidma, or physical labor. Muslim students living in urban centers had increased access to this education system, while those living outsides of urban centers traveled hundreds of miles or more for this education.

Among the spiritual practices of West African Muslims, the predominant form was Sufism, which encouraged additional devotional practices beyond the five daily ritual prayers performed by all Muslim devotees. These practices included Arabic litanies and prayers chanted silently or out loud for self-purification. Sufi worship was therefore private and encouraged believers of Islam to create a close relationship with Allah.

Once enslaved in America, West African Muslims’ entrenched faith allowed them to preserve their beliefs for themselves and sometimes pass on Islamic traditions to future generations, all while adapting to a new space, struggling with violent oppression, and encountering a variety of new religious practices. The role of memorization, whether in the early or later stages of education, explains the ability of some West African Muslims to speak and write from the Qur’an decades into their American enslavement. The engraining of Islamic practices also explains cultural practices that continued for some of the Muslims who were enslaved in the Americas. For many enslaved people in the Southern colonies, certainly including those in the Lowcountry of South Carolina and Georgia, religion became a cornerstone of their survival; and for some, this included the retention of Islamic beliefs and practices. 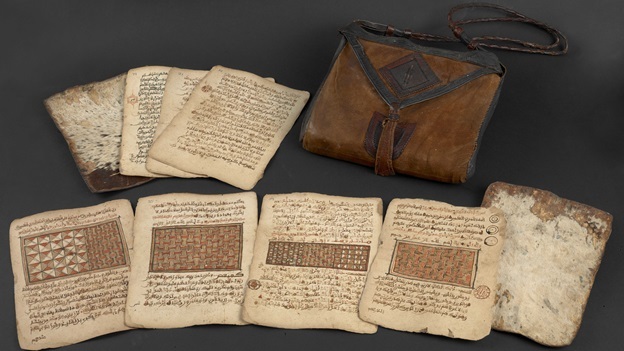 Qur’an and leather bag, Hausaland region, Bornu Empire, late eighteenth century, courtesy of the British Library. This Qur’an was made in one of West Africa’s many centers of manuscript production, a wide area centered around the city-states of Hausaland. Held in the saddlebag, the loose-leaf manuscript allowed for reading during travel or lending to others for memorization. The West African productions of the Qur’an under the Bornu Empire were popular items of export to North Africa and the Middle East.

← Introduction
Religion and Enslavement in the Lowcountry →