African Participation and Resistance to the Trade 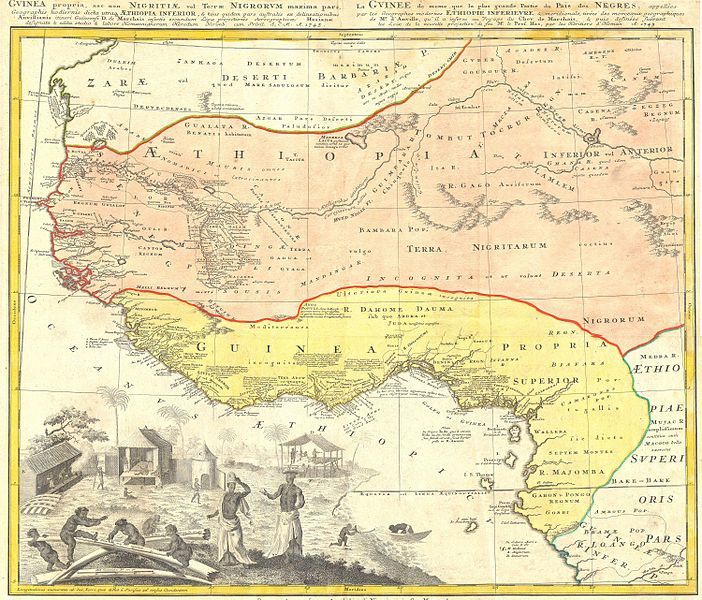 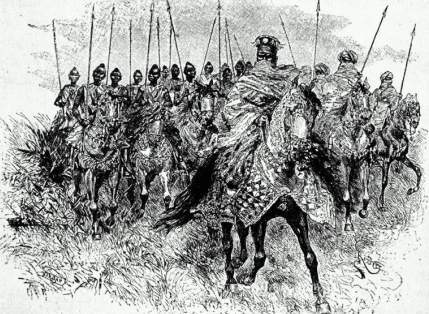 Mossi horsemen, created by J.W. Buel, 1890. The Mossi Kingdoms resisted the trans-Saharan slave trade and slave raiding from the Ghana, Mali, and Songhai Empires in West Africa, but with the expansion of the trans-Atlantic slave trade, they became involved in slave trading in the 1800s.

With some early exceptions, Europeans were not able to independently enter the West and Central African interior to capture Africans and force them onto ships to the Americas. Instead, European traders generally relied on a network of African rulers and traders to capture and bring enslaved Africans from various coastal and interior regions to slave castles on the West and Central African coast. Many of these traders acquired captives as a result of military and political conflict, but some also pursued slave trading for profit.

Scholars provide various explanations for why African traders were willing to supply enslaved Africans to Europeans for the trans-Atlantic trade. By the early sixteenth century, slavery already played a major role in some western and central African societies, and contributed to maritime slave trade systems across the Indian Ocean and Mediterranean Sea. Subsequently, some historians argue that Europeans in the Atlantic took advantage of a pre-existing slave trade system in Africa to obtain labor for expanding plantation economies in the Americas. During the development of the trans-Atlantic trade, West and Central Africa consisted of diverse political and social structures, ranging from large empires to small states, and these groups often conflicted over internal politics as well as economic expansion. 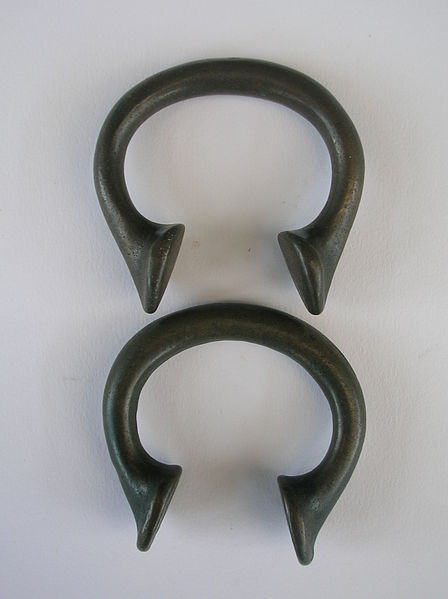 Manillas from Nigeria, commonly used as currency in West Africa during the trans-Atlantic slave trade, particularly by European traders on the coast purchasing enslaved people from African traders.

As noted earlier, though ethnic identities were influential, these groups did not share a common African or black identity. Instead, they saw cultural and ethnic differences (such as Igbo, Ashanti, Mende, and Fulani) as social divisions. Frequent conflicts between these groups produced captives who could then circulate in the local slave trade system, and eventually the trans-Atlantic slave trade.

Europeans also went to great lengths to influence African traders and leaders to provide enslaved Africans for the trans-Atlantic trade. European traders encouraged African consumer demands for European goods, formed military alliances to instigate fighting and increase the number of captives, and shifted the location of disembarkation points for the trade along the West and Central African coast to follow African military conflicts. In areas of West and Central Africa where slavery was not prevalent, European demand often expanded the presence of the institution and trade. But European traders still generally worked within terms set by African rulers and traders, who negotiated their own interests in these trading and military alliances. 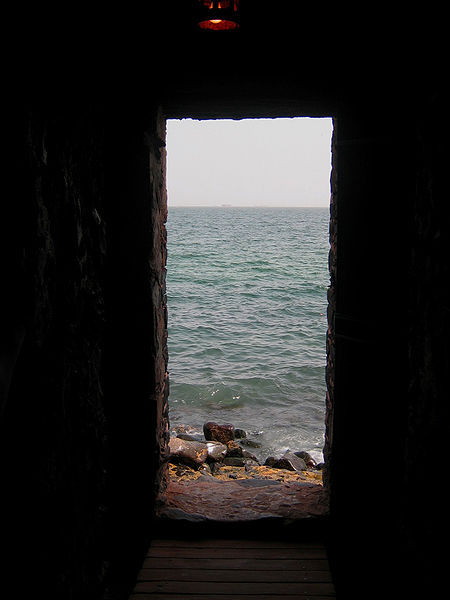 "Door of No Return" memorial at The House of Slaves, Gorée, Senegal, image taken 2004.

Regardless, the suffering of separated families and the experiences of enslavement during the trans-Atlantic trade were universally devastating for victims of the trans-Atlantic slave trade. Throughout the trade, the Africans who were enslaved or threatened with enslavement consistently resisted the dehumanizing confines of this institution. Villages and towns built fortifications and warning systems to prevent attacks from traders or enemy groups. If captured and forced onto ships for the Middle Passage, enslaved Africans resisted by organizing hunger strikes, forming rebellions, and even committing suicide by leaping overboard rather than living in slavery. Scholars believe that roughly one slaving voyage in every ten experienced major rebellions. These rebellions were costly for European traders, and led them to avoid certain regions known for this resistance strategy, such as Upper Guinea, except during periods of high slave trade market demand. This resulted in fewer Africans entering the trans-Atlantic slave trade from these regions, which suggests that African resistance strategies could be effective.

"Death of Capt. Ferrer, the Captain of the Amistad, July 1839," engraving and frontispiece from John Warner Barber, A History of the Amistad Captives, 1840. The rebellion on the slave ship Amistad in 1839 was one of the most famous in United States history because the U.S. Supreme Court ruled that the Mende on board should have their freedom restored.