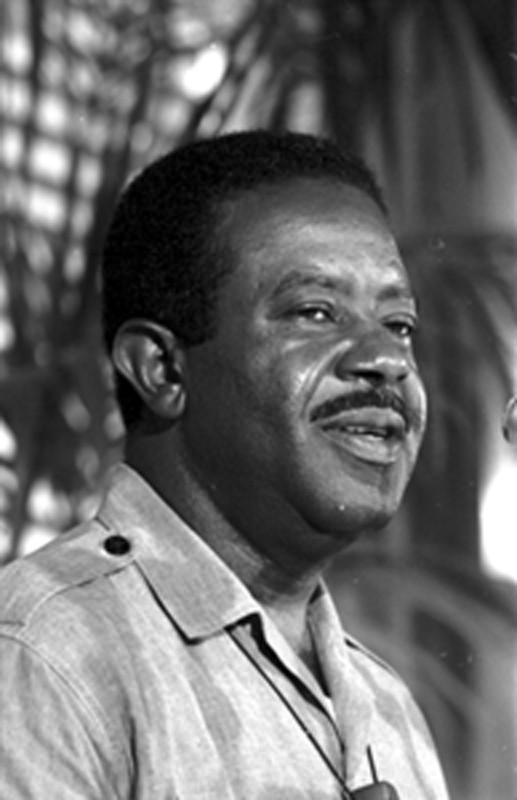 Ralph D. Abernathy (1926-1990) was born in Linden, Alabama. His father was a farmer and his grandfather had been enslaved. He enlisted in the U.S. Army during World War II, and afterwards became an ordained minister at the First Baptist Church of Montgomery, Alabama, in 1948. Abernathy first met Dr. Martin Luther King, Jr. when King arrived in Montgomery to serve as pastor at the Dexter Avenue Baptist Church in 1954. They became close friends and professional associates, and were among the founders of the Montgomery Improvement Association—the organizing force behind the 1955–1956 Montgomery Bus Boycott. In 1957, King worked with various ministers, including Abernathy, to found the Southern Christian Leadership Conference (SCLC). Together they helped organize civil rights protests in Georgia, Alabama, and Tennessee, as well as the March on Washington for Jobs and Freedom in 1963. In 1968, Abernathy was at King’s bedside when he was pronounced dead after he was shot on the balcony of the Lorraine Motel in Memphis, Tennessee. Abernathy served as president of the SCLC following King’s assassination.

In 1969, Ralph Abernathy, Coretta Scott King, Andrew Young, and other members of the SCLC went to Charleston, South Carolina to lend their support to workers protesting low wages and discrimination at the Medical College Hospital of South Carolina and Charleston County Hospital. Abernathy, King, and other national civil rights leaders rallied the African American community of Charleston and brought national attention to the strike. Abernathy and hundreds of others were jailed after South Carolina Governor Robert McNair ordered the National Guard to intervene in the strike on April 25, 1969. Afterwards, Abernathy continued to lead the SCLC until 1977 when he resigned to run for Congress.