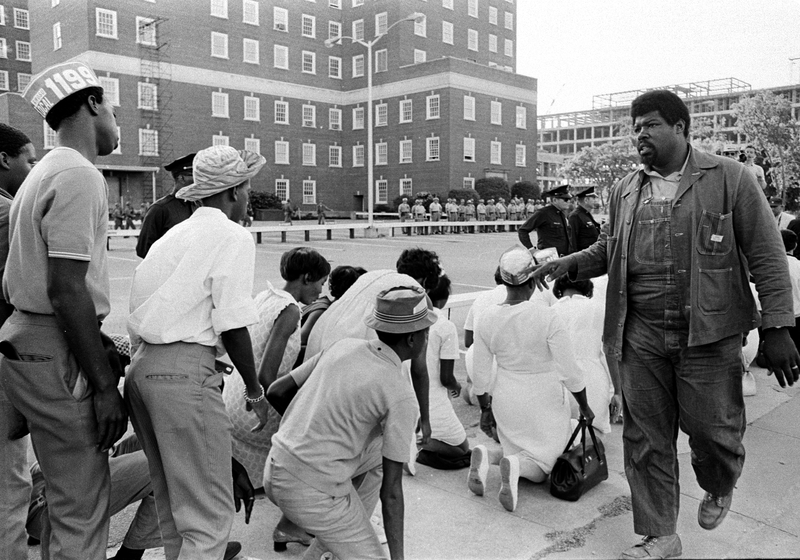 A week after striking Medical College Hospital workers walked off their jobs on March 19, 1969, more than sixty African American employees at the Charleston County Hospital joined the strike. They shared many of the same complaints, and had also been attending union meetings. Both hospital employers—the State of South Carolina and Charleston County—committed to using any means at their disposal to avoid unionization. Within hours of the start of the strike, Medical College officials secured an injunction that prohibited all picketing, though that was soon amended to allow up to ten picketers at a twenty-yard distance from one another. 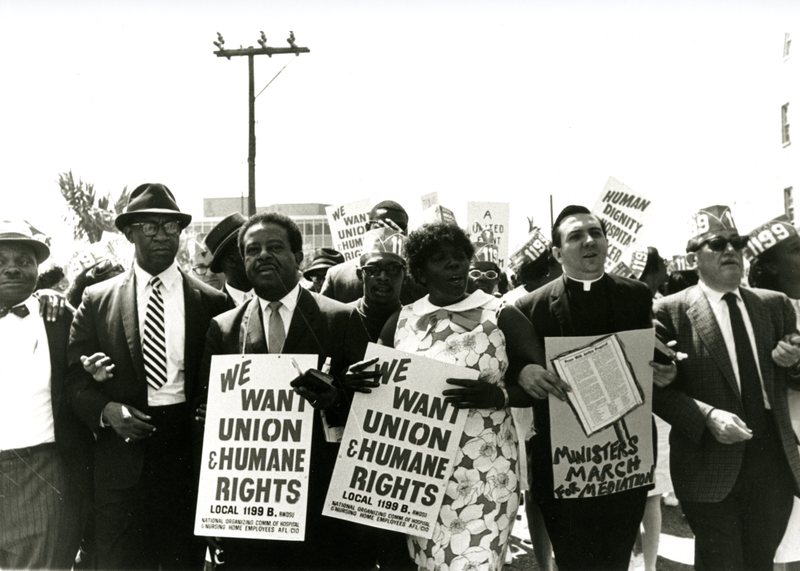 Speaking to a group of strike supporters, Moultrie wryly observed that “even the governor, as slow as he is, could get through a picket line like that.”

To compensate for the restrictions on picketing and to maintain the strike’s momentum, nurse Naomi White and a handful of close associates formed “Hell’s Angels.” This group of strikers would visit workers at their homes to impress upon them the importance of maintaining strike discipline. “Our mission was to catch them at night because at the hospital they changed their hours, like the 11 pm, they wouldn’t come in until 12 pm,” White recalled in a 2008 interview. “We ripped them scabs up if we caught them. That’s what we did.” 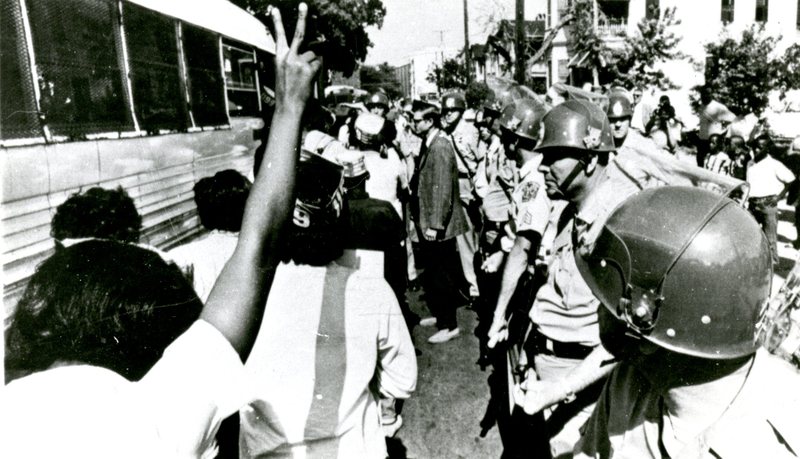 The Angels kept their activities a secret from strike leaders like Moultrie and the SCLC organizers.

While Mayor J. Palmer Gaillard and some hospital officials attempted to establish lines of communication with the strikers and their supporters, South Carolina Governor Robert E. McNair forbade the Medical College and Charleston County from engaging in any activity that might be construed as collective bargaining. 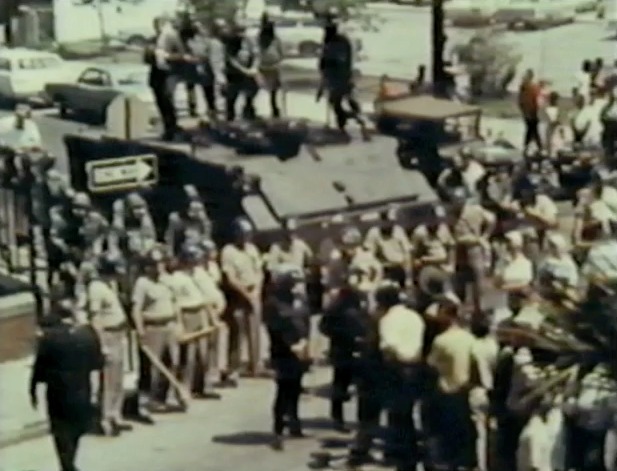 National Guardsmen and state troopers in Charleston during the hospital workers' strike, Charleston, South Carolina, 1969, film still from I Am Somebody (1970). Local 1199 provided funds for director Madeline Anderson to produce this documentary about the strike to promote the union.

McNair feared that a successful strike in Charleston might lead to organizing drives targeting other state employers, especially textile manufacturers that had recently been under federal pressure to end discrimination and begin hiring large numbers of African American workers. As he explained to the South Carolina Bar Association, the dispute in Charleston represented “a test of our whole governmental system as we have known it in South Carolina.” McNair maintained that the law prohibited state agencies from negotiating with their employees. No such prohibition existed, though the all-white General Assembly affirmed his stance by passing a resolution that left some lawmakers grumbling because they had not seen a copy beforehand, nor been allowed sufficient time for deliberation. 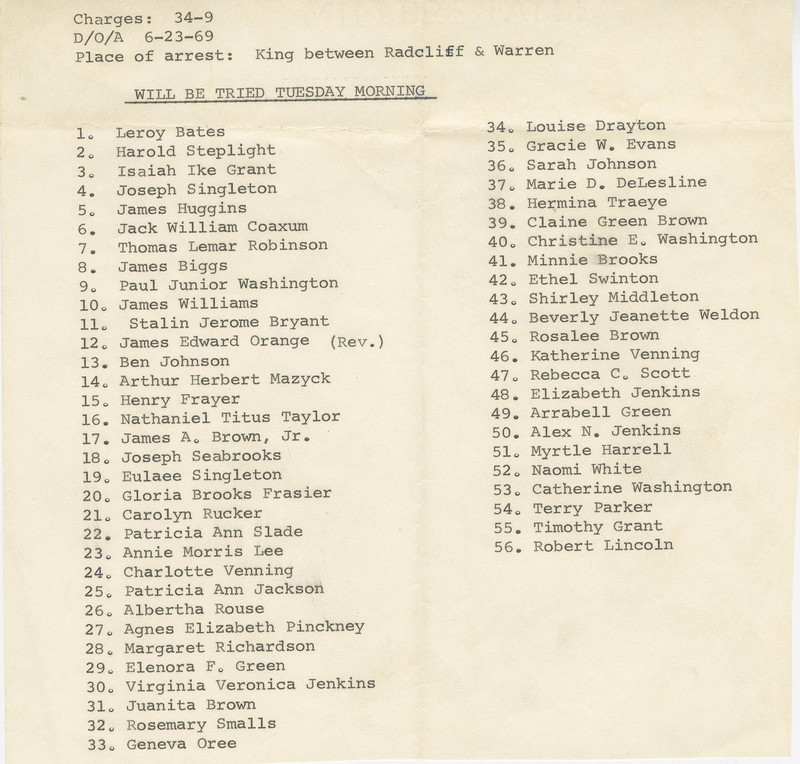 List of some of those arrested during Hospital Workers' Strike demonstrations, Charleston, South Carolina, 1969, courtesy of the Avery Research Center.

On April 25, 1969, Governor McNair ordered more than one thousand state troopers and National Guardsmen to Charleston, declared a state of emergency, and imposed a 9 pm to 5 am curfew. In defiance of the curfew, strike organizers held nighttime demonstrations and law enforcement officials responded by arresting hundreds of strikers, their family members, and large numbers of students (some not yet in their teens). Union members and students considered their arrests a right-of-passage as the city streets became a site of protest excitement and celebration as well as a combat zone.

As the strike stretched on and summer approached, the mood of strikers and city residents turned increasingly dark with the arrival of armored personnel carriers and soldiers who monitored the protests in Charleston’s streets with fixed bayonets. A union organizer's hotel room was fire bombed, acts of vandalism increased, and a rash of mysterious fires kept firefighters occupied. Facing the constant threat of extralegal violence, Mary Moultrie moved out of her home for her family’s safety, and slept on a cot at the union hall under the watchful eye of armed youth from a local street gang. 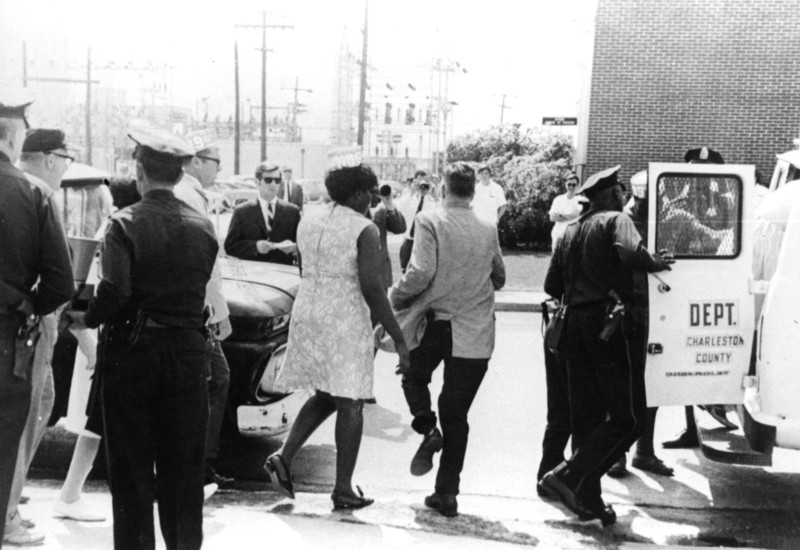