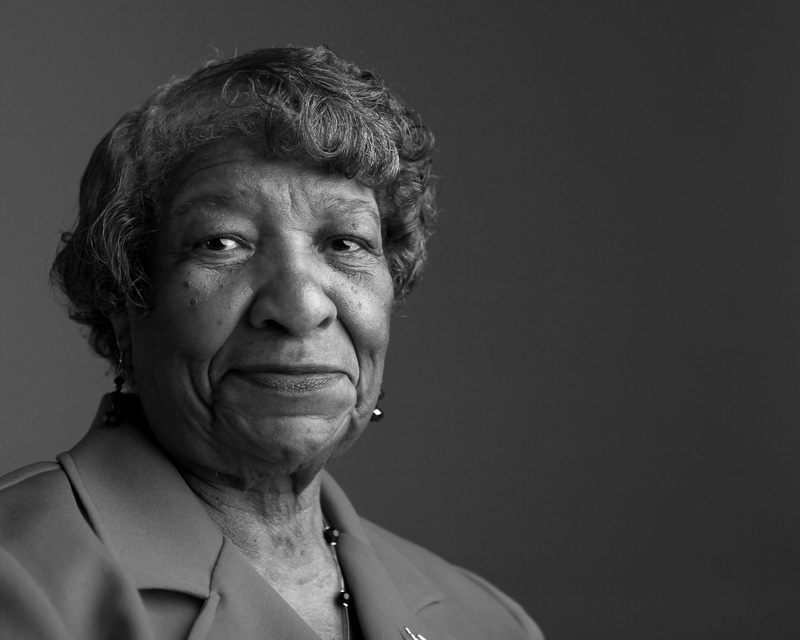 Naomi White was born in Charleston, South Carolina in 1925. Her mother and grandmother were seamstresses, while her father worked as a janitor for fifty years at the College of Charleston.  White grew up on Henrietta Street in what she later described as a diverse Charleston neighborhood: “There was a German living across the street. There was an Irishman on this side of me. There was an Italian across the street. There was some crackers on this side. But at that time it was like an integrated family because if somebody got sick, a black neighbor, they all rally and go over there and see what was needed and could be done.”

White joined the OBGYN nursing staff at the Medical College of South Carolina hospital where she worked the graveyard shift. Her schedule prevented her from attending union meetings, but her coworkers made her aware of union activities that took place in the months before the 1969 Hospital Strike. During the strike, White’s oldest son and daughter joined her during the protests, while her mother cared for her youngest two children at home. White’s husband, a barber, provided strikers with free haircuts.

White was an outspoken and audacious striker. By the strike’s end, she had been jailed twice. She helped organize a nighttime watch group called “Hell’s Angels.” The group patrolled the neighborhood around the Hospital to confront employees who attempted to cross the picket line. Hell’s Angels also maintained a presence on King Street to enforce the economic boycott on shopping. White later asserted that the workers gained respect by striking. White retired in 1985 after twenty-seven years of service.

White discusses the limited presence of men in the strike and her formation of "Hell's Angels," a group organized to stop scabs from entering the hospital at night during the strike.

White reflects on the aftermath of the strike, continuing frustrations, and her retirement in 1985.