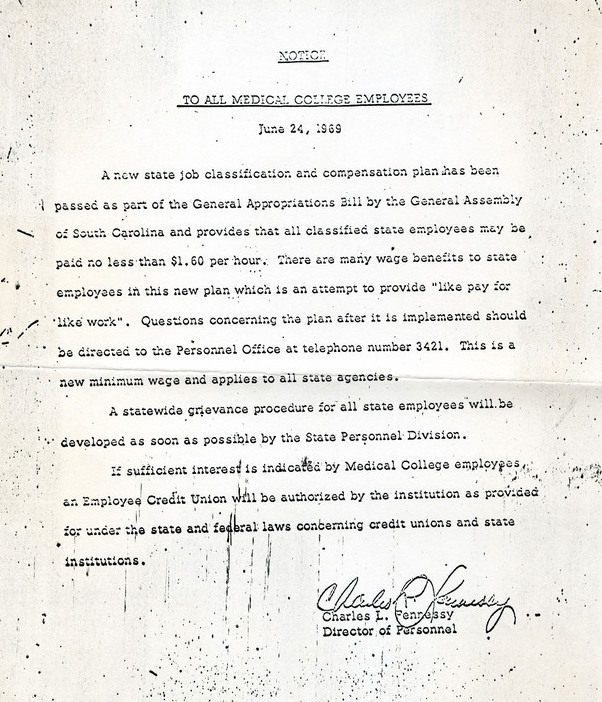 By the early weeks of June 1969, hospital and union officials had begun using back channels to communicate their mutual willingness to bring the dispute to a close. Business owners and city officials longed for a return to normalcy, and some state legislators feared a repeat of the violence that occurred during the Orangeburg Massacre a year earlier, when South Carolina Highway Patrol officers killed three protestors and injured many others attending a civil rights demonstration. Federal officials also threatened to pull hospital training grants due to the Medical College’s discriminatory practices, and worked behind the scenes to bring both sides to the negotiating table. The union was also under pressure to settle. The strike drained valuable resources from their base, and Local 1199 leaders in New York privately concluded that there was little hope that the fledgling Charleston Local 1199B would ever contribute much to the union’s coffers. 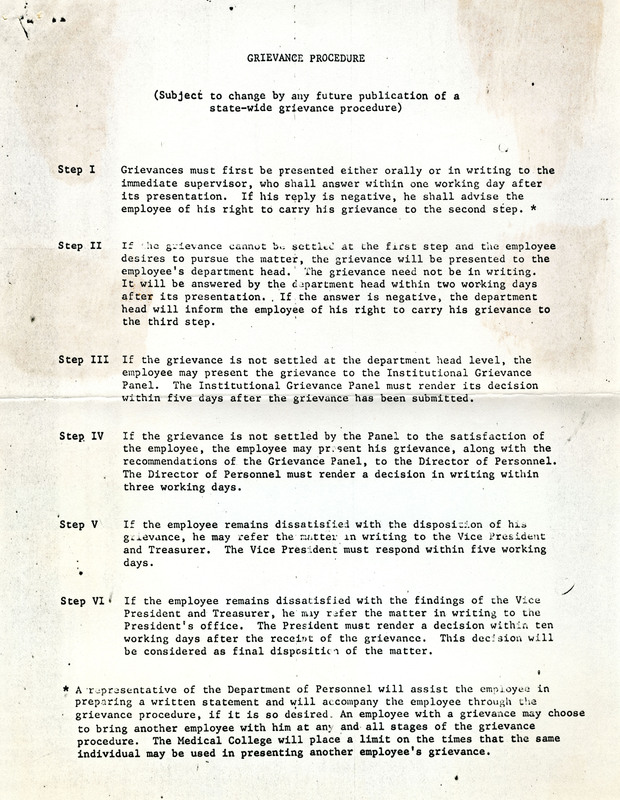 Following a week of high tensions, during which SCLC’s Ralph Abernathy began a hunger strike, Hosea Williams called “white America” “crazy” and “insane,” and labor leaders from the city’s maritime unions threatened a coordinated solidarity strike, McCord finally announced a strike settlement to the press on Friday, June 27, 1969. The Medical College Hospital administration promised to rehire the strikers the following week, to abide by a newly established six-step grievance process, and to provide modest pay increases. Though the workers conceded on the central issue of union recognition, Saunders hailed the agreement as a “victory for 25,000 [hospital] workers, black and white, across the state.” The strike at the Charleston County Hospital continued for three weeks before it was settled along similar lines.