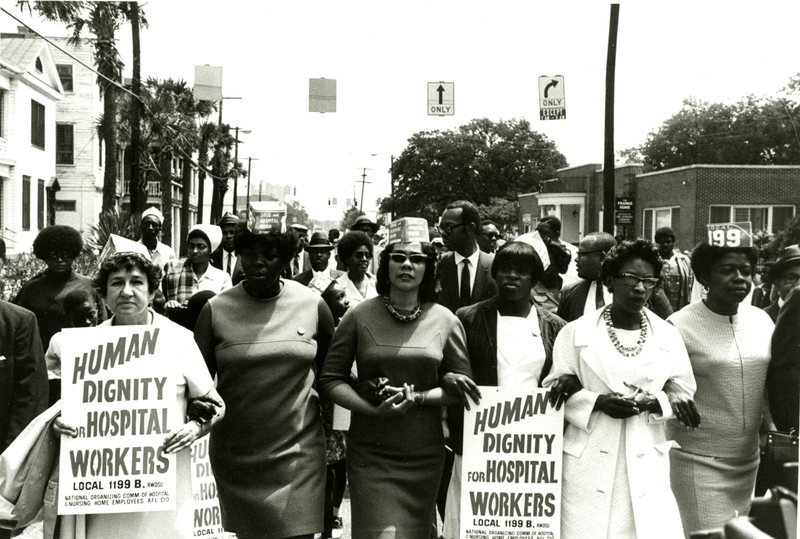 On Monday, March 17, 1969, a group of African American employees at the Medical College Hospital for the State of South Carolina in Charleston occupied hospital president William McCord’s office. They sang civil rights protest songs, chanted, and even answered his telephone. When Police Chief John Conroy arrived to restore order, the workers explained that they had been invited to a meeting with McCord to discuss their longstanding grievances. The president had packed the meeting with “loyalist" hospital employees, and then canceled on short notice. The workers returned to their jobs after Conroy threatened arrest, but twelve of the protestors were fired at the end of their shift for abandoning their patients.

By Wednesday, March 19th, hundreds of black hospital workers—predominantly women—went on strike to demand the reinstatement of their coworkers and official recognition for their union, Local 1199B of the Retail Drug and Hospital Employees. For more than one hundred days during the spring and summer of 1969, demonstrations, mass arrests, and a military occupation brought the city of Charleston to a standstill. While the strikers failed to win union recognition, their protests marked a turning point in Charleston history as the city’s black working class asserted its significance as an independent political and social force. Political leaders felt the strike’s reverberations from City Hall to the White House. Meanwhile, progressive activists from across the country followed the events closely, searching for signs of a broader labor and civil rights movement revival.