During the first half of the twentieth century, African American church leaders, business entrepreneurs, and medical professionals facilitated vibrant, self-sustaining neighborhoods surrounding the Morris Street Business District. In the face of racism and segregation, Black Charlestonians organized to meet the community’s common needs, provide educational and employment opportunities, and dispense essential services. They symbolize the resiliency of Black Americans, organizing to care for themselves when their city, state, and country failed to do so. The following section highlights a few of the Black men and women whose efforts helped create a sense of community and higher quality of life for the Black residents in the neighborhoods surrounding Charleston’s Morris Street Business District. 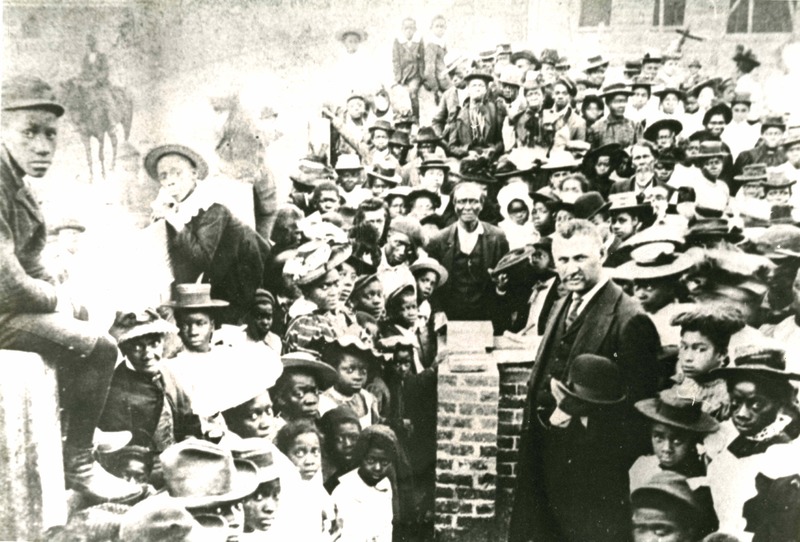 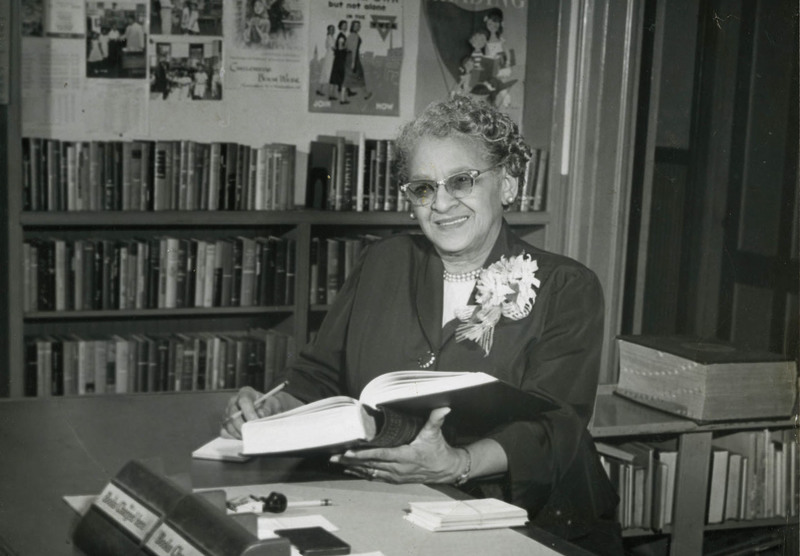 Reverend John L. Dart, born a free person of color in 1854, was a resident of 23 Morris Street. He graduated from the Avery Normal Institute, and after studying in Massachusetts to become an ordained Baptist Minister, he returned to Charleston, serving as the pastor of the Morris Street Baptist Church for sixteen years. Unwilling to accept the city of Charleston’s indifference to providing public education to its 5,000 Black children, Dart founded the Charleston Industrial Institute in 1894, the first vocational public school for Black students in the city, located at the corner of Kracke and Bogard Streets. In honor of its founder, the Charleston Industrial Institute was renamed Dart Hall in 1931. The school is still in operation today under the name Burke High School. Dart’s daughter, Susan Dart Butler, was also a passionate advocate of providing Charleston’s Black children with educational opportunities that racism kept from them. After completing her university studies to become a librarian, she returned to Charleston to open the first public library for African Americans in Dart Hall. In 1968, Charleston County honored the legacy of Reverend Dart’s dedication to education by establishing the John L. Dart Library on King Street as part of the Charleston County Public Library system. 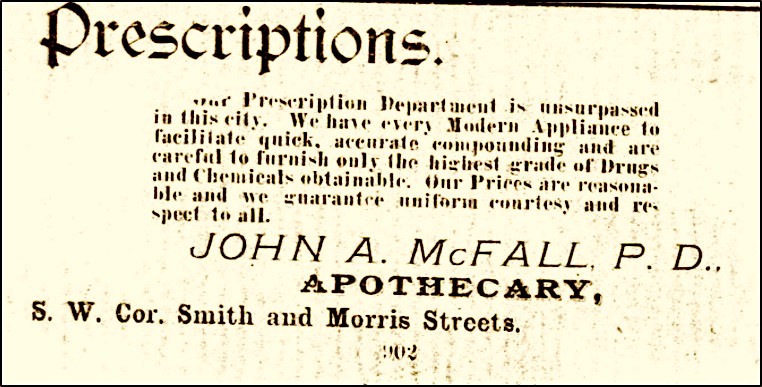 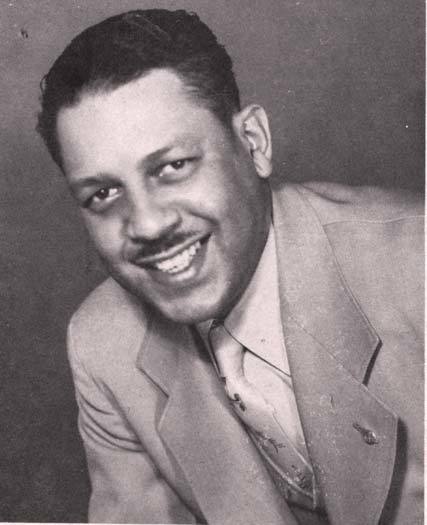 Dr. John Allen McFall and his son, Dr. Thomas Carr McFall, were prominent members of Charleston’s Black middle and upper class, and they regularly participated in political activism. Interested in ensuring employment opportunities and services were available for Black Charlestonians, the McFall family advocated for Black teachers to be allowed to teach Black children in Charleston’s public schools and fought for equality in healthcare.

John Allen McFall opened McFall’s Pharmacy on the corner of Smith and Morris Streets in 1900, which he operated for over fifty years. In 1944, McFall’s Pharmacy was among several Black medical practices in the Radcliffeborough, Cannonborough, Elliotborough neighborhoods on a list of donors for Avery Institute, a school focused on the education and training of the city’s Black students. (Other donors on Morris Street included Dr. John A. C. Jackson with an office at 86 Morris Street, and Dr. Charles T. Holloway with an office at 61 Morris Street.)

Like his father, Thomas Carr McFall began his education at the Avery Normal Institute. After earning his MD, he returned to Charleston to practice. He left again to serve in the United States Medical Corps in World War II, returning once again to Charleston where he became director of the Cannon Street Hospital and was the first African American appointed to the South Carolina State Hospital Advisory Council and to the State Board of Health. As Medical Director of the Cannon Street Hospital, he successfully appealed to both the Charleston County Council and the Black community for funding to construct a new hospital. He served as director of the new hospital, McClennan-Banks Memorial Hospital, until it closed in 1976. 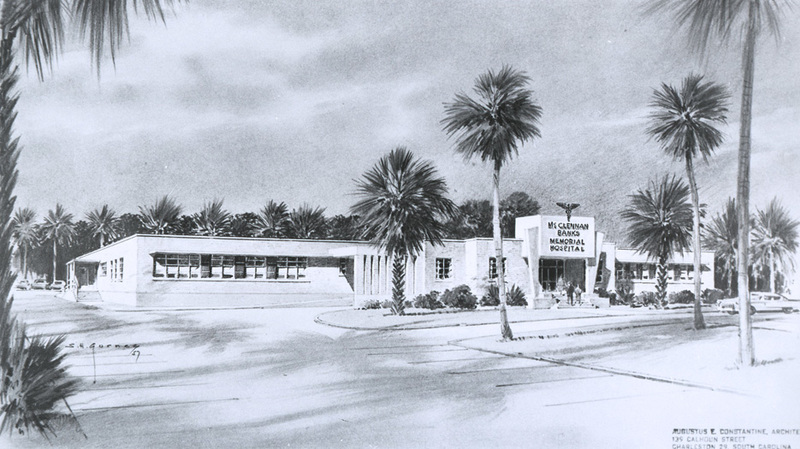 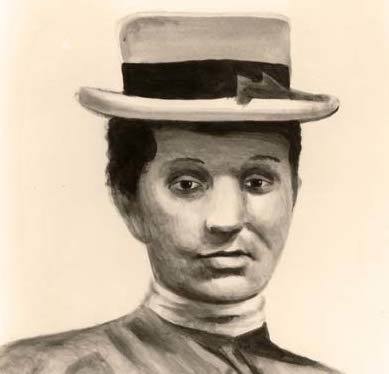 When Dr. Lucy Hughes Brown moved to Charleston in the late 1890s, she not only helped establish the Cannon Street Hospital and Training School for Nurses, but she also became the first African American female physician to practice in the state of South Carolina. As one of the founding physicians of the Cannon Street Hospital, also a teaching hospital, Dr. Brown headed the nursing training department. It was the first hospital in all of South Carolina to have a training school for nurses. With Dr. Brown leading the nursing school, her pedagogical emphasis was on the importance of balancing a textbook education with kindness towards the patient and on-the-job practical training and experience. She was also an associate editor on South Carolina’s first Black medical periodical, the Hospital Herald. Dr. Brown established the important role women played at the Cannon Street Hospital in caring for the residents of the Morris Street Business District neighborhoods. 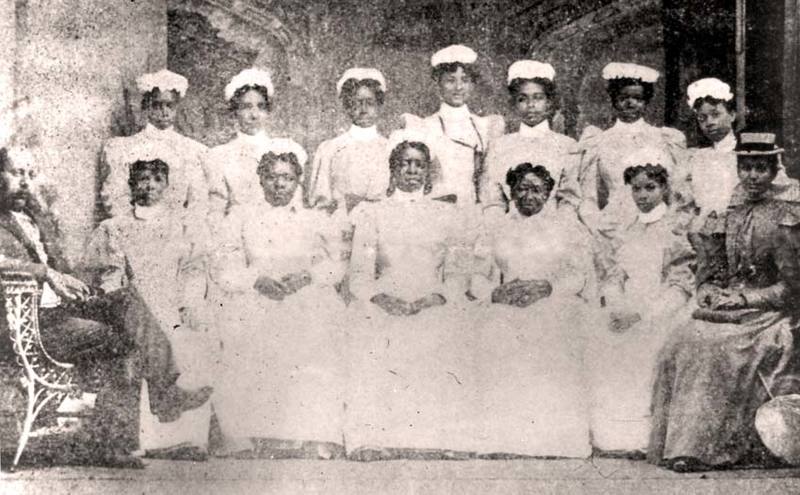 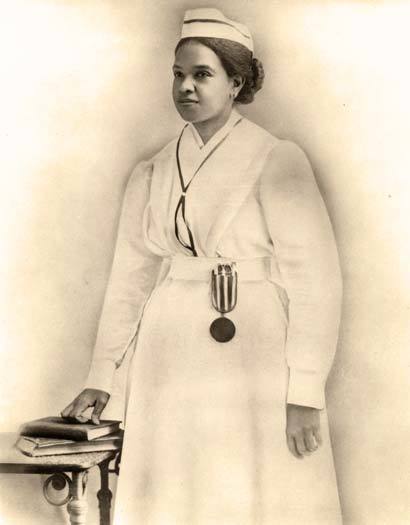 Anna DeCosta Banks grew up in Charleston, attended public school, and went on to graduate from Hampton’s Dixie Hospital of Nursing. She returned to Charleston in time to immediately begin working at the newly opened Cannon Street Hospital where she provided nursing care for mostly African Americans, working alongside Dr. Lucy Hughes Brown, Dr. McClennan, and the rest of the Black medical staff. In addition to her work as a nurse, she also assisted with fundraising to help support the hospital as many community members who needed care could not afford it. She successfully fundraised for the Cannon Street Hospital in both the Black and white Charleston communities.

First serving as head nurse, Banks became Superintendent of Nurses, a position she held for thirty-two years at the hospital. Evangeline Banks Harrison, Banks’ daughter, noted that she rarely saw her mother outside of her nursing uniform. Harrison went on to become the Medical Records Librarian at the McClennan-Banks hospital, named in part for her mother. In honor of Anna DeCosta Banks’ lifetime of service in the state, the Medical University of South Carolina (MUSC) named a wing after her. 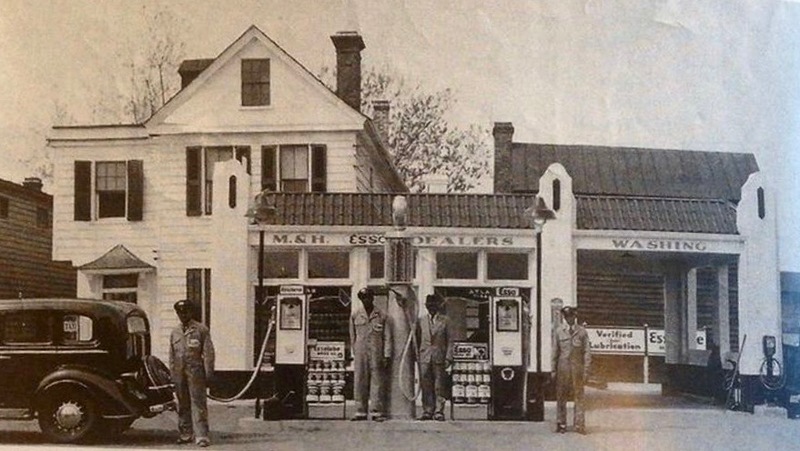 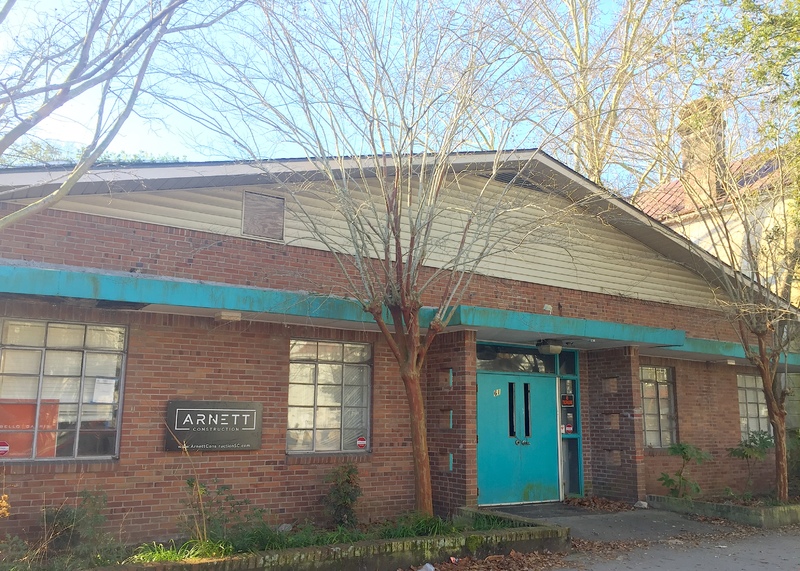 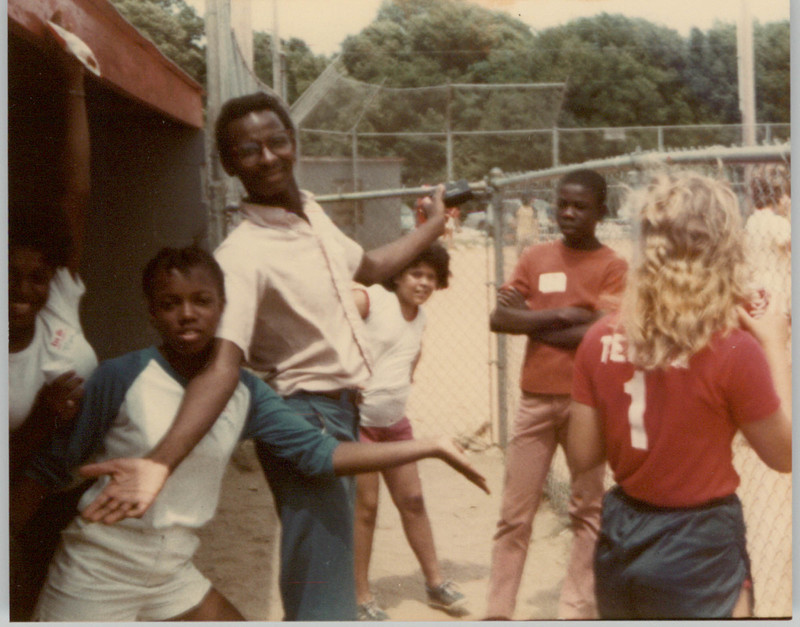 (Middle) Cannon Street YMCA building, photograph by LDHI, 2021. (Bottom) People playing baseball after public parks were integrated in Charleston, circa 1980, courtesy of Avery Research Center for African American History and Culture. Morrison served as president of the YMCA and fought to integrate public recreational spaces, particuarly so that all children would have access to these spaces.

Robert F. Morrison grew up on Morris Street, and spent his life working in and for his community. Like many African American leaders, Morrison’s entrepreneurial career was accompanied by a constant fight to obtain equal rights and opportunities for African Americans. Morrison worked for the U.S. Postal Service, and then as Americans took to the road with their vehicles, he opened an Esso gas station on the property where he had grown up in the heart of the business district. Black-owned gas stations were essential to African Americans looking for safe places to obtain essential services. Esso gas stations were particularly important to African Americans as it was the only major retailor to carry The Negro Motorist Green Book, a booklet listing Black-owned and Black-friendly hotels, restaurants, and service stations so that traveling African Americans could safely visit new towns and cities. Morrison, therefore, not only served the business district’s Black residents but also traveling Black families in search of safe services.

Morrison was also known for his community service. In addition to his membership of the Charleston chapter of the National Association for the Advancement of Colored People (NAACP), Morrison served as president of the Cannon Street branch of the Charleston Y.M.C.A at 61 Cannon Street, designed in 1950 by renowned African American architect and contractor Herbert A. DeCosta. The Cannon Street Y.M.C.A. serviced the city’s Black community and particularly children. As president of the Cannon Street Y.M.C.A., Morrison led a letter writing campaign opposing white-only public beaches and parks, which Black citizens were required to pay taxes to support. He was in search of recreational spaces where African American children could safely play. He went on to form South Carolina’s first Black Little League team, the Cannon Street All-Stars. He also fought for lighting at the city’s Black athletic park and for the All-Stars to compete in the Little League baseball tournaments. Because of the work of citizens like Morrison, public parks and recreational spaces were pushed to integrate.