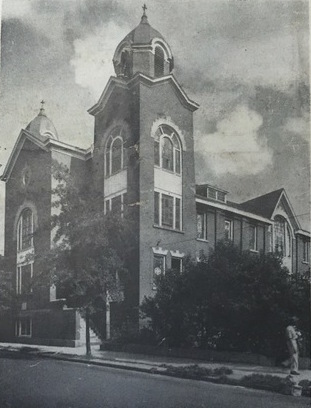 Morris Street Baptist Church, photograph from a church program, 13 Morris Street, 1957, courtesy of the Avery Research Center for African American History and Culture. Starting as a two-room building, the church completed construction of this new building in 1909 to accomodate their growing congregation. 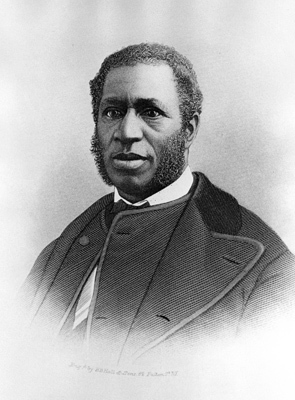 Richard Harvey Cain, circa 1870s, courtesy of National Archives and Records. In addition to serving as a minister at Morris Brown AME and Emanuel AME on Calhoun Street, Richard Harvey Cain was also a politician. His service in both spheres is symbolic of the way African Americans saw their churches as religious, cultural, and political pillars in their communities.

Prior to Emancipation, the enslaved population was largely unable to gather independently for religious purposes due to widespread fear among the white population that unsupervised gatherings would promote autonomy and spur thoughts of rebellion. With Emancipation and the occupation of Union troops in Charleston, the city’s newly freed Black population retreated from white churches and helped establish independent congregations to practice Christianity on their own terms.

In 1865, formerly enslaved people who attended the First Baptist Church on Church Street created a new congregation with seventy-three members. Three years later, they purchased the lot at 25 Morris Street to formally create the Morris Street Baptist Church. Like the Morris Street School, the church’s location was largely dictated by the area’s dense Black population. Reverend Jacob Legare, a free person of color before the war and a resident of Logan Street, led the congregation until his death in 1885 when the congregation’s membership had swelled to more than 2,700 people.

As emancipated Black families chose their place of worship free from the demands of whites, the Emanuel AME Church on Calhoun Street saw rapid growth of its congregation. Clergyman and politician Richard Harvey Cain was overseeing the church at the time, and in response to the packed pews, he oversaw the establishment of the Morris Brown AME Church at 13 Morris Street in 1867. At Morris Brown AME, Reverend Cain preached about the city’s turbulent race relations in the wake of the Civil War. The congregation was part of the larger African Methodist movement, which became the second largest denomination in the state with over five thousand members by the early 1880s.

Reverend Cain also operated the Missionary Record, a newspaper produced in a no-longer extant outbuilding associated with Morris Brown AME. The Black press was another important cultural outlet that shaped the African American experience following the Civil War and its presence on Morris Street represents the neighborhood’s role as a hotbed of activism and culture during Reconstruction and the Jim Crow era. The newspaper focused on state-wide and national news related to equal rights in education and politics, but often advertised local businesses and organizations. The Missionary Record was joined by at least five other newspapers published for and by African Americans in Charleston from 1865 to 1900. 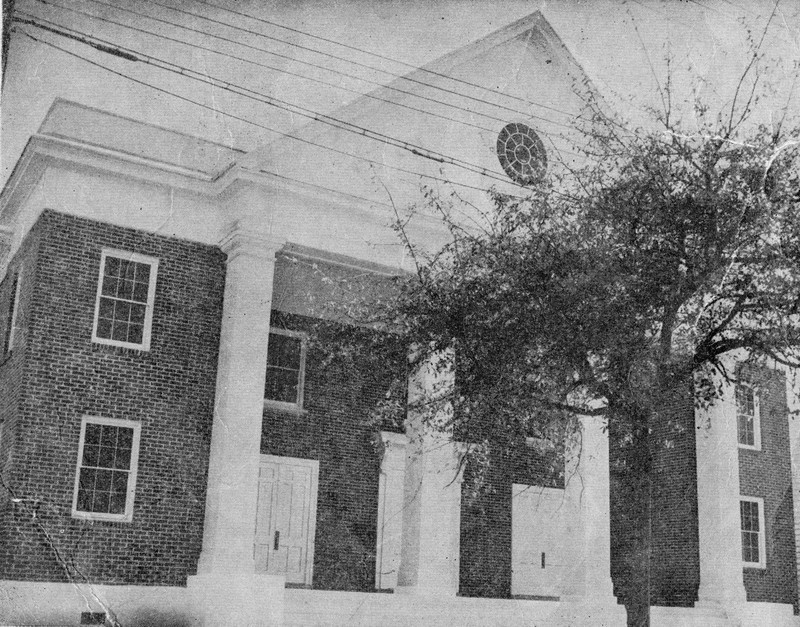