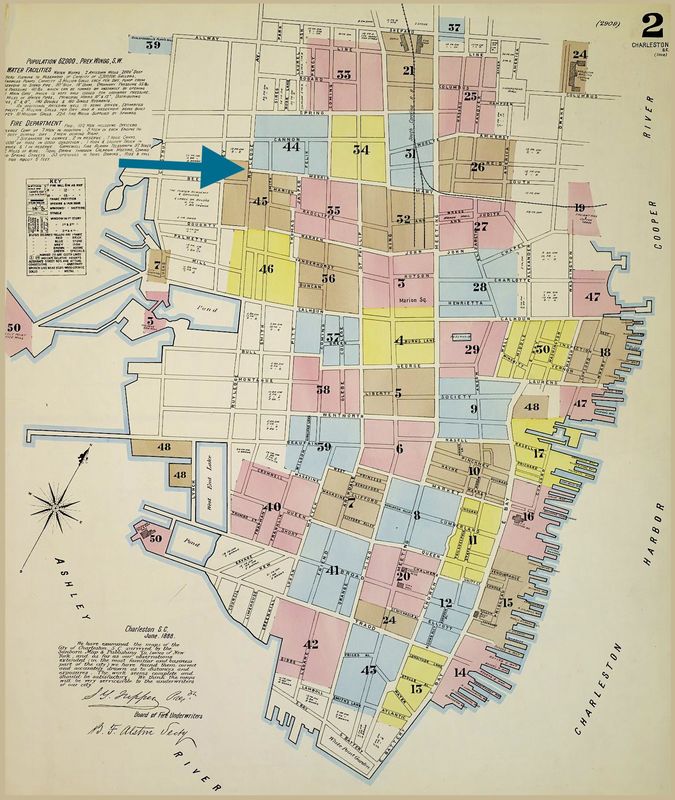 Map of Charleston peninsula, Sanborn Fire Insurance Map, 1888, courtesy of Library of Congress. An arrow points to Morris Streets location on the peninsula.

The Morris Street Business District Project, initiated by the Preservation Society of Charleston's Thomas Mayhem Pinckney Alliance, highlights the rich and diverse history of Morris Street and the people who historically shaped its built environment. The digital exhibition illuminates the commercial and cultural evolution of a single business district on Morris Street and its surrounding neighborhoods. Beginning in the antebellum period as free people of color invested in its development, the exhibit explores the district's nearly two-hundred-year history and includes an interactive map to showcase the histories of specific properties significant to the district’s story.

The Morris Street Business District, a geographically small part of the Charleston peninsula, represents the stories of hundreds of Black and immigrant families, their fight for equality and their cultural expression through the businesses and institutions they created. The district’s historic character, from the postbellum period to the civil rights movement, reflects the broader evolution of Charleston’s peninsular neighborhoods north of Calhoun Street and their significant role in shaping the city’s cultural identity. However, the loss of some of the street’s most significant structures—such as 1850s tenements, immigrant-owned corner stores, and private businesses linked to the national civil rights movement—attests to the difficulty of preserving historic architecture and neighborhood character amidst the unprecedented pressures brought by modern development in one of the world’s most visited cities. The Morris Street Business District Project has therefore been launched as a digital exhibit to document and bring focus to the significant architectural and cultural history of Morris Street, an area that reflects the impacts of key historical moments and movements in the city, region, and nation. 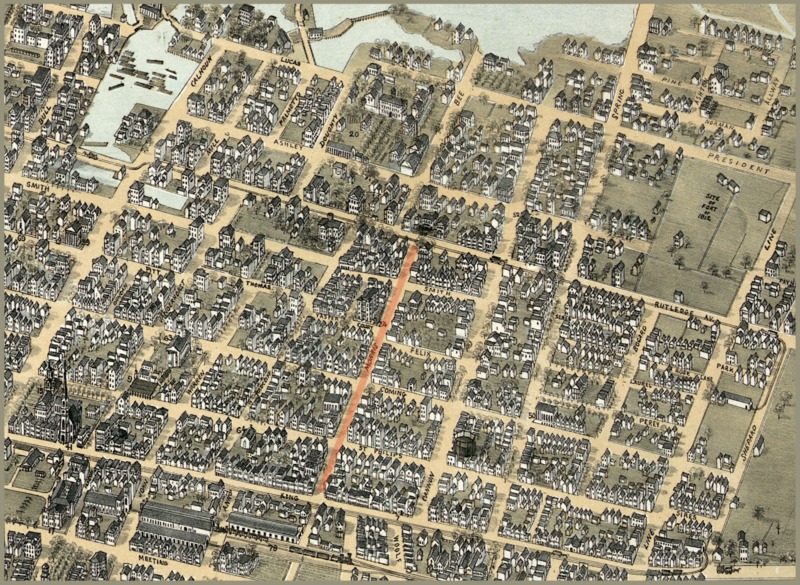