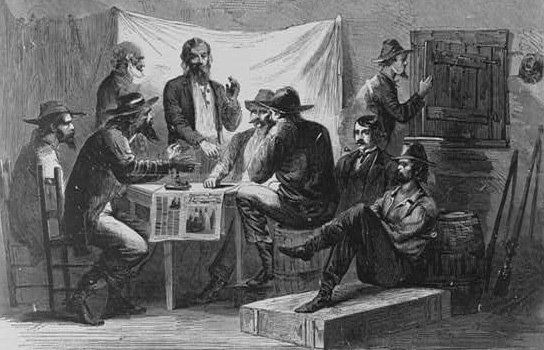 White supremacy developed incredible social and political power during the closing years of Reconstruction, but the historical record suggests that this was far from inevitable. In the latter phase of the Civil War and into the early period of Reconstruction, many southern white conservatives seemed deeply concerned at the fragility of the racial alliance that bound planters and poor whites together. Looking back from the twentieth century, when the racial and economic hierarchies of the Jim Crow system appeared to be firmly in place in the U.S. South, it can be easy to assume that all whites, whether rich or poor, powerful or powerless, agreed with one another on how society should be ordered. But the wartime and immediate postwar South was a more complicated place: in recent decades, for example, scholars of the Civil War have emphasized that one of the key reasons for the defeat of the Confederacy was the growing disenchantment, dissent, and outright resistance of poor whites toward the war. White disaffection tended to be stronger outside of plantation regions, in upcountry and mountain districts in the western parts of North and South Carolina, for example, and it is here that Republicans experienced brief success in winning some white support. 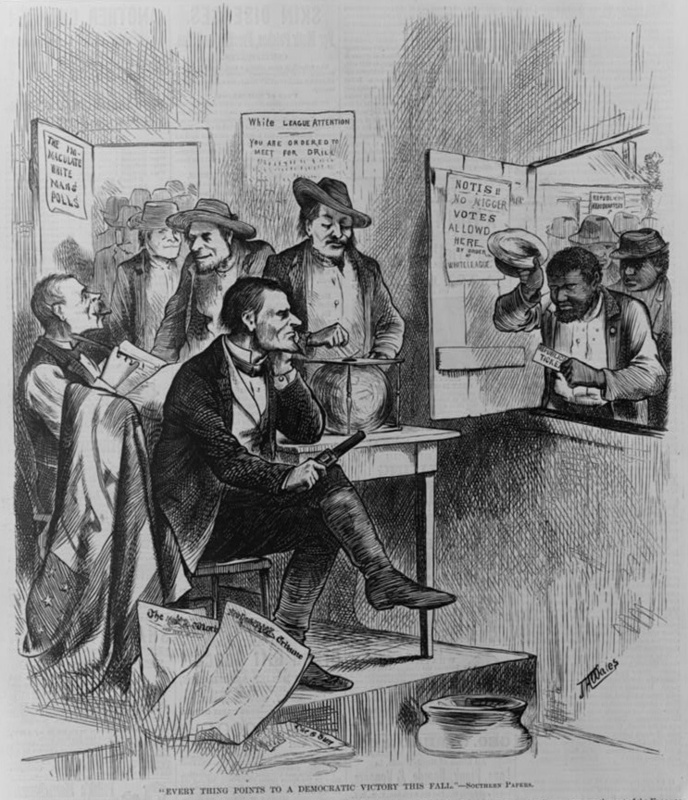 "Everything points to a Democratic victory this fall - Southern Papers," 1874, wood engraving by James Albert Wales, courtesy of Library of Congress Prints and Photographs Division.

During Reconstruction, many poor whites retained their hostility toward the traditional planter elite, sometimes even taking the bold step of forming alliances with those who had recently been enslaved. A significant number of poor whites sought these alliances with freedpeople because many of the policies of Reconstruction, such as homestead protections, helped poor people regardless of race. Planters accustomed to commanding both their slaves and their poor white neighbors reacted with a mixture of violence and puzzlement to these interracial alliances. In 1872, for example, former Confederate cavalry General Matthew C. Butler explained to the Congressional committee investigating the Ku Klux Klan that men of his class felt undermined when they realized that their counsel was not being listened to. Pre-war elites were stunned when, after Appomattox, they could no longer exercise the prerogatives of command they had assumed to be their birthright. The Ku Klux Klan itself was hardly a model of white unity; they often attacked whites who supported the Republican Party, or whites who engaged in activity as innocuous as helping freedpeople to build a church. 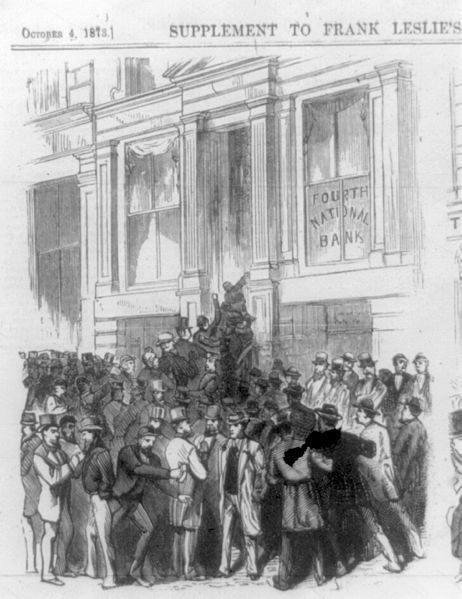 "The Panic—Run on the Fourth National Bank," New York City, New York, Frank Leslie's Illustrated Newspaper, 4 October 1873, courtesy of the Library of Congress. The Panic of 1873 caused northern economic concerns to take precendent over the struggles of southern freedpeople.

By 1872, Republican leadership on the national level began to embrace a more ambiguous stance on Reconstruction. This retreat was accelerated by the Panic of 1873. The onset of this depression elevated northern economic concerns over Washington’s commitment to upholding freedpeoples’ rights in the South, smoothing the process of Republican disengagement. The foundations of Reconstruction were beginning to weaken. Sensing these shifts, planters on the state and local level seized back the initiative, and in South Carolina white conservatives (organized in the “Conservative and Democratic Party”) launched an all-out campaign to overturn the Republican state government in 1876.

One of their key strategies was to obtain the political support of all whites, whether by conviction, persuasion or coercion. Once in power, however, white southern elites reversed the Republican policies that had benefited white and black poor farmers. This betrayal eventually led many poor whites to seek a new political home in Populism, or the People’s Party, away from both the planter-dominated Democratic Party and the increasingly discredited Republicans.