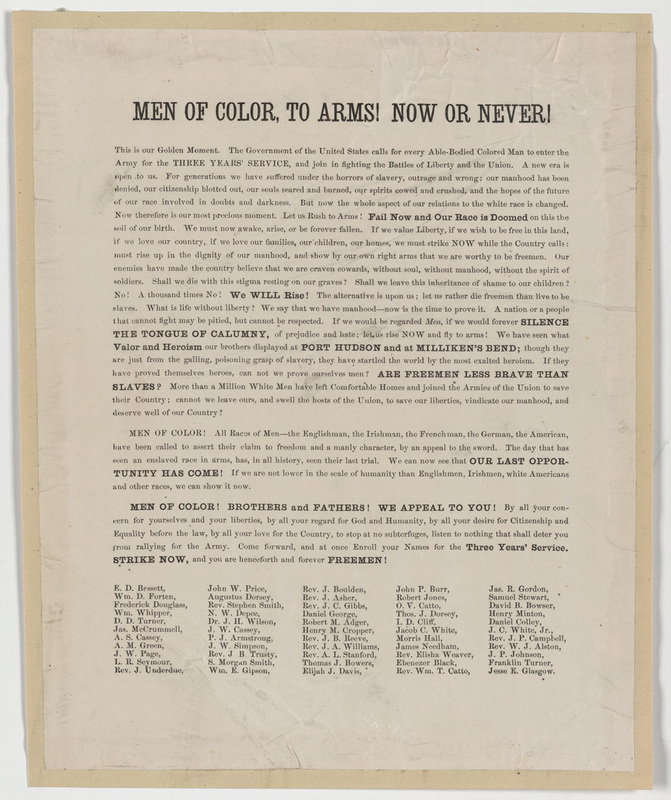 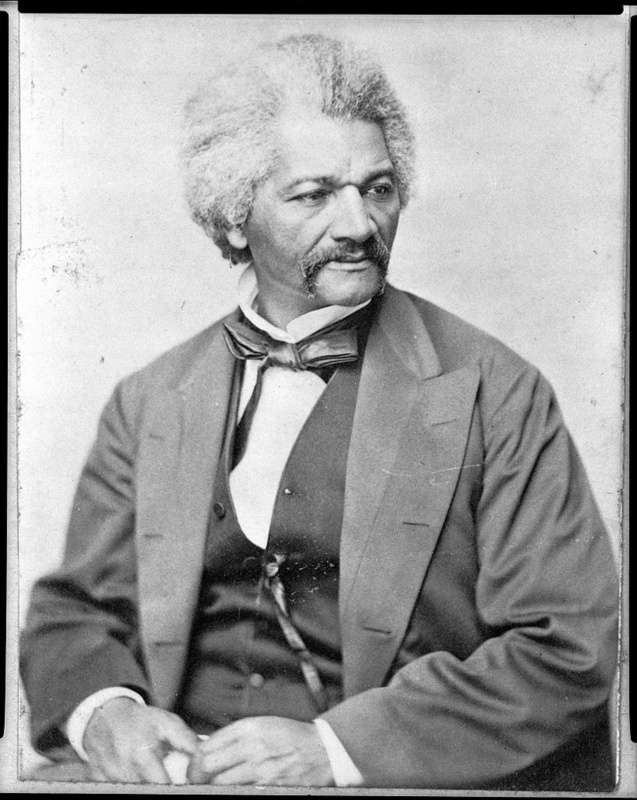 Although President Abraham Lincoln's government in Washington D.C. was slow and inconsistent in aligning its military policy with the goal of uprooting slavery during the Civil War, among slaves themselves there seemed to be a clear sense from the very outset of hostilities that the war would not end without upending the system that held them in bondage. “When war began between the North and South,” Booker T. Washington recounted in his autobiographical Up from Slavery, “every slave on our plantation knew that, though other issues were discussed, the primal one was slavery. Even the most ignorant members of my race on the most remote plantations felt in their hearts, with a certainty that admitted of no doubt, that the freedom of the slaves would be the one great result of the war if the Northern armies conquered.”

Antislavery advocates in the North, including many free blacks and escaped slaves like Frederick Douglass, also believed that the war provided an opportunity to secure freedom for the slaves through black military service. If black men could demonstrate their willingness to fight for freedom and prove themselves as equals to white men on the battlefield, then African Americans could stake their claim as equal citizens after the war. In the early years of the Civil War, individual northern commanders enacted piecemeal measures aimed at compelling the Lincoln administration to reconsider the Union's policy prohibiting black military enlistment. Their early efforts were unsuccessful because the administration's approach to black enlistment was bound up with a larger problem: any change in allowing black military service depended on a more fundamental shift on the question of black freedom.

This major change of direction finally occurred in the late summer of 1862, when Lincoln issued his preliminary Emancipation Proclamation, which was consummated in the final Proclamation that became effective on January 1st, 1863. This executive order not only opened up the door to freedom for slaves in Confederate-held territory; it also cleared the way for enlisting black troops in the Union Army. "The opportunity is given us to be men," Douglass told an audience shortly afterwards: 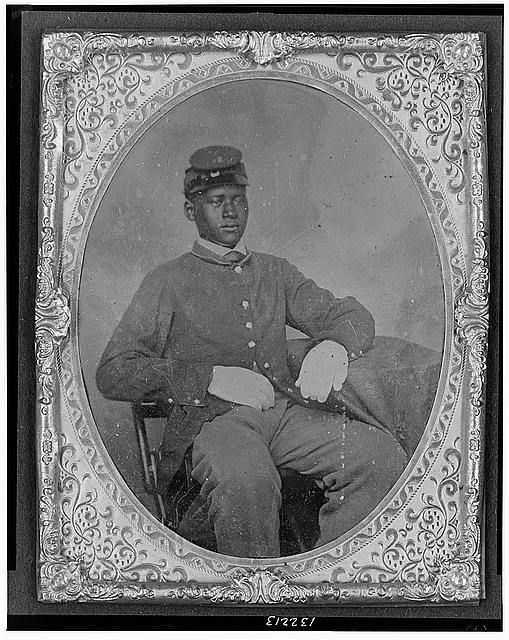 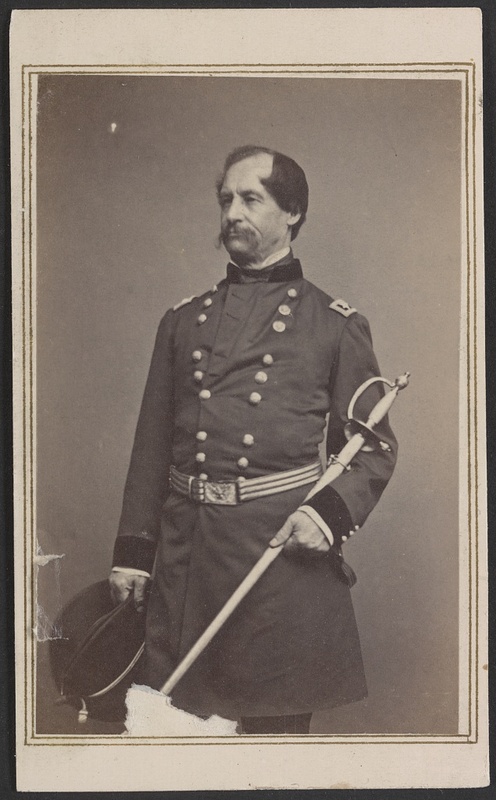 "With one courageous resolution we may blot out the hand-writing of ages against us. Once let the black man get upon his person the brass letters U.S., let him get an eagle on his button, and a musket on his shoulder, and bullets in his pocket, and there is no power on earth . . . which can deny that he has earned the right of citizenship in the United States."

By the time the Emancipation Proclamation went into effect, some three to four thousand black soldiers were already in arms, recruited as a result of small-scale, semi-official initiatives in areas under Union occupation. By the end of the war more than 180,000 black men would serve in the Union military. Eastern North Carolina and lowcountry South Carolina became the sites for some of the most ambitious early attempts to assemble black regiments: General David Hunter had been recruiting men in coastal Georgia and South Carolina since the late spring of 1862, and by the end of that same summer Union forces had established a presence on some of the sea islands and port towns of eastern North Carolina.

In Union-occupied areas of the Carolinas, black Union soldiers assisted significantly in harassing Confederate forces. The Emancipation Proclamation gave local commanders the formal authority and logistical support that they needed to broaden these efforts, and by the summer of 1863 Union officers were aggressively organizing in both states. In North Carolina, for example, General Edward A. Wild assumed responsibility for organizing the 'African Brigade', and in South Carolina a team of abolitionist-minded commanders that included Rufus B. Saxton, James Montgomery, Robert Gould Shaw, and Thomas W. Higginson undertook similar work in organizing the 1st and 2nd South Carolina Volunteers.

In both states, the black regiments were made up overwhelmingly of former slaves. The radicalizing effect of Union occupation on the coastal Carolinas was repeated when Union forces reached the interior. In early 1865, General William T. Sherman marched his troops up from Savannah and deep into both of these Confederate states. In response, thousands of slaves deserted their owners. For many years afterwards, white residents of the piedmont and the upcountry heaped abuse on Sherman's black troops, whom they held responsible for urging slaves to desert their owners and strike out for their own freedom. 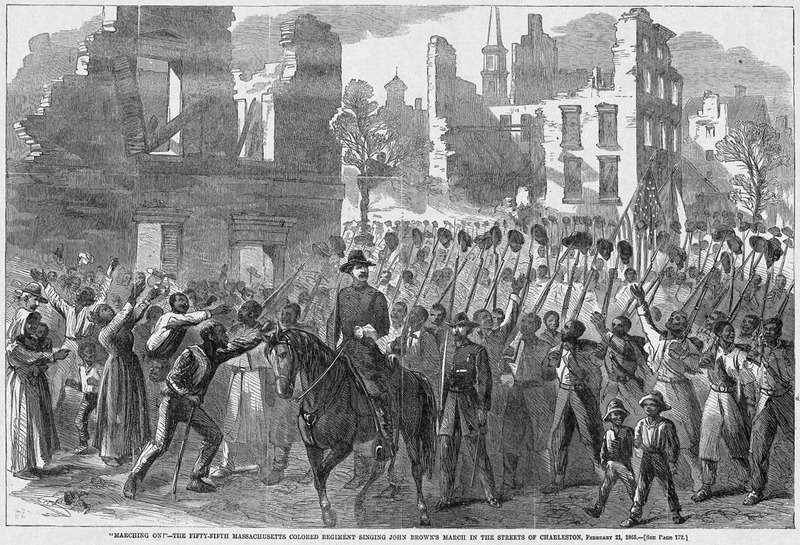