The property known today as The College of Charleston at Stono Preserve has many stories to tell from its first occupation by prehistoric peoples, to its use as a religious center and a plantation, to its most recent developing story as a research center. Stono Preserve’s constructed landscape reflects the changing cultural ideas of the South Carolina Lowcountry. These lands witnessed some of the most significant events in the region including the Yamasee War, the Stono Rebellion, the rise and fall of slavery and the plantation system, and significant changes in southern agricultural practices during Reconstruction. Additionally, the ruins of St. Paul’s Parish Church, one of the earliest Anglican churches in the region, are located on the property. As the use of the property changed so too did its landscape. 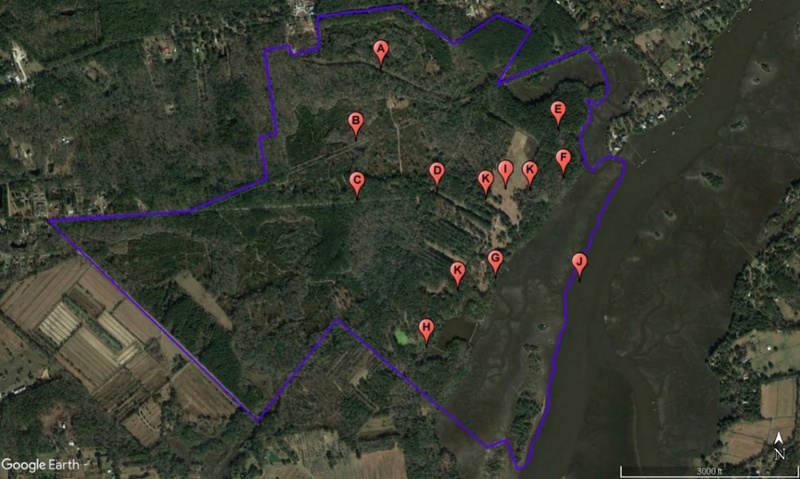 Over the past 300 years the property’s boundaries have changed several times. Consequently, the total acreage of the property differs during various periods. The approximately 1,000 acres that comprise today’s property are located in southern Charleston County. Stono Preserve sits along the west bank of the Stono River, which played a significant role in shaping the property’s history and use. Plats, maps, and photographs throughout this exhibit reflect the many changes to this landscape.

In 1995, the late naturalist John Henry Dick bequeathed the property to the College of Charleston Foundation. Today, the Stono Preserve landscape includes maritime forests, fallow fields, reconstructed rice ponds, and remnants of a pine plantation. Traces of its former plantation landscape remain, including an avenue of oaks and old rice canals. Other constructed landscape features include the early-eighteenth century St. Paul’s Parish churchyard, a mid-to-late nineteenth century carriage house, two twentieth-century tenant farmer houses, and John Henry Dick’s mid-twentieth century art studio. By weaving together archaeological evidence and historical documents, this exhibit examines the changing landscape of one Lowcountry location. In doing so, it unifies many important historical patterns and events in Lowcountry history and begins to tell the stories of the people who lived and worked this land in the past, and now who steward the land preserving it to provide a buffer to encroaching development, while also using it as a research and teaching center for College of Charleston students and faculty. 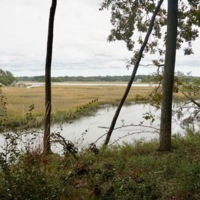 View of the Stono river, photograph by Mills Pennebaker, 2019. 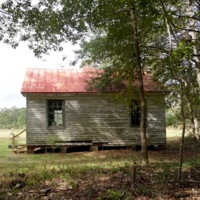 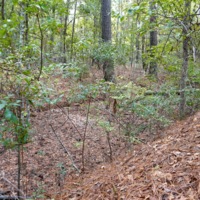 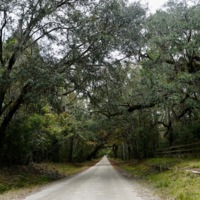 The Landscape of Prehistoric Peoples →