The Landscape of Prehistoric Peoples 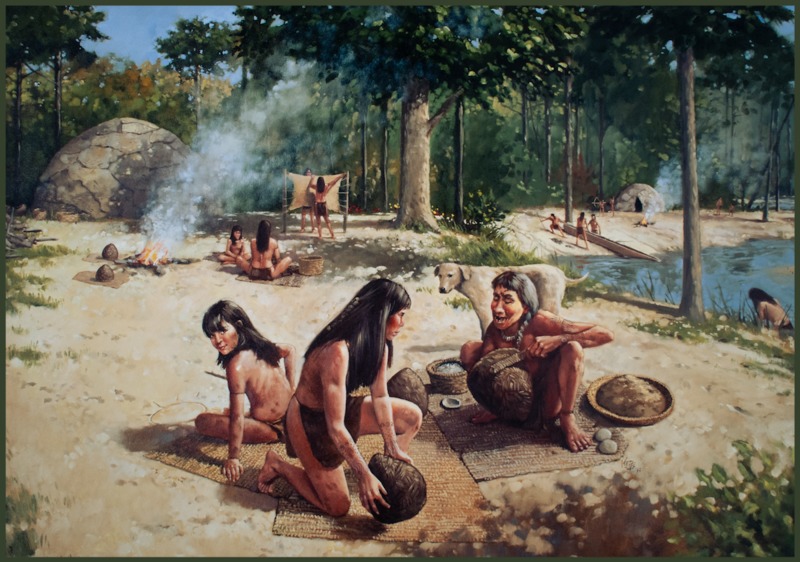 Illustrated scene of Middle Woodland potters, painting by and courtesy of Martin Pate.

Though little is known about the prehistoric people who lived along the Stono River, archaeologists can use the material culture left behind to make interpretations about their lives. While here, prehistoric peoples altered the landscape very little, though they did use it. Evidence of this is provided by the things they discarded and left behind such as stone tools, pottery, and baked clay objects. These artifacts date to the Late Archaic Period (5,000-3,000 years ago) and the Woodland Period (3,000-1,000 years ago). The most intense use of this land was during the Woodland Period when prehistoric peoples in the Southeast made several technological and cultural advancements, including plant domestication, pottery production, increased social and political complexity, and more settled communities. 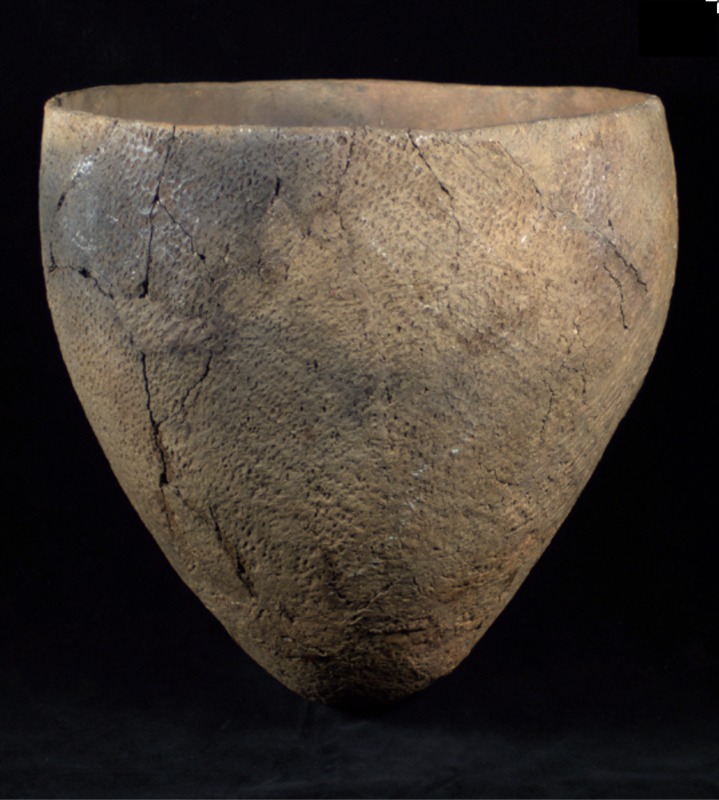 While artifacts related to prehistoric peoples were recovered across the property, their most significant use of the landscape was along the Stono River at a Woodland Period site. There, archaeologists found evidence of the cultural and technological changes that define that period. Sherds of pottery once used to store and prepare recently domesticated and wild seed crops are abundant. Prehistoric peoples constructed these vessels by first adding sand to clay they gathered locally. They formed individual clay coils that they shaped into the desired vessel. Before firing the pot, they frequently added an impressed surface decoration, most often using cords, but they also used fabrics and stamps. Based on the density and distribution of prehistoric pottery, this site was a heavily occupied, semi-permanent or even year-round settlement, rather than a seasonal camp. While this settlement was occupied it would have been significant on the landscape and prominently visible from the river. Today it is only evident in the archaeological record.

For approximately 6,000 years, prehistoric peoples lived, worked and transformed this landscape. They took advantage of its relatively high ground (20-25 feet above mean sea level) for protection and used the Stono River, its tidal creeks, and marshes for fishing and collecting shellfish. More importantly, these waterways provided a route for transport and trade. Centuries later, these same landscape features and the advantages they conveyed continued to attract people to this place.

← Introduction
The Landscape of Religion →