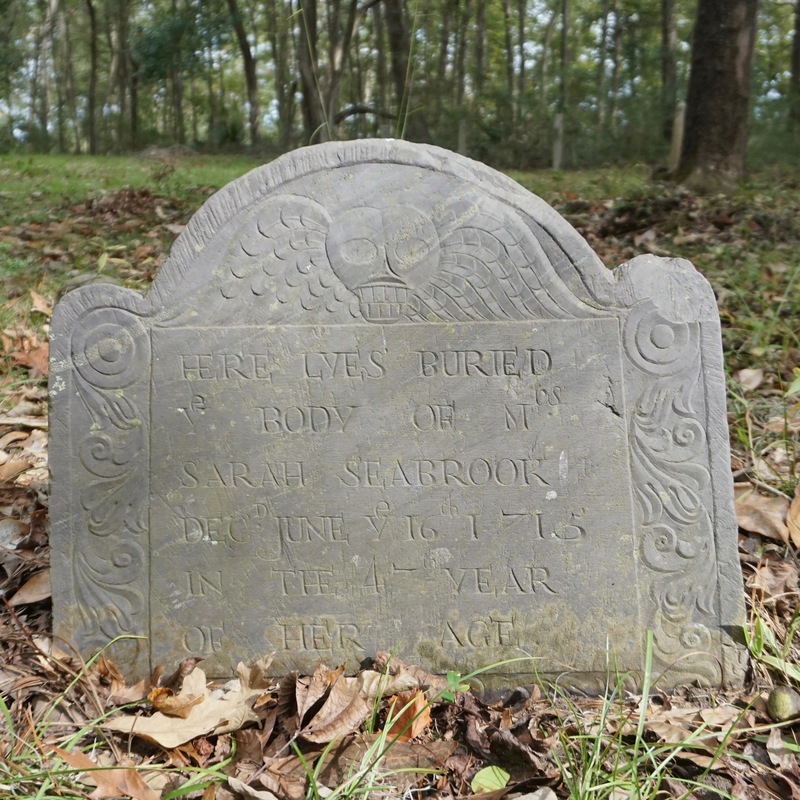 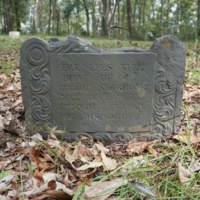 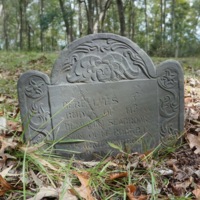 While the church is no longer there, several gravestones remain in the churchyard. Four eighteenth-century gravestones mark the burials of Robert Seabrook (d. 1710), Sarah Seabrook (d. 1715), Benjamin Seabrook (d. 1719), and Amerinthia Elliott Lowndes (d. 1750). John Henry Dick (d. 1995) is also buried here. The three Seabrook burials are the oldest known dated gravestones in South Carolina. Marked with headstones and footstones, the Seabrook gravestones were decorated with the death skull and cherub motifs, common of the eighteenth century. Robert Seabrook, originally an English merchant, owned over 2,000 acres of land. Some of his land was located immediately across the Stono River from the churchyard. He served as one of the parish supervisors overseeing the church construction. Immediately to the right of Sarah Seabrook’s headstone are two mortar bases that once supported gravestones possibly marking the burials of other family members.

An eighteenth-century head stone connects the parish’s colonial history to its statehood. Amerinthia Elliott Lowndes burial is marked only with a headstone. Per her epitaph, she died on January 14, 1750 at the age of twenty-one. Amerinthia was the daughter of a planter family from the Rantowles community, a few miles from the churchyard. As a daughter of a planter family, marriage was accompanied by a dowry that included land. Amerinthia Elliott married Rawlins Lowndes in 1748.  It was Amerinthia’s dowry that placed her new husband, Rawlins Lowndes, in the class of landed gentry. His new land ownership qualified him for his first political position and marked the start of a life-long career path for Rawlins. 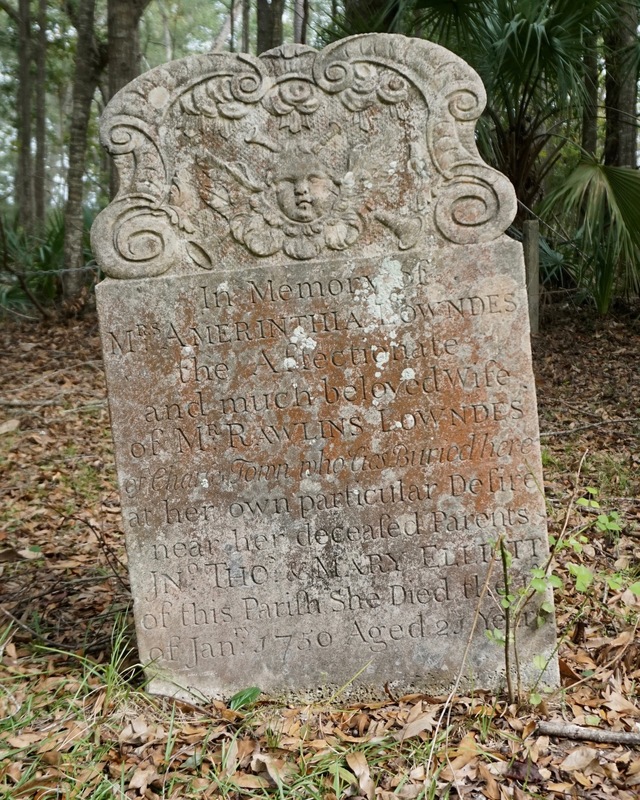 Rawlins Lowndes became a wealthy landowner deeply invested in the slave system. He was also a successful lawyer and prominent politician during and after the American Revolutionary War. As the president of the newly formed South Carolina, he fought against federal control of commerce because he feared it would impede the use of slavery in southern states where the economies were built upon it.

Although these are the only marked eighteenth century burials, it is unlikely they were the only people buried in St. Paul’s Parish churchyard. Amerinthia Lowndes’ gravestone references other burials as her epitaph states that she wished to be buried near her deceased parents. Unfortunately, testing using ground-penetrating radar (GPR) did not identify any unmarked graves. However, archaeological testing located several potential burials in an approximately 35-by-25-foot area in the churchyard’s northwest quadrant.

While the exact number of burials is unknown, the relatively small area of potential burials suggests there are not many. This low number is not surprising as it was a common eighteenth-century practice to bury people in family cemeteries on their property. St. Paul’s Reverend Orr made note of this practice in a September 30, 1744 letter when he discussed his extensive travel throughout his parish to “Bury the Dead which is generally done on the Plantation where they lived.” 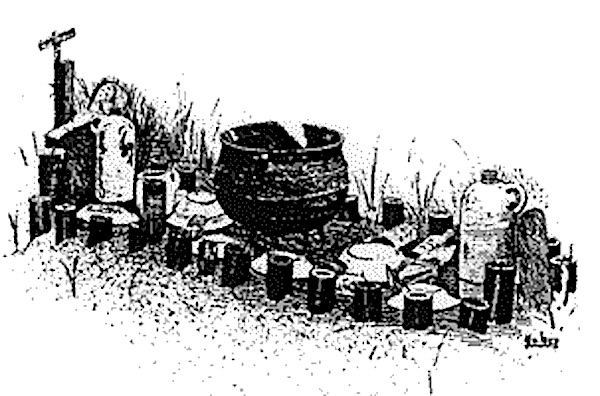 Illustration depicting features of an African burial site in the Lowcountry, courtesy of SCIWay.

There are no records listing the names of those buried in the cemetery. However, burial practices of the period would suggest they were white parishioners, not enslaved peoples. Enslaved Africans brought with them their own traditional religious beliefs and rituals, which they continued to practice in the Carolina colony. Even if an enslaved person wanted to convert to Christianity, colonial slaveholders rarely allowed it because they were concerned that once baptized, they would not be allowed to enslave that Christian. In 1707 Reverend Dun expressed his frustrations with parish planters because they were not allowing him to fulfill one of his primary goals, bringing Christianity to the enslaved Africans. Over three decades later, St. Paul’s Reverend Orr wrote that the parish had “near 4000 Negros in it [but] very few of whom know any thing of Christianity at all.” To date, documentary and archaeological investigations have not revealed where people enslaved by the church were buried. However, historians and archaeologists have discovered that the burials of enslaved peoples were often governed by the religious practices brought with them from West and Central Africa.