The Landscape of Enslavement 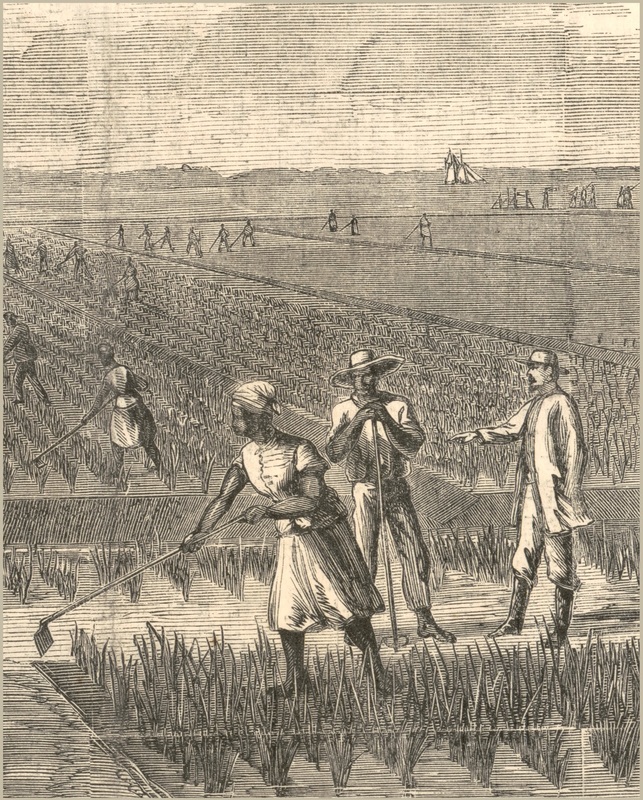 Laborers in a Lowcountry rice field, from Rice culture on the Ogeechee, illustration by A. R. Waud, Harper & Brother, New York, 1867, courtesy of Library Of Congress.

South Carolina planters typically used enslaved African labor acquired through the trans-Atlantic slave trade, particularly from West and Central Africa. In the colonial period, they also used white and black indentured laborers from Europe. Before the Yamasee War, they enslaved Indigenous peoples. By the early-to-mid eighteenth century, however, plantation owners planned their economic success specifically around the use of enslaved Africans and their descendants. In fact, in 1708, just one year after St. Paul’s Parish Church construction began, people of African descent became the colony’s majority population. As colonizers’ wealth increased from the products of enslaved peoples, particularly from rice, plantation owners purchased increasing numbers of enslaved Africans. In addition to their labor, Africans from Senegambia and the Windward and Gold coasts, brought with them their knowledge of rice cultivation. This led to rice’s agricultural success in South Carolina, a crop that resulted in enormous wealth for plantation slaveholders. Though these English planters experimented with a range of cash crops, by the early-eighteenth century, rice was the region’s number one export. 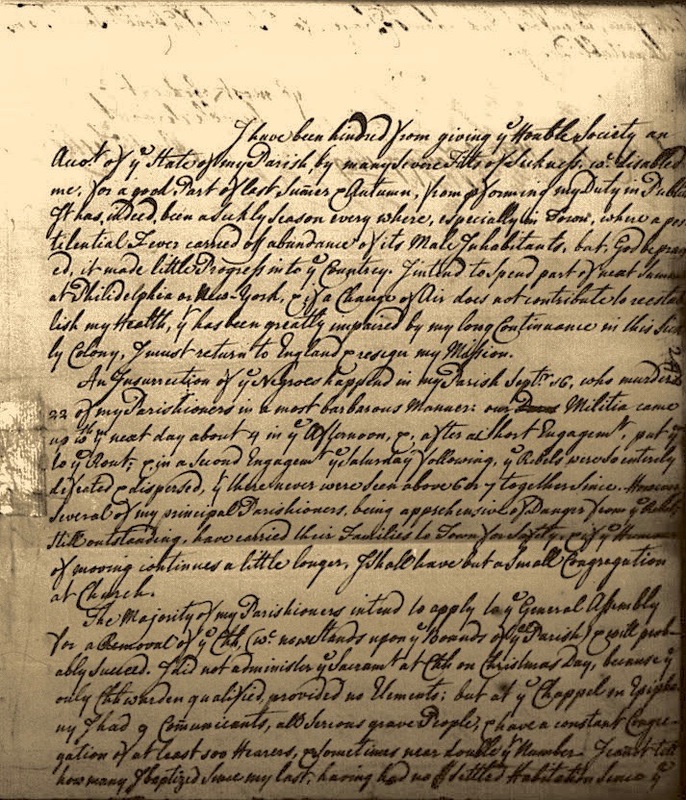 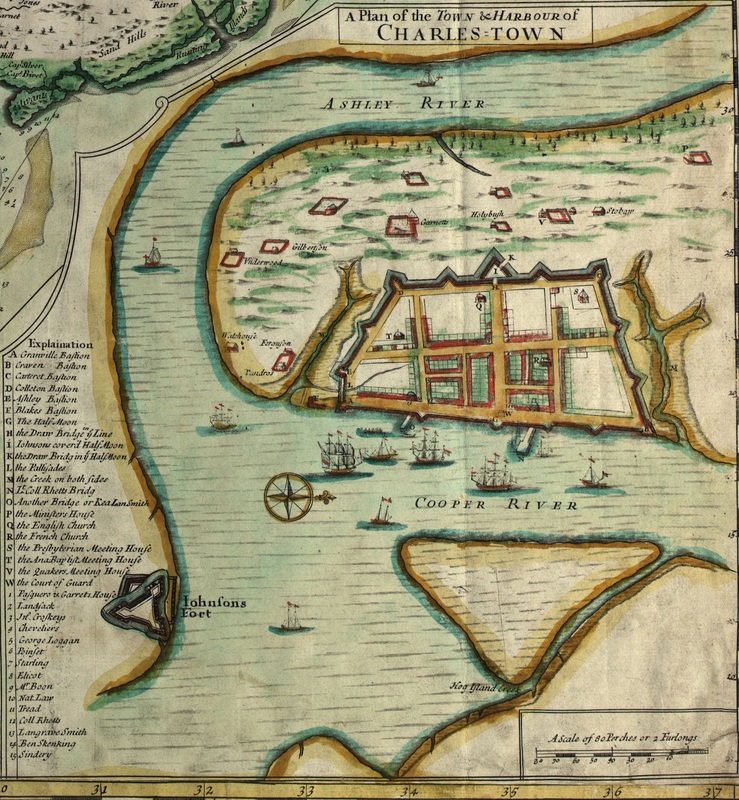 In colonial America, including St. Paul’s Parish, enslaved peoples resisted their status in a variety of ways. They purposefully delayed work, ran away permanently or temporarily, and engaged in open rebellion. The most significant act of collective resistance in South Carolina, the Stono Rebellion, began in St. Paul’s Parish—near the present-day Rantowles community, two miles north of Stono Preserve. On September 9, 1739, a group of approximately twenty enslaved people broke into a store, stole firearms and gunpowder, and killed the storekeepers. They took with them weapons and drums and carried banners with the word “Liberty” on them. They shouted this call for freedom as they marched southward from the store, possibly along modern-day Highway 17, or even down Willtown Road (today Dixie Plantation Road). Along this march for their freedom, they killed approximately twenty white settlers, including women and children, and increased their ranks with dozens more enslaved people joining them. Over the course of the day whites returned fire and killed just over twenty enslaved people involved in the revolt. It took over a week before the last of the escaped African militia were caught by both English settlers and Indigenous peoples who took payment for runaway captures. In all, over sixty people died as a result of the Stono Rebellion.

The Stono Rebellion had a significant impact on the future of slavery in the colony. In response to the slave revolt, the Carolina legislature passed the Negro Act of 1740, which included restrictions on assembly and movement of enslaved and free Africans in the colony, prohibited them from learning to read or write, and mandated patrol service for all militiamen. Colonial rulers also outlawed the African drum because the English believed it was being used as a military organizing tool by enslaved militia. The fear created by the events of the Stono Rebellion was visceral. Several planters in the area moved from the rural parish into the city of Charles Town where more protection existed. In January of 1740, over four months after the September 9th revolt, Reverend Leslie, the minister of St. Paul’s Parish, warned that if these settlers continued moving to the city, he would have “but a Small Congregation at Church.”

Slavery in South Carolina and throughout the Atlantic World operated based on oppressive and violently enforced racial hierarchies that defined enslaved peoples as chattel property. Despite this, Africans and their descendants living in St. Paul’s Parish and across the Lowcountry carved out unique social structures and cultural identities that strongly influenced the economic, political, spiritual, and artistic life of the region during enslavement, after emancipation, and into the present-day. Much of the Lowcountry culture with African roots became identified in the nineteenth and twentieth centuries as Gullah-Geechee culture.