Continuities and Changes in Women’s Lives: From Enslavement to Emancipation 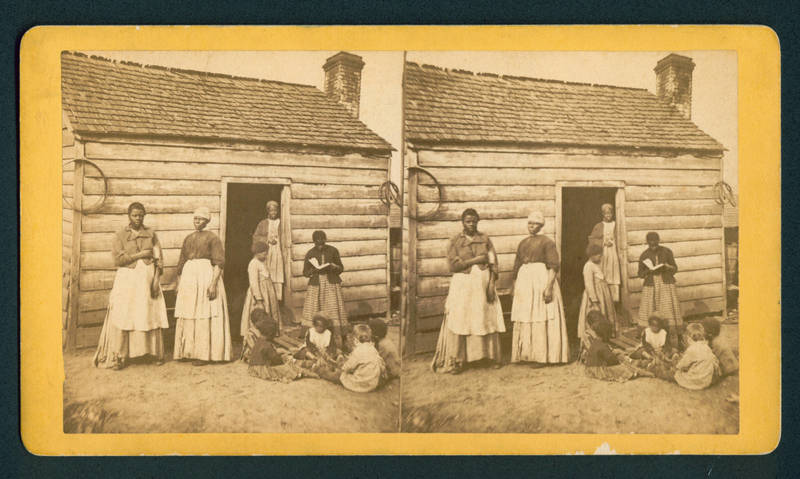 The Civil War of 1861-65 cleaved the United States in two, and ultimately resulted in the emancipation of some four million enslaved people via the Thirteenth Constitutional Amendment of 1865. Enslaved women’s experiences of the Civil War differed from each other and from enslaved men in significant ways. Spared the bloody horror of battlefields that some enslaved men were forced to participate in, some women nonetheless witnessed the war’s violence and brutality. For others, wartime was characterized by continuities as they continued to live on plantations just as they always had. The upheaval of war meant enslaved women had a more diverse range of experiences than they had previously: some lived in a state of conflict with white female enslavers, while others became liberated at a relatively early stage of the conflict, and were able to carve out a lifestyle that became characteristic of the post-war era. Others suffered from violence, poverty, and ill-health after seeking refuge in Union camps.

Another change arrived for many enslaved women and men with the Emancipation Proclamation. In 1863, President Abraham Lincoln freed by law enslaved people in states that seceded from the United States. The Proclamation was a military wartime measure designed to disrupt the Confederacy by enticing enslaved men and women to escape to freedom by making their way to regions overtaken by the United States military. Many of the men then joined the United States military, but with women unable to join the military to fight, their experience of war was wholly different. 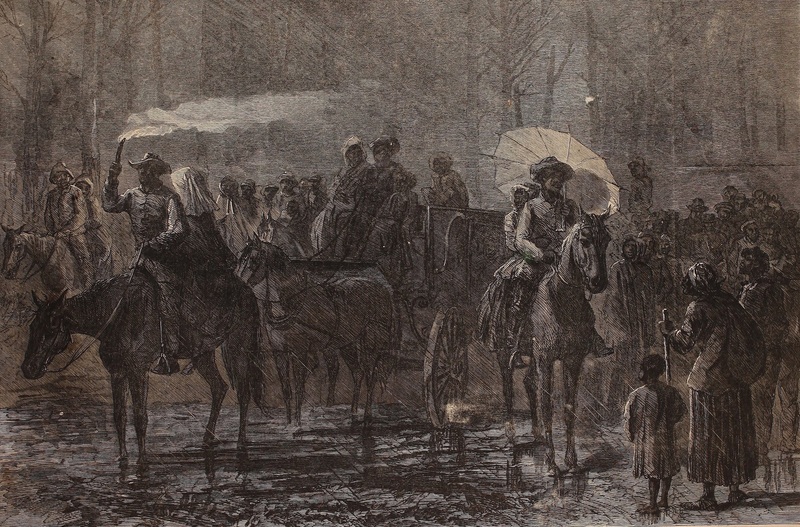 However, many enslaved people remained unaffected by the Emancipation Proclamation. Only the Thirteenth Amendment of 1865 finally abolished slavery throughout the United States, and the Fourteenth Amendment in 1868 later granted the four million newly freed people citizenship in addition to liberty. In South Carolina, the state with the highest percentage of the population enslaved, the Thirteenth Amendment freed 57 percent of the population. The majority were women. In the Lowcountry, the slave population accounted for even more of the general population. Therefore, in the most densely enslaved region of the most densely enslaved state, Lowcountry enslaved women far outnumbered both white women and white men, and they even outnumbered enslaved men. These women, required to carry an enormous labor burden with no legal freedom, constituted nearly a third of the state’s population. Their emancipation and citizenship resulting from the Civil War started a long road to obtaining an American ideal of freedom. It was an incomplete freedom, as George King understood:

As the United States moved into the Reconstruction era marked by black codes, and then into the Jim Crow era of legal segregation, freed women’s lives were again characterized by both changes and continuities. Across the South, some newly freed women worked as sharecroppers or tenant farmers bringing in crops for white landowners. Others reconnected with their families and moved to cities or worked on small plots of family-owned land. On the more remote Lowcountry islands, women found themselves able to practice self-sufficient farming in family groups. Women also fought to preserve their relationships, their families, and their religious worship. Many immediately looked for opportunities to gain an education. All of their newfound freedom, though, existed within the boundaries of a society built on and characterized by intense racism and discrimination. 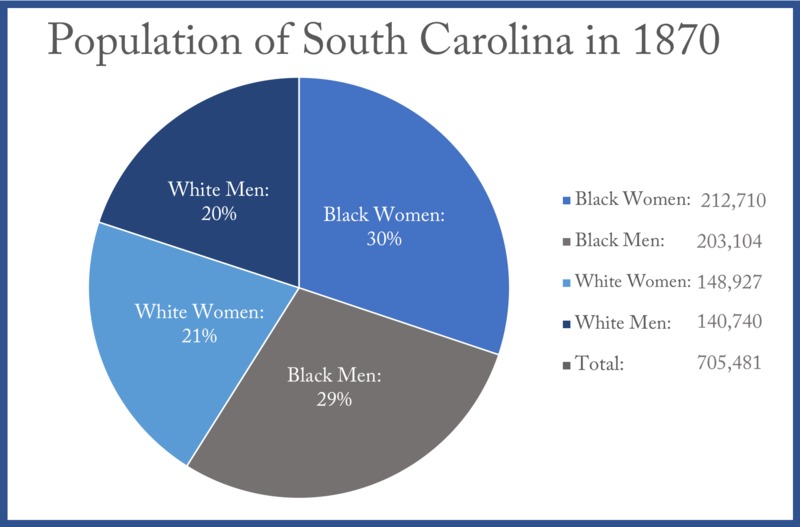 Population of South Carolina in 1870, data courtesy of US Census Records. When the Thirteenth Amendment freed all people in the United States, Black women and men were the largest racial majority. Whites used Black codes to restrict the political and social power the Black majority had the potential to create for themselves.