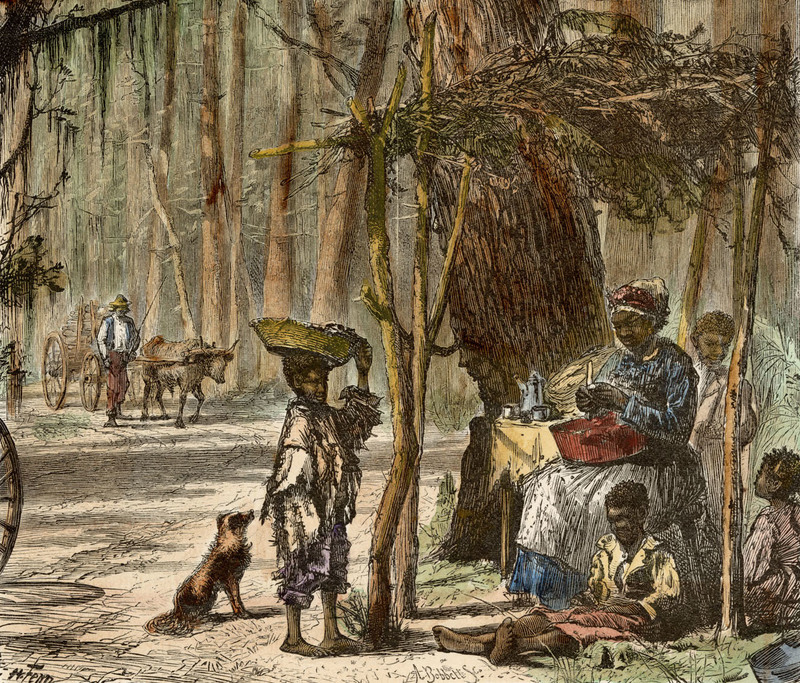 While the labor they performed for slaveholders dominated enslaved women’s lives, they cherished the "off-times" time they spent with their families and communities, typically the hours after sunset when granted some respite from their labors. Men were the main beneficiaries of free-time in "sundown to sunup" hours because slaveholders more commonly assigned additional labor to women to complete at night, and women also bore the brunt of domestic labor for their families. Any free time that women could eke out for themselves was therefore highly prized indeed. Moreover, women’s cultural opportunities provided them with pleasure, excitement, hope, dignity, and a sense of their own humanity in the face of slavery’s brutality. Such empowerment hence enabled cultural forms of resistance to enslavement that made women’s everyday lives more tolerable. Yet culture was also a double-edged sword for enslaved women because enslavers had the power to shape the overall contours of their slaves’ cultural lives for their own benefits. For example, in religious practices there existed a tension between that imposed by slaveholders and the more secretive beliefs of enslaved people. Although grounded in Christianity, religious beliefs took a variety of forms. For Lowcountry women, the regional specificity of Gullah culture also influenced their language, beliefs, and daily activities during enslavement, the Civil War, and thereafter.