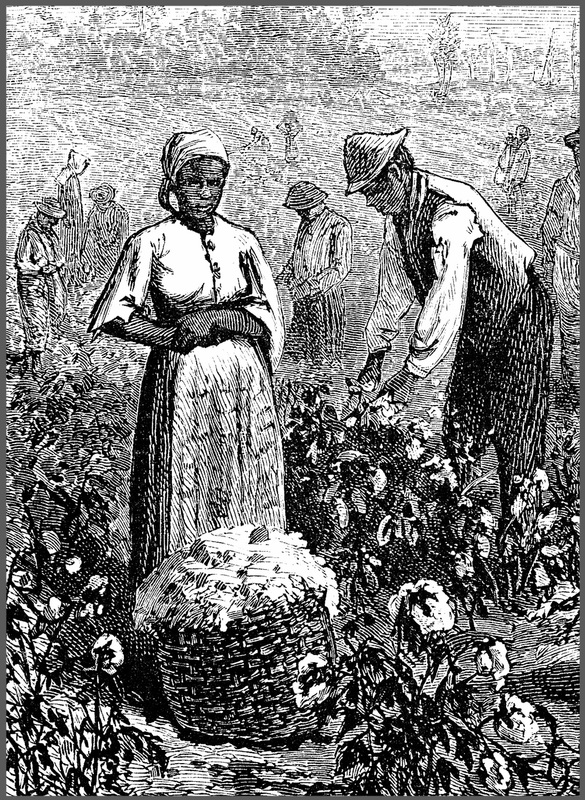 Illustration depicting a pregnant woman resting while working in a cotton field, from Scribner's Monthly, Alabama, 1874, courtesy of the Educational Technology Clearinghouse.

Women also faced exploitation by slaveholders because of their ability to reproduce. Enslavers desired more slave laborers in a society where economic success was based on this exploitative regime. So, women endured a dual exploitation of being forced to labor for slaveholders and simultaneously increase the supply of the enslaved population through reproduction. This dual exploitation exposed tensions in the system of slavery itself because enslavers tried to preserve the value of their property, even when unborn, but at the same time they desired physically to abuse women whose work did not meet expectations. Hence enslavers found ways to whip women in ways they believed would protect valuable future offspring. Punishers commonly tied up women and forced them to strip off their clothes before a whipping, but if these women were pregnant then, as WPA respondents testified, women would sometimes be forced to dig a hole in the ground, and lie face down in it to receive their punishment, so as to protect their unborn child. While it is impossible to quantify the number of times that white people in authority whipped their enslaved women, whether pregnant or not, the fact that physical violence appears frequently in a variety of testimonies shows that the practice was routine, even expected, in enslaved people’s everyday lives. However, enslavers rarely whipped a slave to death because they wanted to preserve their property. 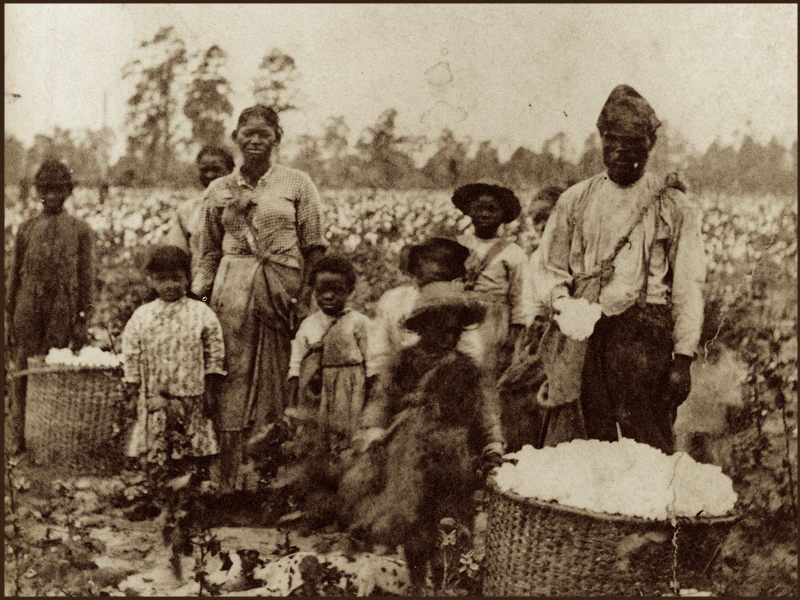 Women’s gender influenced the forms of reproductive exploitation they endured in other ways, too. Sometimes slaveowners forced enslaved women to breastfeed infants not their own—either those of white families or of other enslaved women. Enslavers’ use of women to feed other infants was a form of oppression at the intersection of women’s work labor and reproductive labor. Enslaved in Mississippi, WPA respondent Mattie Logan described her mother’s role as a wet nurse:

"Mother nursed all Miss Jennie’s children because all of her young ones and my mammy’s was born so close together it wasn’t no trouble at all for mammy to raise the whole caboodle of them….They say I nursed on one breast while that white child, Jennie, pulled away at the other! That was a pretty good idea for the mistress, for it didn’t keep her tied to the place and she could visit around with her friends most any time she wanted." 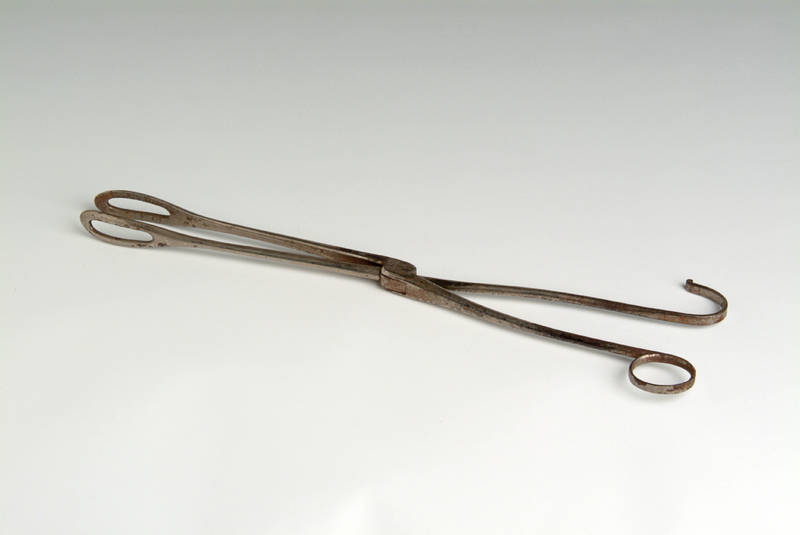 Slaveholders’ interest in forcing enslaved women to reproduce frequently led to them working with white doctors, and their relationships with medical men led to enslaved women’s exploitation as patients of medical testing. Slaveholders hoped medical intervention would ultimately increase their property, and doctors used medical experimentation to heighten their own status and prestige as the profession developed over the nineteenth century. Originally from Lancaster County, South Carolina, Alabama slaveholder J. Marion Sims, for example, performed many agonizing and brutal operations on his enslaved women as he gained his reputation as the "father" of gynecology in the United States.

Whether they expressed unwilling or complicit behavior as they underwent their medical exploitation, bonded women feared and distrusted both their enslavers and medical professionals. However, bonded women and men were rarely in a position to avoid or refuse treatment because plantation owners determined when a white doctor was called and what action the doctor could take. Julia Brown explained in her WPA interview that during enslavement the doctors came by buggy or on horseback:

“Them that rode on a hoss had saddle pockets just filled with little bottles and lots of them. He’d try one medicine and if it didn’t do no good he’d try another until it did good.” 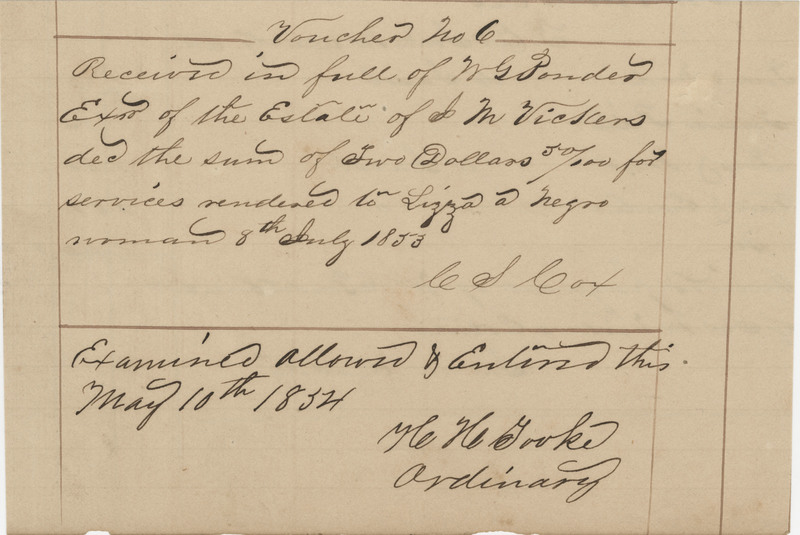 Brown’s retelling illustrates that many white antebellum doctors were willing to risk experimental treatment on enslaved people. An enslaved person’s inability to refuse treatment made it nearly impossible for them to express the degree of risk they were willing to take on. In other cases, however, enslaved women were clearly against and fearful of the treatment doctors forced upon them. In the 1830s, four Charleston doctors performed an experimental ovarian surgery on an enslaved woman to remove a tumor from her body. The doctor recording notes wrote that the women “screamed and struggled violently,” after which she was restrained so that the doctors could perform the surgery against her will. The racializing of Black bodies, as “strong and robust” writes historian Deirdre Cooper Owens, meant that medical men perceived enslaved women as less susceptible to pain and so they frequently avoided anesthesia, even when it was readily available.

The exploitation of enslaved women’s reproductive abilities took multiple forms. The American slave system used women to reproduce the next generation of enslaved labor, feed enslaved and white infants, test medicines, and perform risky surgeries related to obstetrics and gynecology. With enslaved women in the Lowcountry making up more than half of the enslaved population, nearly all of them experienced some form of reproductive exploitation over the course of their lives.