Women in the Urban Lowcountry 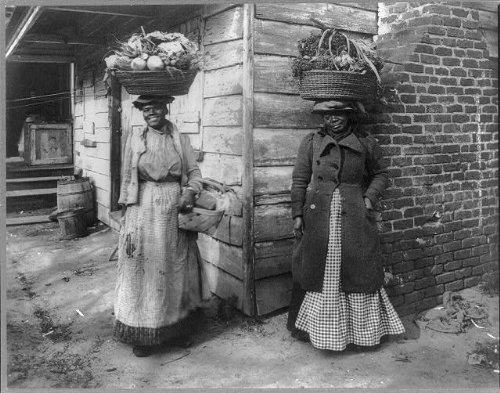 African American women carrying baskets on heads, circa 1920, courtesy of the Library of Congress.

Enslaved women and free women of color who lived in the port cities of the Lowcountry, namely Charleston and Savannah, lived with different rhythms than those who lived permanently on plantations. Like people who lived in urban areas elsewhere in the United States, people in Lowcountry cities lived in a wider world than people on rural plantations. In cities, enslaved women came into contact with people from different ethnic and racial backgrounds and different classes and free status. Ships docking in the ports brought not only newly enslaved African peoples until 1808, but they also carried European migrants, from Scotland and France to Poland and Germany. Enslaved women in urban spaces were part of a diverse population that included both wealthy and poor American and Europeans, enslaved and free Blacks, and biracial people who were referred to as “mulattos.” Cities were hence far more diverse places with more opportunity than rural plantations. 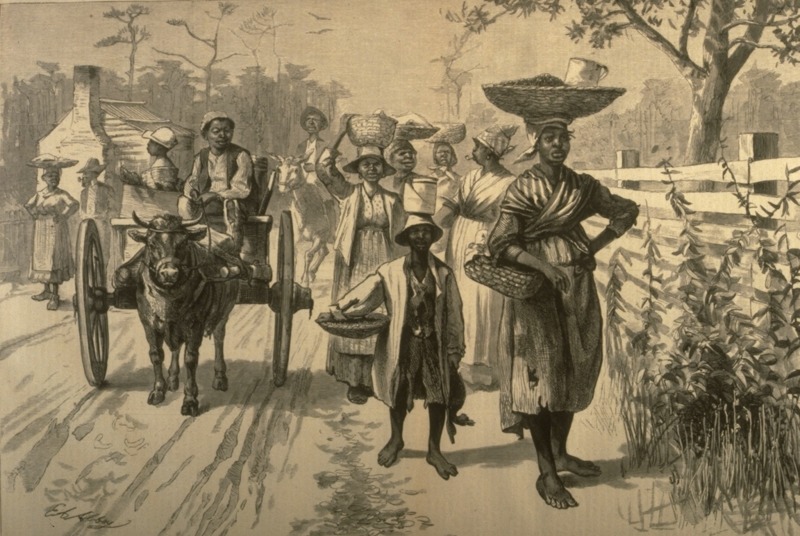 The majority of the non-white population in Charleston was enslaved, and Black women constituted more than fifty percent of the enslaved population on the eve of the Civil War. Free women of color added to the Black majority in Charleston. Some of these women were born enslaved but later manumitted, while others were born free because their mothers were free women of color. Despite their free status, restrictions based on race limited free women of color’s access to work, education, and social circles. Therefore, regardless of their status or wealth, opportunities for antebellum urban women of color were codified through many layers of city codes and ordinances. White fear of violence and loss of political power led white officials to control Black bodies through these laws, whether enslaved or free. 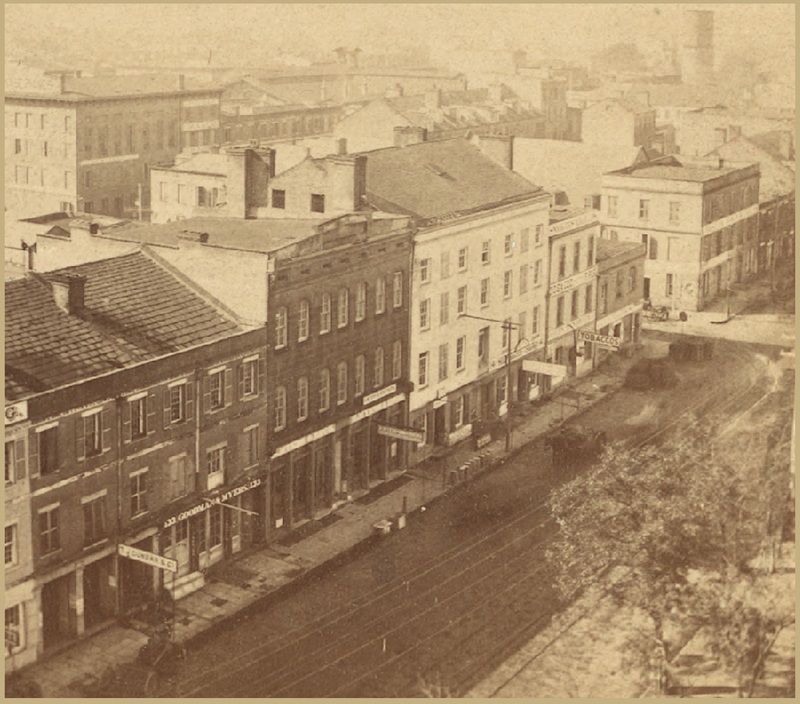 To curtail the free Black population and control the enslaved population, South Carolina enacted laws in 1800, 1820, and 1841 which made it difficult and then impossible for slaveholders to legally manumit enslaved people, even as the slaveholder. As the nineteenth century progressed, white authorities also grew ever-more anxious about enslaved people spending time with free Blacks, believing it would result in revolts. This was especially the case in Charleston after 1822 when a free Black man named Denmark Vesey was charged and hanged for planning a Black revolt in the city. Local authorities therefore introduced new statutes and ordinances that increasingly forbade interaction between these two groups. By the 1850s the attempts to remove or restrict free people of color grew even more intense, and most southern states debated the expulsion and/or the exclusion of all free people of color from their borders, as well as imposing harsher taxations and more restrictions on the geographical mobility of free Blacks. Georgia passed an act in 1859 designed to prevent free people of color moving into the state and enforcing enslavement upon violators. The South Carolina legislature debated a similarly restrictive bill in the same year. Therefore, no matter a women of color’s status as free or enslaved, these laws and local regulations were designed to control their lives in the cities, even for urban women who played prominent roles within local Baptist churches.

The lives of enslaved and free Black women in cities sometimes intertwined, especially since some free Black women were formerly enslaved themselves. Women used whatever means they could to improve their situation and fight for their freedom, since liberty itself brought sought after protections and privileges to women outside the slave regime. However, freedom from enslavement did not mean an escape from racial discrimination or even full citizenship. And while a small percentage of free Black women in urban areas owned property and businesses, they all still found themselves at risk of violence, subject to persecution, and sometimes in abject poverty.

← Culture and Resistance
Enslaved Women in Charleston and Savannah →