Enslaved Women in the Civil War 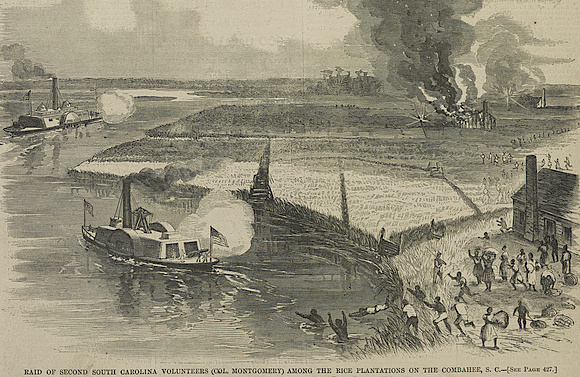 During the Civil War enslaved women’s experiences and responses varied widely depending in part upon their geographical locations. In the Lowcountry and across the South, supervision, access to food, work type, and workload were all subject to change for enslaved women, men, and children. In the Lowcountry, Union troops had victories both early and late in the conflict, meaning many enslaved people saw the immediate effects of the Civil War. Once troops from either side neared enslaved women’s homes, they felt the chaotic and violent impact of a war that would ultimately free them. Enslaved women in the Lowcountry hence had a wide variety of responses to war. Some saw and heard little of the conflict until it was over and authorities granted their legal freedom. Others found opportunities to escape, while still other enslaved women remained on plantations as battles unfolded nearby, unwilling or otherwise unable to contemplate the risks that accompanied attempted escape. They continued with their everyday lives, visiting their praise houses praying for freedom. Some plantation owners on the sea islands moved enslaved people away from encroaching Union lines in hopes of deterring enslaved people from running to Union lines to gain freedom. This made life chaotic and unsettled. In the early years of the war, when the Union captured some of the sea islands on the coast of South Carolina and Georgia, white people fled, leaving thousands of enslaved people behind. Later, on other sea islands, Confederate occupation was replaced by the arrival of thousands of Union troops. 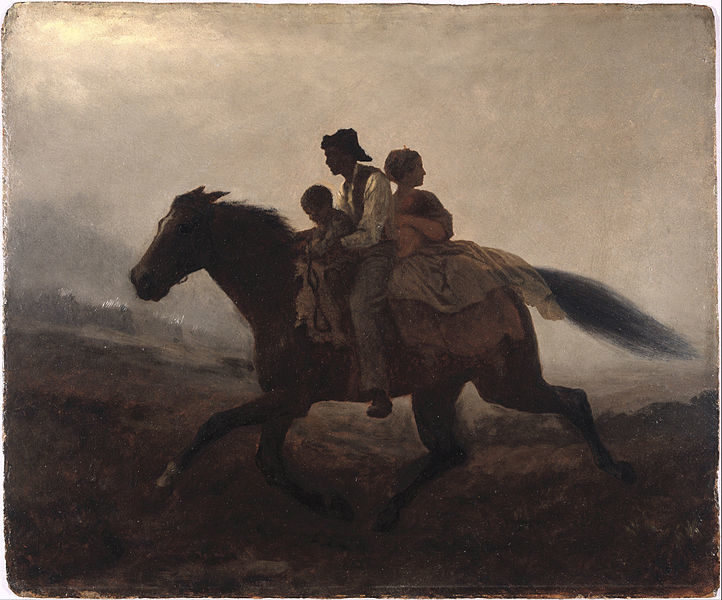 In the Lowcountry, where white women frequently did not live on their plantations year-round, various new forms of oversight took place, including overseers or slave drivers as well as some white women. Sometimes, the enslaved had no white supervision because their slaveholders fled elsewhere. In other cases, enslaved people had to create new homes when their slaveholders moved them all off their plantations to get further away from Union lines, particularly after the Emancipation Proclamation of 1863. All worried about the increasing shortages of everyday supplies as Union blockades took hold. Some enslaved women had to perform ever-more arduous forms of manual labor outside, even for those who had previously spent most of their time laboring as domestics in plantation houses.

The war allowed for enslaved people to more easily escape, and Union occupation of a region enabled freedom earlier in the Lowcountry than elsewhere. More flexible forms of labor such as the hiring out of enslaved women grew more common as the war progressed, as did the ability of women to escape bondage through flight. Some hoped to find loved ones from whom they had been forcibly separated. Others sought out Union lines, especially after Lincoln’s Emancipation Proclamation. While men and women began showing up to United States Naval blockades as early as 1861, the number of escaped women and children increase as the war progressed. In June 1863, six months after the Emancipation Proclamation was established, a reporter aboard a blockade ship off the coast of Charleston wrote of six escaped slaves, two of whom were women: “One of the gunboats pick up, near the North Channel, a dug-out boat containing four men and two women… They stated that they had come down one of the back inlets in their frail boat, during the night, passed the sentinels unobserved, and passed out an Inlet in safety. The boat was loaded with four inches of water and the oars were pieces of board four feet long. The men are young and good looking negros and belong to one of the first families in Charleston. One of the women is almost white has straight black hair and is quite handsome. They have been sent to Port Royal.” 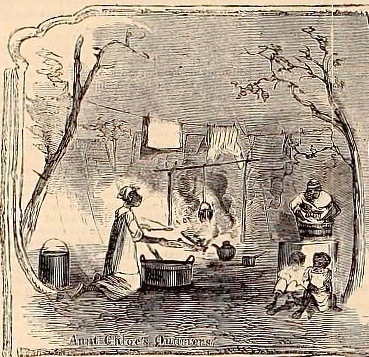 Some escaping women ensured that they took not only what they needed, such as clothing, but also what they had been denied and wanted, like ribbons and lace. Others secured efficient modes of transportation by taking horses, mules, and carts. One enslaved seamstress determined an elegant mode of transportation into freedom as she adorned herslaveholder’s “beautiful white pony” with “the red plush saddle of her mistress,” and rode away. For these women, the importance of securing their freedom was clearly combined with feelings of jubilation and the immediate use of their free will.

The more common consequence of the Proclamation, though, was for formerly enslaved men to seek work in the Union army, just as Lincoln had hoped. Women also reached Union camps in search of food, work, and the ability to secure their new freedom. However, women commonly found that Northern troops regarded them as burdensome. In the Lowcountry, as enslaved families escaped to the vessels of the United States Navy, men were often kept on board and women and children were sent to camps, and so separated at freedom. For some women, both racism and poor treatment were undeniable aspects of their experiences of the United States’ soldiers. Limited in their role, they acted as nurses, cooks, prostitutes, and spies. At other times, the United States military officials or soldiers demanded services of enslaved women around their camps: 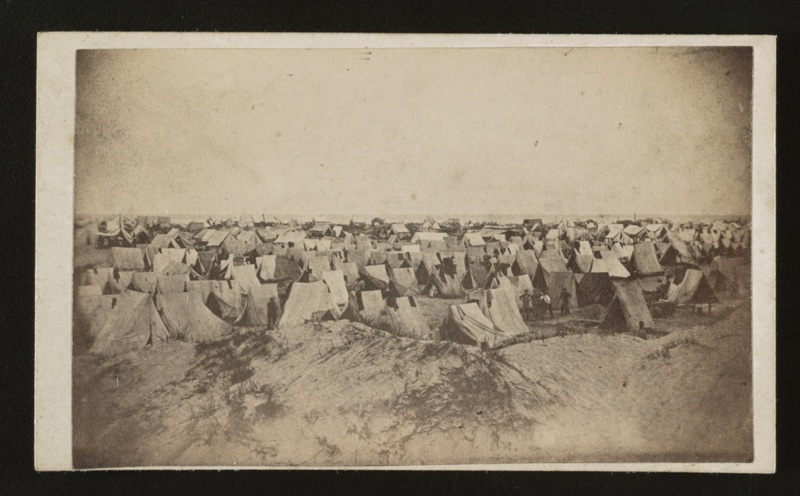 "It wasn’t long after the war [began] when the Yankees come to Athens. They camped in the woods here on Hancock Avenue, but of course it wasn’t settled then lak it is now. I was mighty scared of them Yankees and they didn’t lak me neither… One of my aunts worked for a northern lady that they called Mrs. Meeker, who lived where the old Barrow home is now. Evvy summer when she went back up North she would leave my aunt and uncle to take care of her place. It was right close to the Yankee’s camp, and the soldiers made my aunt cook for them sometimes. I was livin’ with her then, and I was so scared of ‘em that I stayed right by her side as long as the Yankees was hangin’ round Athens." 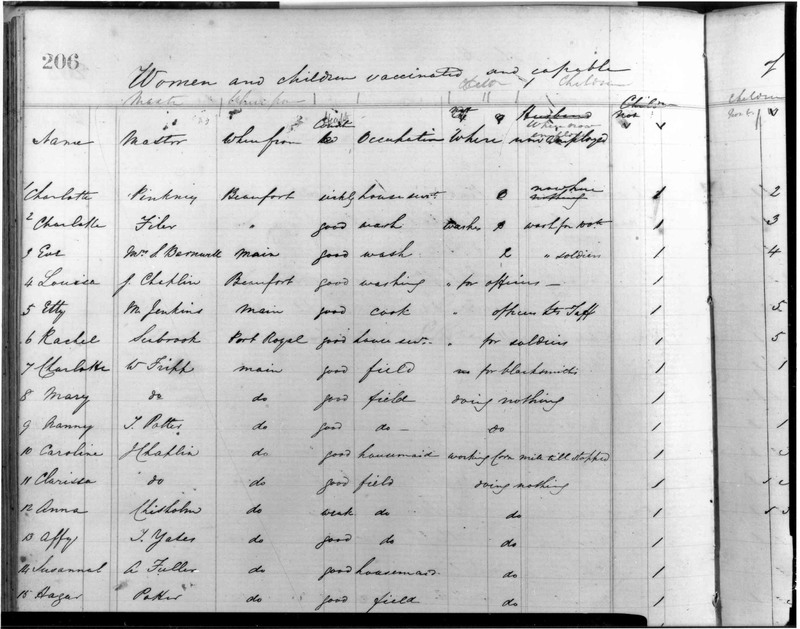 Because camps only needed a certain number of cooks and nurses, who were often accompanied by children, the United States military simply saw additional women as more mouths to feed. In overcrowded and unsanitary camps, hunger and poverty, as well as diseases such as smallpox, were rife. Women also continued to face the risk of both physical and sexual violence from white soldiers in camps. Some women’s immediate escape from slavery, then, was painfully difficult.

The campaigns led by United States Army General William T. Sherman had an impact on women who were in the line of his military forces. Sherman’s "total war" policy of destroying civilian lives and properties meant women, enslaved or otherwise, were not spared Union military brutality, some of which took on sexual forms when men regarded rape as a tool of conquest. Unlike the countryside often burned by Sherman, enslaved women in Charleston and Savannah saw their homes and cities spared from destruction. Outside of Lowcountry cities, Sherman’s troops razed other major cities in South Carolina and Georgia to the ground, including Columbia and Atlanta.

← Continuities and Changes in Women’s Lives: From Enslavement to Emancipation
The Port Royal Experiment →