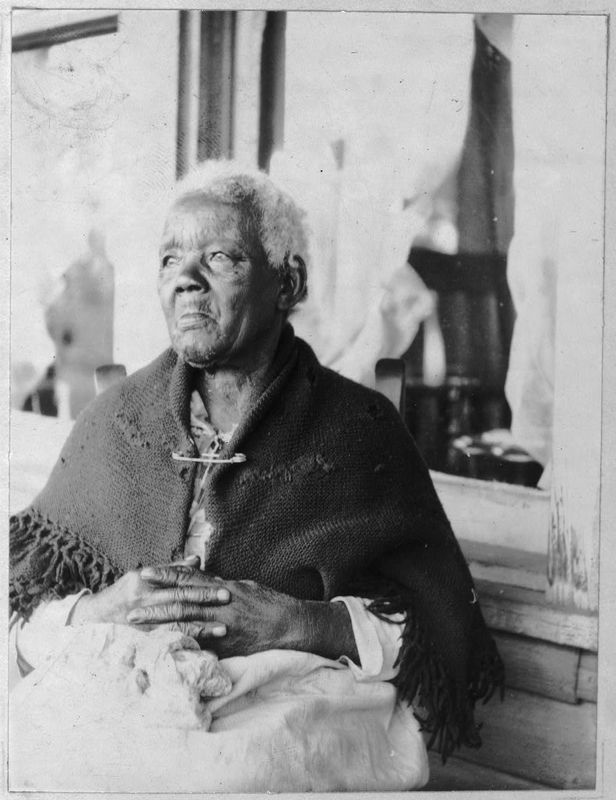 Portrait of Sarah Grudger, interviewee of the WPA Slave Narrative Project, North Carolina, circa 1936, courtesy of the Library of Congress.

While slavery and enslaved people’s lives are increasingly moving to the forefront of public interest, women’s history is still sometimes relatively neglected in public representations, and it has received less focus in discussions of slavery than the lives of enslaved men. Yet it is vitally important to recognize that enslaved women and men experienced slavery in different ways. Both men and women shared the burden of enforced labor for slaveholders, though they exploited women in different ways to men. For example, slaveholders used females for their reproductive ability to bear valuable enslaved children in addition to performing their forced labor. Understanding enslaved women’s specific experiences, then, provides a more complete definition of enslaved people’s lives in the Lowcountry and throughout the American South.

The lives of enslaved women can sometimes be hidden in history due to limited archival evidence. Laws and ordinances enacted across the Southern states forbade enslaved people from reading and writing, and more men than women fled bondage and subsequently wrote autobiographies. To overcome these "archival silences," this project makes use of surviving testimony both by and about enslaved women from the Lowcountry and sometimes across the South as a whole. It primarily utilizes Works Progress Administration (WPA) oral history interviews with formerly enslaved people that took place in the 1930s. Consisting of some 2,500 testimonies, this evidence is unique in the history of Atlantic slavery. 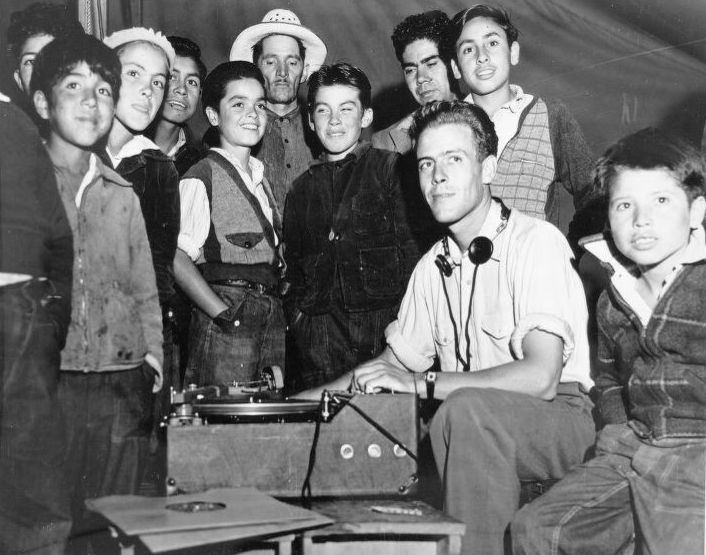 Charles Todd at the recording machine, photograph by Robert Hemmig, El Rio, California, 1941, courtesy of the Library of Congress.

The project additionally makes use of other surviving primary testimony, including rare female autobiographies, such as that written by Harriet Jacobs, enslaved in North Carolina before she escaped to the Northern US. This testimony of enslaved and formerly enslaved women is used alongside evidence written by male and female enslavers—and sources of a more visual nature as well—in order to build up a composite picture of enslaved women’s lives in the Lowcountry and beyond. We should read these sources against the grain, thinking laterally as we read them, and we can use historical empathy and imagination to shed light on the multiplicity of experiences of enslaved women. 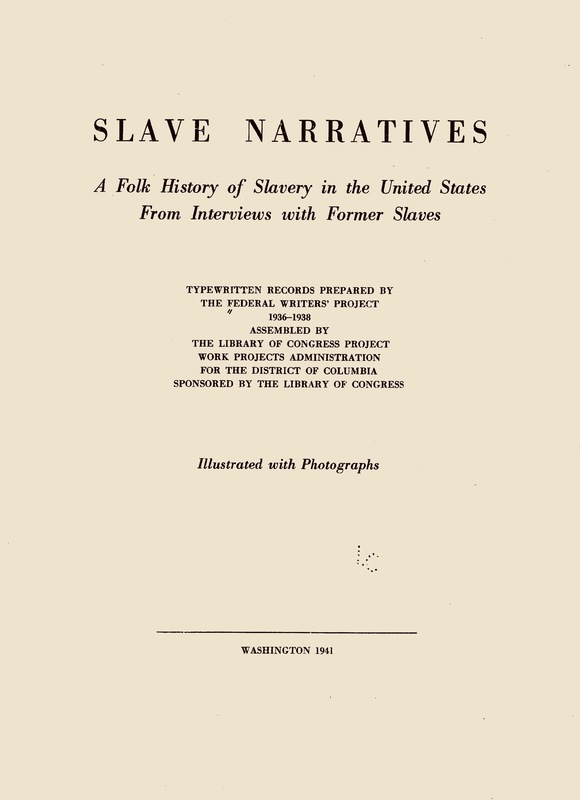 A Folk History of Slavery in the United States from Interviews with Former Slaves, Federal Writers' Project, 1941, courtesy of the Library of Congress.

Some historians’ methodological criticisms of the WPA interviews are undoubtedly harsh, and these complex sources require careful reading and analysis. In the 1930s, most WPA respondents were only children while enslaved and then very elderly when subsequently interviewed during the harshness of the Jim Crow era and the Great Depression. They recalled enslavement from a child’s perspective when they had limited ability to know and understand what was taking place around them, rather than that of an adult who would have understood and experienced greater oppression. Respondents also often distrusted their white interviewers, especially when probed about personal and painful memories, a problem exacerbated when male interviewers probed elderly African American women. Some found it easiest simply to convey what they thought their interviewer wanted to hear in an attempt to appease them and simply be left alone. Moreover, racism fed into the way WPA interviewers framed and asked questions of the respondents. As writers untrained in speech transcription, WPA workers also transcribed the interviews phonetically with white America’s racist stereotypes and perceptions of Black Americans influencing their transcription decisions. Considering all of these factors, some scholars have questioned whether the interviews hold any value at all. 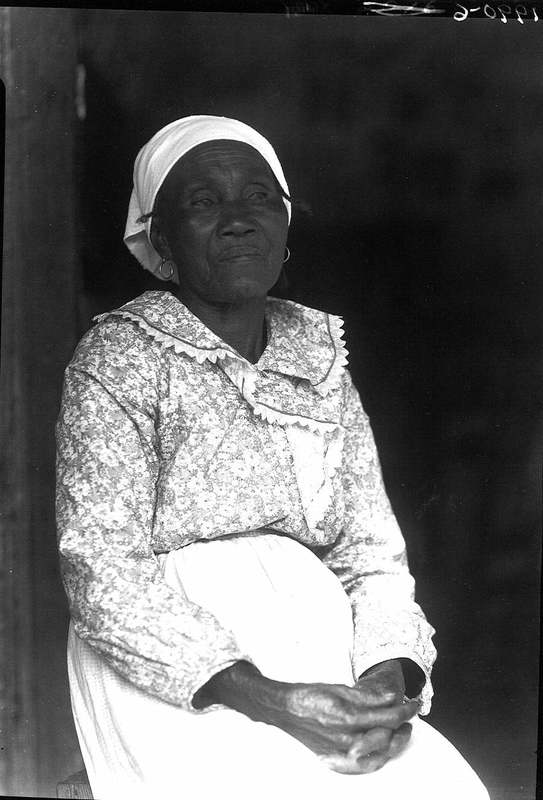 On balance, however, historians can use WPA narratives to help piece together enslaved women’s history. Historians use WPA interviewees’ recollections in conjunction with other primary sources to carefully and sympathetically analyze enslaved women’s experiences. No one source tells the full story. For example, a "culture of dissemblance"—a term coined by historian Darlene Clark Hine—indicates Black women’s reluctance to convey intimate or painful memories to outsiders. Formerly enslaved women, therefore, were unlikely to talk explicitly about sexual assault by white enslavers to white WPA interviewers, although some did. Greater detail about these intimate and painful experiences can be gleaned by consulting additional sources. However, the WPA interviewees tell us about many other topics and experiences, including courting and family structure, cultural practices, daily routines, violence, celebrations, and labor and crafting skills across the South. There are relatively few interviews with formerly enslaved people from the Lowcountry, partly due to the high mortality rates there, and party because of the area’s relative isolation, so the testimony of respondents’ is placed alongside other available sources to provide a candid picture of Antebellum American slavery, honing in on Lowcountry experiences where evidence exists.

It is important to remember the lives of enslaved women, women with diverse work patterns, family lives, forms of exploitation, cultures and communities, who lived within a range of geographical locales. Their multiplicity of experiences also reinforces the notion that enslavement and its brutalities did not encompass the entirety of enslaved women’s existence. Their labor was integral to the immense economic success of Lowcountry slaveholders, and the culture they helped develop formed an important social development in the United States. Although their experiences can sometimes be more difficult to trace than those of men, enslaved women’s histories are worthy of recognition and contribute to a more complete picture of Lowcountry, Southern, and American identity.