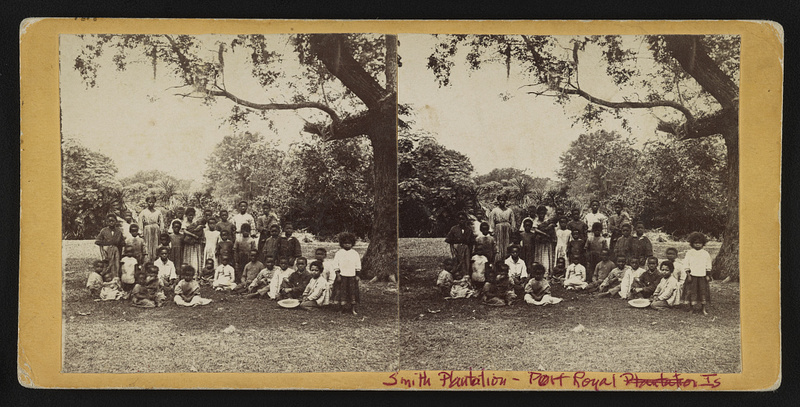 "Hidden Voices" explores the lives of enslaved women in the South Carolina and Georgia Lowcountry and the wider US South, focusing on the  early 1800s through the antebellum era, to emancipation in the 1860s. This exhibit draws on sometimes rare written testimonies and images both by and about enslaved women to highlight their often-overlooked everyday histories and perspectives. It explores varieties in women’s forced labor, whether working for enslavers or their families. It examines women’s community lives and life-cycles. The specific violence women experienced is also covered here, as well as their resistance and cultural traditions in both urban and rural settings. It concludes by addressing changes and continuities in women’s lives in the Civil War through emancipation’s aftermath.

While certain commonalities existed in American slavery regardless of geography, American antebellum slavery was regionally distinctive. In the Lowcountry, enslaved women and men created and passed on Gullah Geechee culture. Most worked under a specific labor style called the task system. Therefore, while bonded women across the United States had shared experiences, Lowcountry enslaved women participated in labor and the creation of culture that their region’s bonded environment shaped in specific ways. 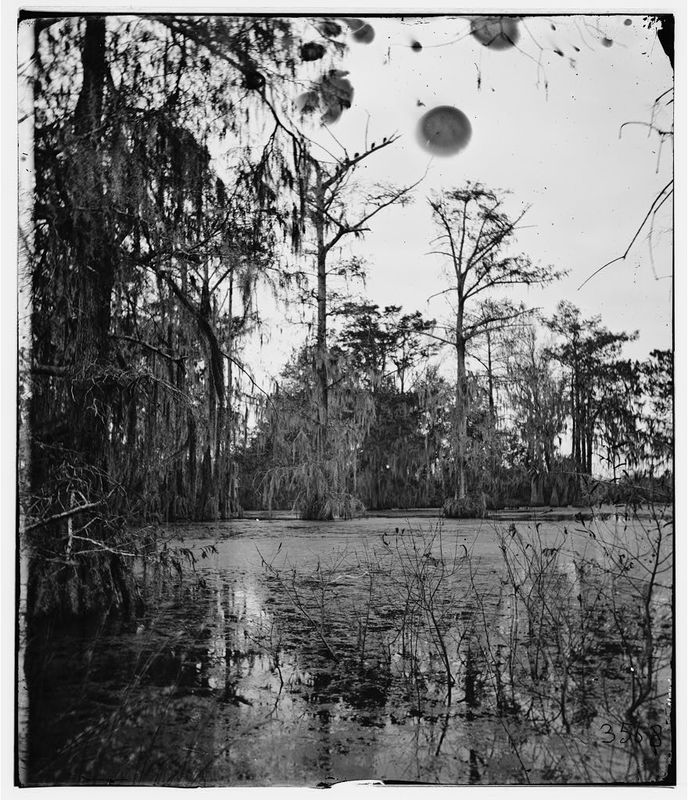 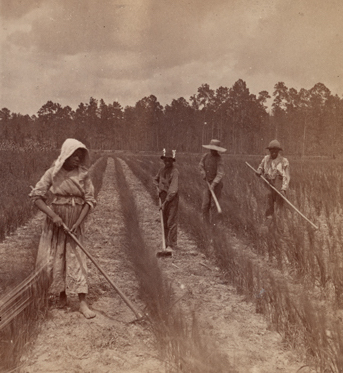 The distinctiveness of Lowcountry slavery developed in part from the topographic features of the land, swamps, rivers, and ocean. The Lowcountry gets its name from the humid, swampy marshlands of the coast sitting barely above sea level. It is generally considered to stretch from Wilmington, North Carolina to St Mary’s, Georgia, and about 50 miles inland from the coast. The coast is lined with barrier islands—known as the sea islands—which were full of plantations where enslaved people labored and lived from the colonial period onward. The flat landscape with its numerous tidal rivers and creeks can be managed via dams, levees and sluice gates, and is extremely well-suited to growing long grain rice and, in the nineteenth century, high-quality sea island cotton.

Before the outbreak of the Civil War in 1861, hundreds of thousands of enslaved women, alongside men and children, grew these cash crops and a range of other foodstuffs in the Lowcountry. They also tended livestock, raised slaveholders’ children, and ran plantation dairies and kitchens. Instead of rice or cotton, some worked on indigo or brick-making plantations in the Lowcountry. In a few urban spaces, such as Charleston and Savannah, enslavers held women slaves as skilled and unskilled domestic laborers and market traders selling products such as fruit and vegetables. Outside of those few urban spaces, enslaved women of the Lowcountry lived on some of the largest plantations in the United States, sometimes laboring alongside hundreds of others held in bondage. This resulted in the area’s significant Black majority population, and—despite the violence and horrors of slavery—sea island people maintained strong cultural traditions known as Gullah-Geechee both during and after slavery. Gullah-Geechee drew very strongly upon West African and West Central African peoples’ cultural patterns. 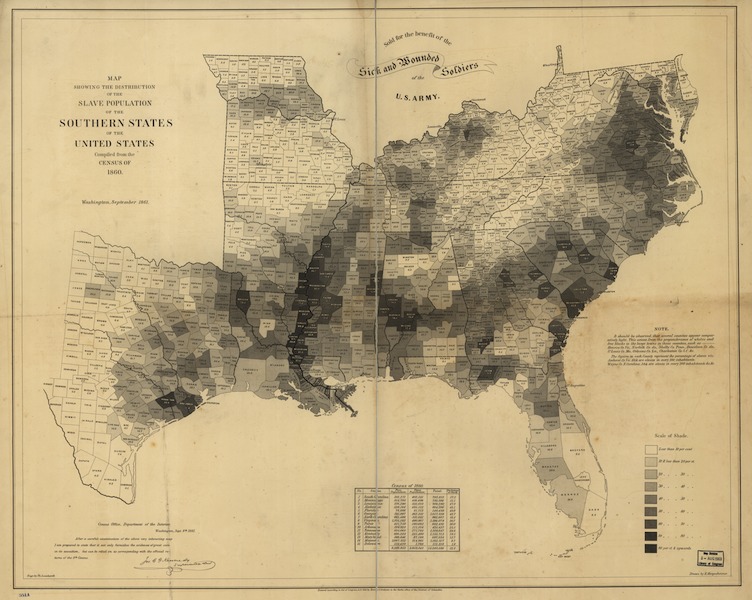 Map depicting percentages of slaves in populations of each county in slave-holding states, E. Hergesheimer, 1861, courtesy of Library of Congress.

Generations of Lowcountry-born enslaved people were introduced to newly arriving Africans imported as slaves to the port of Charleston and other American slave ports until the United States’ ban on the international trade went into effect in January 1808. A temporary reopening of this trade in South Carolina from 1804-8 resulted in the importation of more than 70,000 more African slaves, making the population of South Carolina, and the Lowcountry in particular, more African than other parts of the US. The US enslaved population continued to increase over the antebellum era, and by 1870, following the Civil War, African Americans constituted 67 per cent of the Lowcountry population. This distinct demographic characteristic differentiated the Lowcountry from other areas of the South both during the era of slavery and thereafter. Making up the majority of the population, most enslaved women lived and worked within enslaved communities on plantations growing and cultivating sea island cotton or rice.

The great majority labored under a task system (being assigned specific tasks to complete each day, rather than a gang system (working for a set amount of time each day), creating and developing their distinctive culture in this humid, subtropical climate. People with different ethnic and regional heritage—for example the Mandinka, Yoruba, Fon, and Igbo—created a new and distinctive creole culture that came to be called Gullah-Geechee. Newly arrived Africans and American-born people of African descent drew upon elements of a diverse West African and West-Central African cultures, mixing with Euro-American cultural forms to create a culture distinctive to the people of this United States coastal region.

This exhibit explores enslaved women’s culture and labor in the Lowcountry and beyond, marking both continuities among all enslaved women and distinctive experiences that emerged from their lives in this particular region of the United States. It also considers the ways in which women experienced slavery differently to men because of their gender. From the plantation to urban spaces, bonded women’s labor, family relationships, violence, resistance, and culture were distinctive. Understanding these women’s roles and experiences provides a more complete picture of American slavery, and it illuminates the specific labor and cultural contributions of Lowcountry women during and after slavery. 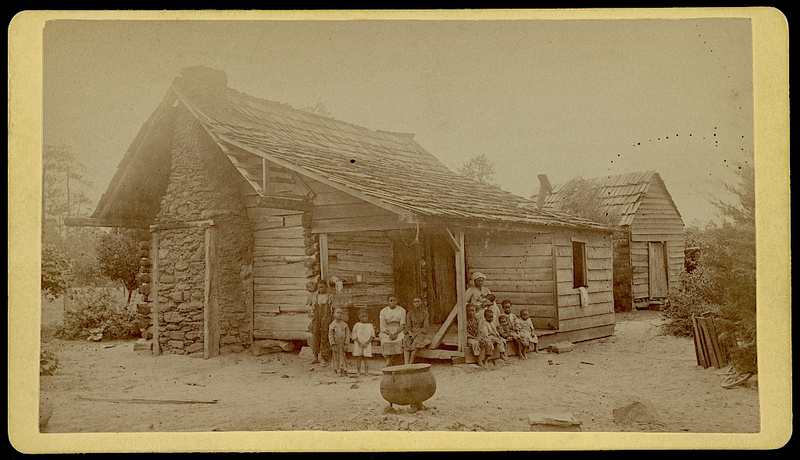