4. General Saxton Protests against the Forced Enlistment of Freed Slaves 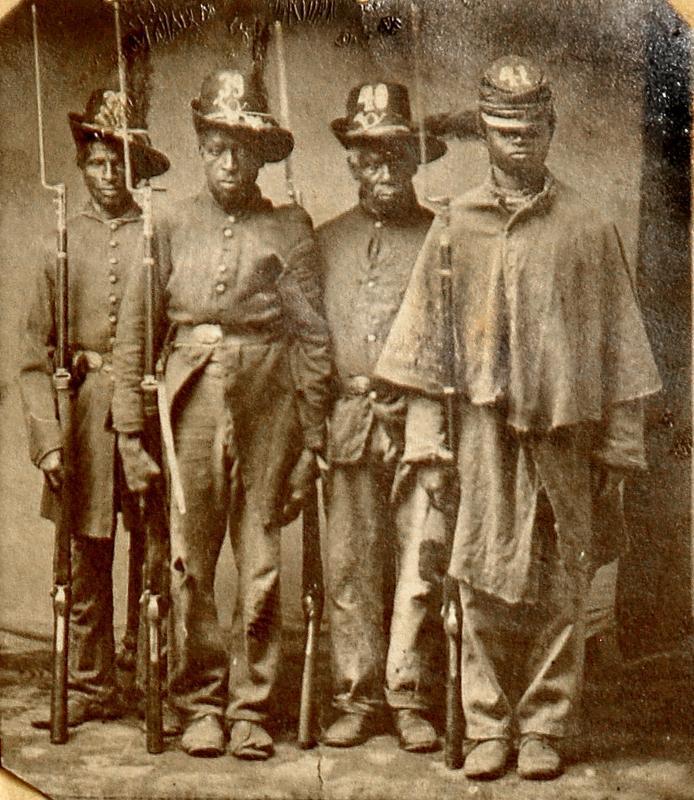 Context
As Document 1 suggests, General Rufus B. Saxton was a forceful advocate of black military enlistment. But he was at the same time acutely sensitive to the mistreatment of freedpeople by federal authorities and military officials.

He protested, for example, when reports reached him that soldiers and sailors stationed in the vicinity of Beaufort, South Carolina, were frequenting plantations at night to carouse and sexually abuse black women, and again when black fruit and vegetable vendors complained that U.S. soldiers were cheating them and physically abusing them at the market. In the document that follows Saxton raises concerns about a recruitment policy towards former sea island slaves that amounted to physical coercion. He is responding to a letter requesting that he apprehend freedmen who had deserted the military.

General Saxton Protests against the Forced Enlistment of Freed Slaves

The endorsement on the letter is from Lt. Col. Marple, 2d S. C. Vols.,a to Department Head Quarters, asking permission to send a company from his regiment to St. Helena Island, to capture certain deserters said to be on this island. The letter was referred to Gen. Saxton, asking if he would undertake apprehending and returning the deserters, or would he prefer to have the detail made as requested.

Respectfully returned. I think it will be very difficult to capture these men, the range of country over which they compass is so great that but few of them would ever be captured.

I would respectfully recommend that it is for the best interests of the service that the attempt be not made. These men were declared by the President's proclamation "forever free." Where the right exists to force them all into the service,b I have never been able to discover. My instructions from the Secretary of War never contemplated or authorized it. He only authorized me to receive Volunteers, and unless I receive orders to that effect, I will never be a party to any such violation of the rights of the freedmen, as to force them into the service against their wishes. I believe it to be bad policy, and that it will diminish the number who will be received into the service. If, as is done at the South, a proportional levy is made, I will do all in my power to carry it out without orders; but when the question becomes one of the voluntary hunting down of these freedmen, and forcing into service everyone capable of bearing arms, I should prefer not to have any hand in the business, unless ordered by the proper authority to do so.

bForced enlistment had its origins in General David Hunter's policies in the lowcountry, and was described by another of his peers as "valuable as an example of how not to" recruit freedmen.