Spiritual Practices in the Lowcountry 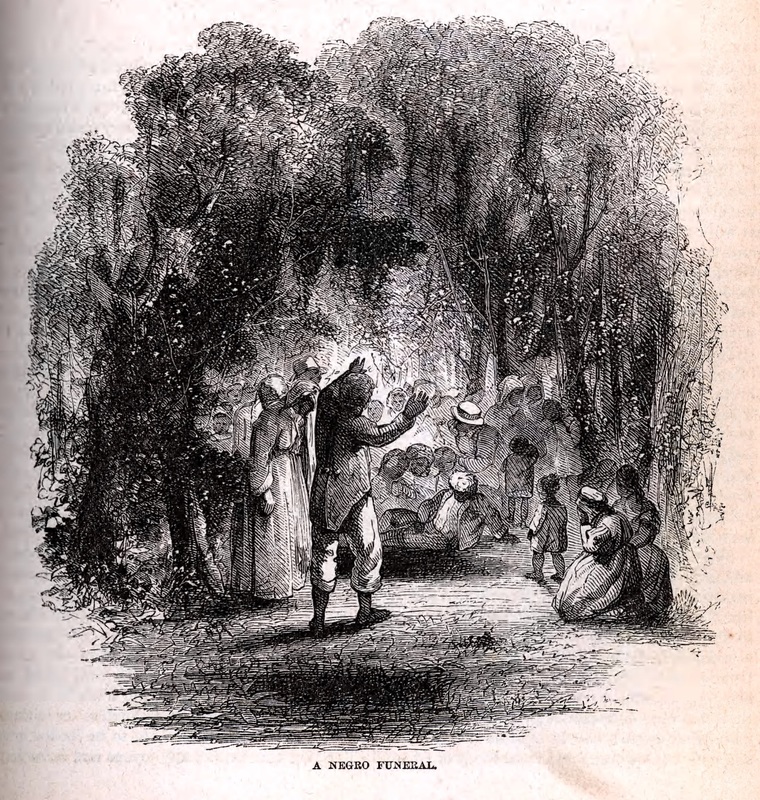 "A Negro Funeral," from Harper's Monthly Magainze, 1859, courtesy of The Library Company of Philadelphia.

There are several distinctive features of Lowcountry’s antebellum and postbellum African American religious practices that differentiated them from the surrounding white Christian culture. Common practicies among Gullah-Geechee people of the South Carolina and Georgia coast include ring shout, seeking, and conjuring or root work. With praise houses as the central meeting place in the antebellum period, Lowcountry enslaved people had a place to worship and practice away from white churches.

Both during and after slavery, people of the sea islands took part in spiritual initiation process as young adults. Scholars attribute this initiation practice as one that combined West African community-based initiation practices with what Methodist preachers called “seeking Jesus.” It resulted in the young person joining the Christian community and required several phases. Seekers required spiritual guidance most often provided by spiritual mothers, time in the “wilderness” of the Lowcountry (often using a forest or open field), and finally, approval from the community’s Black religious leaders. Young women and men alike partook in the practice, with trusted older women also serving as spiritual mothers in the guiding process. Senior women performed important roles in the spiritual world. Frances Anne Kemble, for example, described an elderly woman named Sinda, who assumed the role of prophet on the Butler plantations. Sinda predicted the end of the world, after which the other enslaved people apparently refused to work. However, when her prediction proved false the overseer flogged her. Historian Whittington B. Johnson likewise writes about free Black women’s prominent role in Savannah’s independent Baptist churches. Performing the role of "church mothers," they exercised considerable influence and respect. 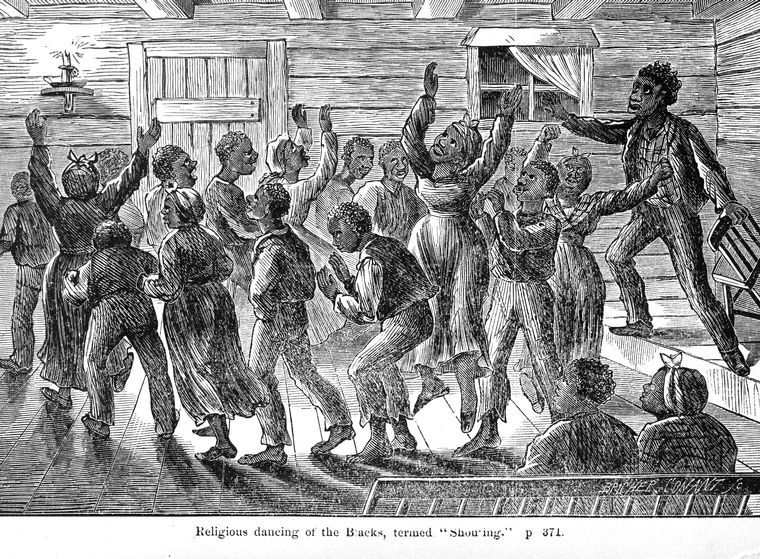 Ring shout was a communal practice among enslaved women and men which involved dancing in a counterclockwise circle and singing. Echoes of call and response element on the ring shout are seen in the call and response singing and preaching in African American churches. The circular form of the dance is traceable to multiple places in West and West-Central Africa, and it held different religious and cultural meanings. With enslaved people ensuring that the meanings of their practices remained invisible to whites, the meaning of ring shouts for antebellum enslaved is not entirely known. Whites witnessed and documented ring shout taking place outside of praise houses as well as during burial ceremonies. Women became the carriers of this cultural practice as there are still Lowcountry groups who perform ring shout today.

Conjuring or root work is another form of West and West-Central African culture that enslaved people practiced outside of or alongside Christian religious practice in the Lowcountry and the US South. Conjures’ role in enslaved people’s lives existed long before Christian conversion arrived to African-descent communities in the Lowcountry and US South. It combined practices of many different West and West-Central African peoples’ belief systems and pantheons of gods. Conjurers, both women and men, practiced their spiritual work at the behest of community members, appealing to gods and spirits to assist them for a wide range of purposes, from matters of love to protecting individuals from harm to attempting to cause harm to others. Conjurers also communicated with the spirits of the dead, their practice reflected in the Lowcountry title for conjurer, goopher doctor. Scholars believe the etymology of the term goopher is found in the Kongo word kufwa, meaning “to die.” 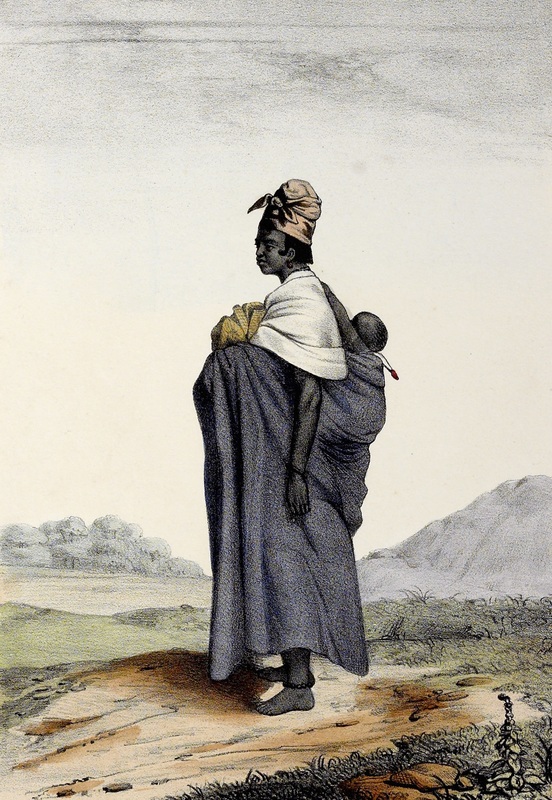 Wolof woman and her child wearing an amulet, drawing by David Boilat, 1853, Senegambia region, courtesy of Slavery Images. The use of amulets to protect women and children was a cultural practice enslaved people brought with them from West and West-Central Africa and continued as a common cultural practice into the twentieth century in the Lowcountry.

Like many aspects of culture, enslaved peoples’ spiritual and religious belief creolized and evolved. Once Christian and Catholic beliefs were fully introduced, some enslaved and then freed people rejected beliefs and practices held by older generations. Conjuring, or root work, was one such practice that was well-used by some individuals  of African descent and rejected by others.

"I could be a conjure doctor and make plenty money, but dat ain’t good. In slavery time dey’s men like dat ’garded as bein’ dangerous. Dey make charms and put bad mouth on you. De old folks wears de rabbit foot or coon foot and sometimes a silver dime on a fishin’ string to keep off de witches... But I don’t take up no truck with things like dat.”

Others held no issue with the practice. South Carolina WPA respondent Sallie Layton Keenan believed in the power of conjuring and shared two instances where she recalled it being use in her family. To undo the spell another person put on her father believed to result in debilitating rheumatism, Keenan’s family sought a conjurer to undo the spell, which was successful. She concluded her recollection explaining that after seeking a conjurer’s advice, her father “nebber did have no mo’ rheumatiz.” On another occasion, Keenan provides evidence of the use of amulets and charms, which were commonly used by women and children to protect them and bring them good fortune. When Keenan was a child, her mother nervously prepared for the family to board a train for the first time. Apprehensive about using the new transportation system, her mother “tucked de cooter [turtle] bones from my neck ‘fore we started to de train.”

Many Lowcountry men and women went to conjurers for help, support, and advice. They also linked status and prestige with skills and seniority. Therefore, alongside important roles in the community such as midwives, both preachers and conjurers commanded the utmost respect within communities.

Religion hence provided enslaved people with a sense of independence, hope and empowerment, as well as challenging the spatial control of slaveowners. Enslaved people’s religion hence served as a bulwark against slavery’s wider oppressions, in contrast to the religious practices imposed by enslavers.