The vast majority of enslaved people’s days were long, monotonous, strenuous, and filled with the threat of violence, yet they regularly attempted to resist their enslavement. Rarely, some did this through extreme measures such as attempting permanent escape, murdering their enslavers, or even suicide, but most chose more subtle and less dangerous paths of resistance. Knowing that only extreme and dangerous measures would free them, antebellum enslaved women most frequently partook in various forms of resistance that operated effectively within the system on a daily basis. 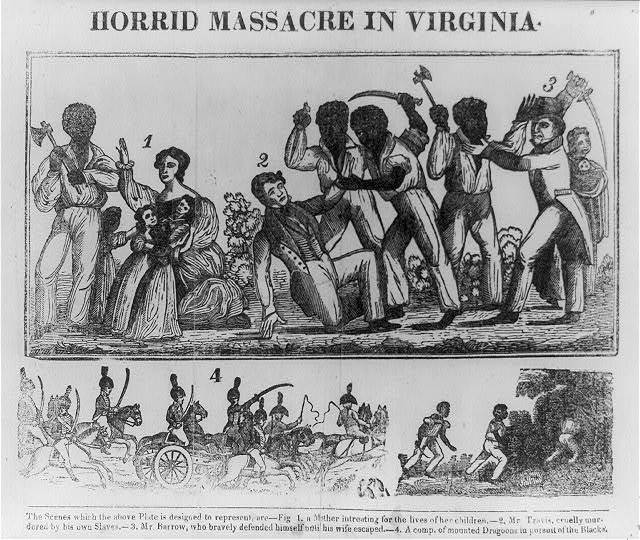 "Horrid massacre in Virginia: Composite of scenes of Nat Turner's rebellion," 1831, courtesy of the Library of Congress.

Enslaved women’s resistance existed on a spectrum, ranging from outright revolt through reproductive resistance (trying to prevent conceiving and bearing children), to subtle resistance such as cultural defiance. Women’s participation in different forms of resistance was often tied to their immediate environments through house or field work and their reproductive labor. Through their gendered experiences in slavery, they challenged slaveholders’ authority and preserve a sense of their own independence and humanity, even when unable to liberate themselves. 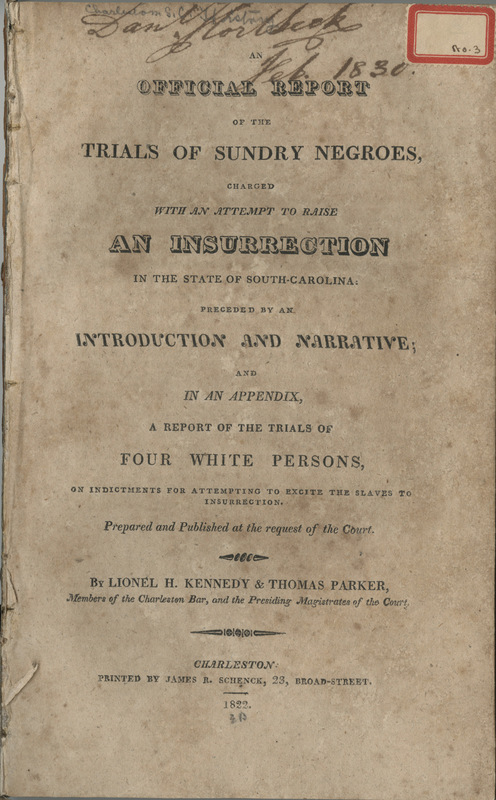 Men, rather than women, were the primary organizers and participants of revolts, although these had important ripple effects on enslaved women. Revolts were more common in colonial times before the establishment of state laws and infrastructures designed to tighten white control over enslaved people. The 1739 Stono Rebellion in the South Carolina Lowcountry, for example, heightened slaveholder fears about the continued importation of Africans, which resulted in enslavers increasingly moving towards the use of enslaved women’s fertility as a means of increasing the slave population. Likewise, men dominated in nineteenth century plots for rebellion, including the Gabriel Prosser Plot in Virginia in 1800, and a free Black man named Denmark Vesey stood at the heart of an alleged slave uprising in Charleston in 1822. The Nat Turner revolt in Virginia in 1831 was more severe in scope, again with men as organizers.

Women instead mostly practiced alternative forms of resistance. While a small percentage escaped bondage by running away, they more commonly partook in the day-to-day challenging of the regime. From controlling their reproduction to sharing medicinal knowledge with one another, from “truanting” to participating in organized work slowdowns, women defied their enslavement. Women also found a sense of individual identity, hope, and self-respect through their cultural forms of resistance. While cultural and day-to-day forms of resistance were contained within the boundaries of bondage, it enabled women to circumnavigate enslavers’ expectations of their female slaves as efficient laborers and reproducers.