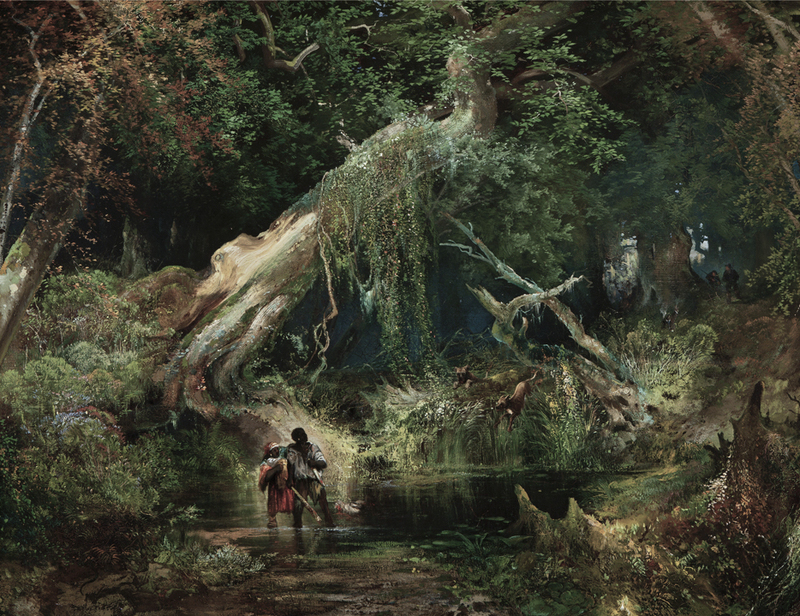 Slave Hunt, a painting depicting an enslaved family attempting to escape through a swamp, Thomas Moran, Virginia, circa 1864, courtesy of the Virginia Historical Society.

"You see, de colored people couldn’ never go nowhere off de place widout dey would get a walkin ticket from dey Massa. Yes’mam, white folks would have dese pataroller walkin round all bout de country to catch dem colored people dat never had no walkin paper to show dem. En if dey would catch any of dem widout dat paper, dey back would sho catch scissors de next mornin.” 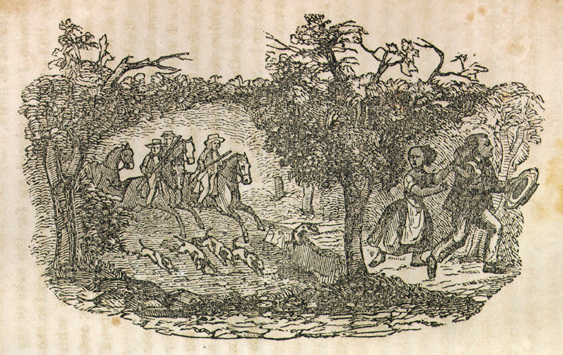 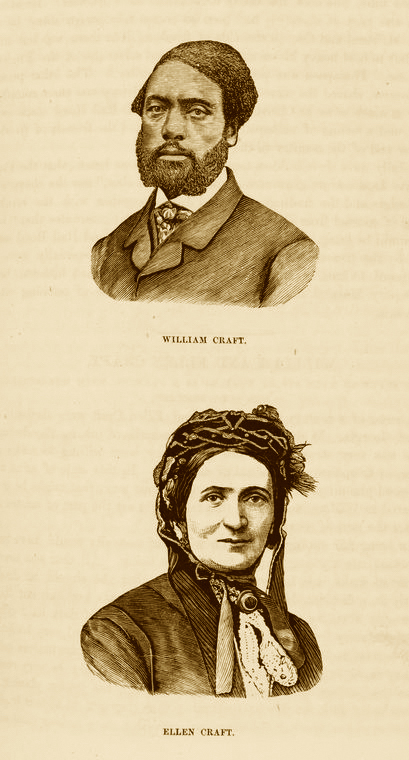 (Top) Illustration depicting an enslaved couple fleeing from slave patrollers, from Narrative of the Life and Adventures of Henry Bibb, An American Slave, Written by Himself, 1849, courtesy of Documenting the American South. (Bottom) Illustration of William and Ellen Craft, published by Porter & Coates, Philadelphia, Pennsylvania, 1872, courtesy of the New York Public Library Digital Collections.

For enslaved people to remove themselves from slavery was incredibly hard, especially for women. White society expected to see some enslaved men away from their homes and plantations, but less so enslaved women. Moreover, slaveholders imposed the use of slave passes, a system of written passes given to enslaved people travelling away from plantations and farms to justify their whereabouts. Slave patrols, groups of white male patrollers with dogs, roamed the swampy Lowcountry terrain hunting for runaway enslaved people or those without a pass. For enslaved people on the Lowcountry’s sea islands, escape also required a boat to move from island to island or from their island to the mainland. For those already on the mainland, freedom was still hundreds of miles away.

The challenges of permanent escape did not deter everyone, though. A small percentage of exceptional individuals managed in antebellum times the incredibly daunting escape to Northern states or Canada, especially after escape south to Spanish Florida became more challenging after the US acquisition of this area in 1819. Sometimes with the help of support networks forged through the informal "underground railroad," assisted by "controllers" such as Harriet Tubman, enslaved people escaped either by land or by sea from major ports such as Charleston. The North Carolinian woman, Harriet Jacobs famously and unusually spent several years hiding in a loft-space, away from her children, before managing to head North and become involved in the abolitionist movement. In a different, albeit still unusual way, a married couple named Ellen and William Craft fled their enslavement in Georgia before having any children precisely because they did not want them raised enslaved. Ellen disguised herself as a white man, while her husband pretended to be her personal slave. They escaped via a steamer from Savannah to Charleston, then Wilmington. Thereafter they travelled by train and ferry until eventually arriving in Boston in 1849. 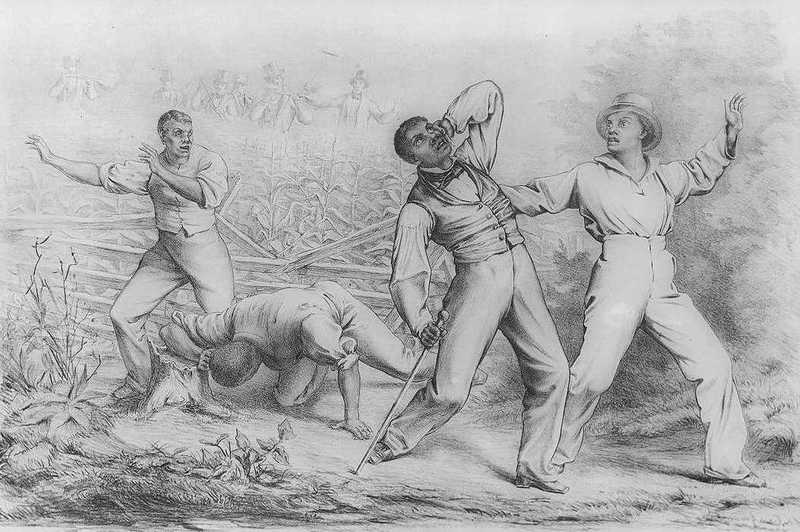 On the whole, however, men dominated when it came to escaping North, at least in part because of the differences in gender roles for enslaved women and men. Most runaways were between the ages of sixteen and thirty-five, prime child-bearing age for women who were consequently more tied to their homes and plantations. Teenage girls and women also left their homes less regularly than teenage boys and men did because of the work they performed and the care they provided for children, and so they were less familiar with the terrain outside of their immediate area. Newspaper advertisements placed by enslavers reflect that most runaways and escaped enslaved people were men and that men dominated in longer-term escape, with historians suggesting that women comprised just 19 percent of runaways between 1838 and 1860 across the South as a whole. 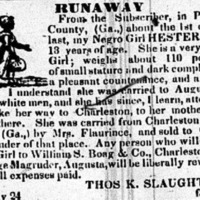 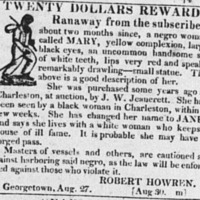 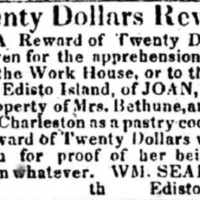 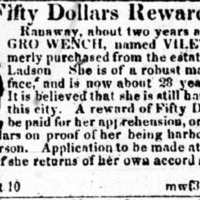 Women more commonly partook in temporary absenteeism from their plantations by absconding, or "truanting" to the dense landscape of local woods and swamps. They fled their plantation for days, weeks, or even a few months at time, evading capture by the slave patrol. Other enslaved people could provide them with food and drink if they had access to these provisions, and Lowcountry slaves, who regularly worked gardens or patches of land to grow food, were particularly well-placed here. Frances Anne Kemble’s enslaved woman, Sarah, spent some time hiding in the woods, eluding discovery, but when tracked and brought home she "was severely flogged."  Enslaved in South Carolina, Emanuel Elmore remembered being told that his mother had escaped slavery after being sold away. She supported herself by catching and cooking small animals such as rabbits and squirrels, supplemented by bread brought to her by enslaved people who knew she was hiding out in the woods. Again then, women’s networks proved vital here, since it was often female domestics who had access to these foodstuffs. However, a return home commonly meant being greeted with physical punishment such a whipping or the psychological torment of sale and the family separation that came with it.

Taking truancy into account, the ratio of men and women running away was perhaps more balanced than runaway advertisements and other sources such as slave narratives make apparent. Slaveholders did not always place runaway advertisements in newspapers when enslaved people escaped their plantations for only a few days, resulting in many unreported instances of enslaved people running away. Moreover, when women did escape, enslavers often blamed others, including unscrupulous white men or other enslaved men, for enticing women away, so denying them a sense of initiative and agency. Therefore, while permanent escape was rare among bonded people and even more so for women, there were women who chose to resist their enslavement by permanently or temporarily leaving it. Some women joined maroon communities of formerly enslaved people, consisting of groups of runaways who had no intention of returning to the regime and instead sought to create independent, self-sufficient communities of their own in the swamplands of South Carolina.