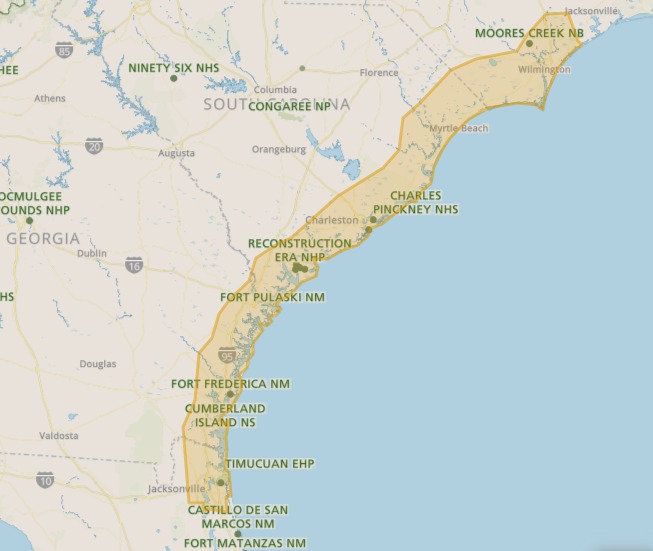 The West African Creole Gullah-Geechee traditions of the South Carolina and Georgia Lowcountry originated during slavery and remain unique to the area historically and today. In addition to developing a specific culture of religion, Lowcountry women and men also created a distinctive language and cuisine based upon the complex interactions of African and Caribbean influences in the area. The Gullah-Geechee culture of the Lowcountry is influenced by the Caribbean world because many captured Africans crossing the Atlantic spent time on the Caribbean islands before eventually arriving on American soil. Lowcountry enslaved Africans became Gullah people, their many African languages became the Gullah dialect, and their region became known as the Gullah area. Some people in more southerly Georgia sea islands identified as Geechee, hence some use the hybrid term Gullah-Geechee or the single use of Gullah or Geechee referring to the historical and present-day Lowcountry culture of African Americans. 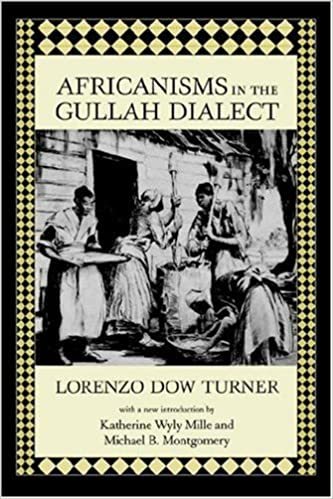 With no written historical record on the etymology of the term Gullah or Geechee, scholars have conjectured on their origins. Gullah might be a derivation of the "Golas" people of West Africa, or a shortened form of "Angola," from where many of South Carolina’s slaves came. Scholars suggest that Geechee emerged from the enslaved people living around the Ogeechee River in Georgia’s Lowcountry. Most likely the terms developed from multiple factors, but, importantly, the Gullah-Geechee culture and language it became something unique to this area of the United States.

The Gullah language, spoken by many enslaved women as well as subsequent generations, is creole language that combines the English language with the languages from multiple peoples of West Africa. While many in the Lowcountry have incorrectly identified Gullah creole as “broken English” in the twentieth century, linguists as far back at the early twentieth century, such as Lorenzo Dow Turner, determined Gullah is a creole language and have noted its particular use of West African intonation and grammatical structures. The Gullah language was especially important in slaves’ storytelling. Not only did enslaved people come from regions with strong oral tradition, their language was also so important because it was illegal for enslaved people to learn to read and write.

As African women and their many generations of descendants prepared meals on the Lowcountry coast, cuisine also became creolized. Women used what was available, making Gullah cuisine a flexible one that evolved with agricultural trends, local markets, and the seafood availability. Enslaved African women were very familiar with some of staples in the Lowcountry such as rice and okra. They then used herbs and spices they recognized from their African homes alongside new ones available in the Lowcountry to incorporate with local seafood, vegetables such as collard greens, sweet potatoes, and corn. As they melded old world knowledge with new, enslaved women reinvented or created new dishes, resulting in one-pot cooking styles of soups and stews. These worked especially well on plantations where preparing and eating food in a communal setting was commonplace. Dishes such as shrimp gumbo, she-crab soup, and shrimp and grits are still on Charleston restaurant menus as evidence of early Gullah women’s inventive Lowcountry cuisine. 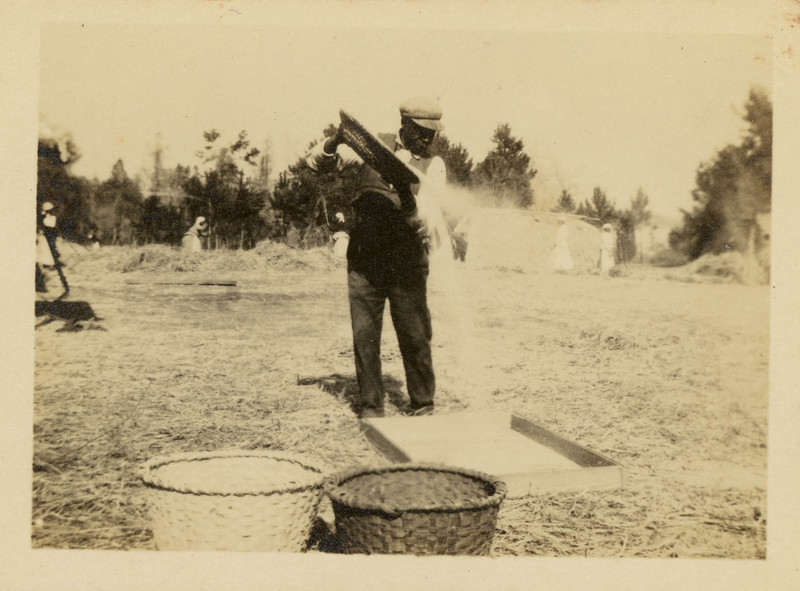 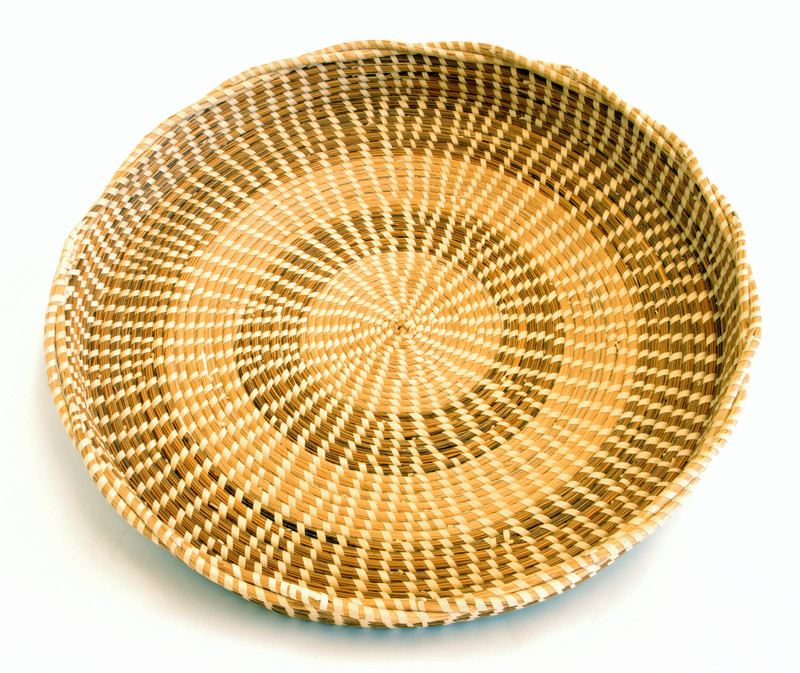 Tools used during slavery are another place African culture is visible in the historic record and today. As the sun set on the marsh and enslaved Lowcountry families gathered together after the day’s tasks were complete, the family used African basketry skills and sewing patterns passed down to them to make baskets. While beautiful, the baskets were utilitarian with Lowcountry women using certain baskets for certain jobs. Some were used to winnow rice, for example, while others were used to store dry goods. Now known as sweetgrass baskets due to the name of the grass currently used, these baskets were originally sewn using a plant commonly called bulrush, a dark marshy grass. After slavery, it was women who carried on the basket making, still sewing patterns reflective of several African basket-sewing patterns but changing the basket material to sweetgrass. Recognized for their skills as they transform useful objects into art, the baskets of Gullah-Geechee women today are sold on Lowcountry roadsides and markets and also collected by museums across the United States. Skills such as basketry, largely unknown to antebellum whites, reflected an array of African skills carried with each enslaved woman and man who survived the Middle Passage. Gullah culture therefore provided enslaved people with an exclusive community culture, and while it began during slavery, Africanisms still continue today as part of the Gullah Geechee cultural practices.