Free Women of Color in Cities 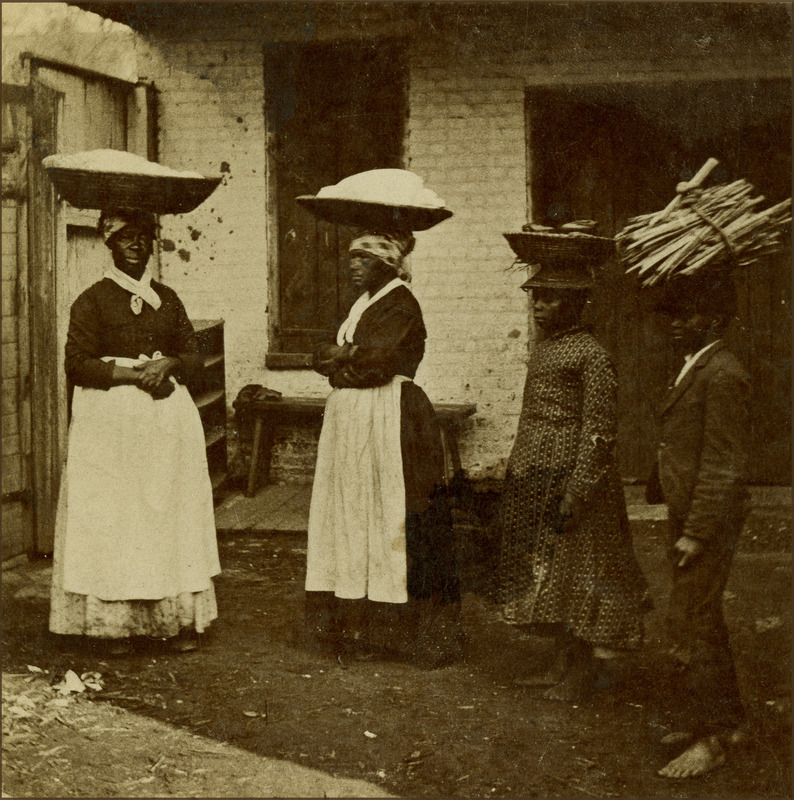 Free women of color had a diverse range of experiences in Lowcountry, but whether born free or manumitted, they tended to live in cities rather than in rural areas. Freed women’s status did not offer them the same legal standing or opportunities as free white women because they were also subject to laws that restricted freedoms and excluded them from citizenship. Such restrictions affected their residency, occupations, mobility, and access to legal citizenship. In addition to state laws and city ordinances, class also affected free Black women’s experience in the Lowcountry, with some impoverished while a minority became land-owning Black elites.

In Southern cities, free Black women who needed to work for a living had to compete with an entrenched unpaid labor force of slaves. Therefore, paid work for poor and working-class free women of color was often scant and earning a living very arduous. Finding work as paid domestic servants when most white families kept enslaved women to perform this labor could be difficult. Free Black women, then, sought out other types of paid labor, including working as seamstresses, bakers, nurses, washerwomen, nannies, wet nurses, and selling goods and produce as street vendors. Some women became highly skilled and their labor coveted in some of these roles. In transient, busy port cities like Charleston, free women also ran or worked in boarding houses. 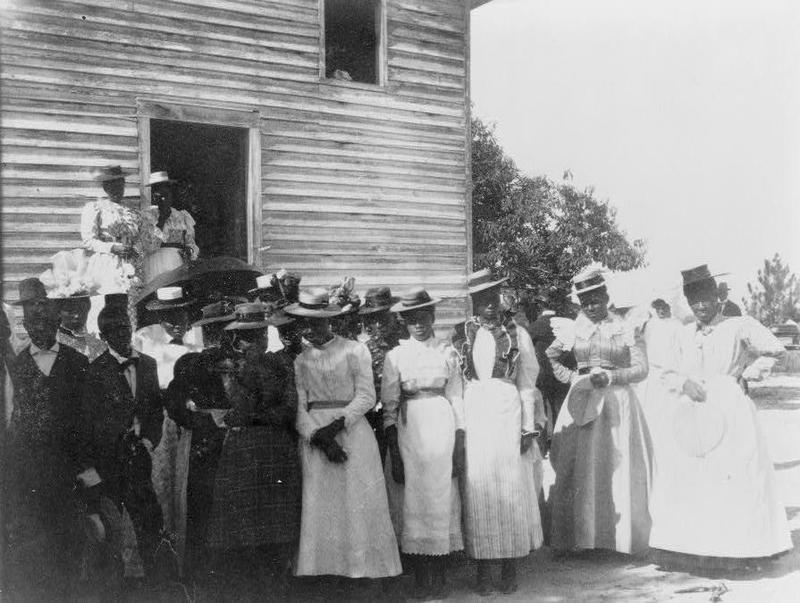 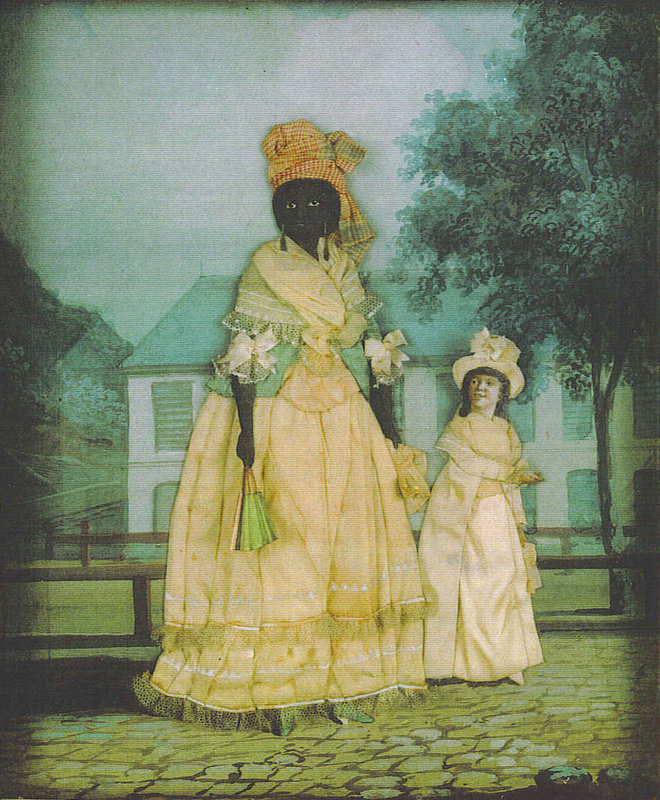 (Top) A group of women and men outside of their church, Georgia, 1900, courtesy of the Library of Congress. (Bottom) A free woman of color with her daughter, New Orleans, circa late 19th century, courtesy of Wikimedia Commons.

Educated or wealthy women of color saw more opportunities than poor and working-class women of color. More educated free Black women sometimes tried to educate children, a job reserved for white women, which meant they violated state laws. In these cities, however, such ordinances were often not strictly enforced. Other free women of color came from wealthy middle class free Black families who owned and developed properties and businesses. In Charleston, some free Black women were the result of their mother bearing a slaveholder’s child, and the slaveholder freed his child and provided housing and support for them. Women’s class connections, then, affected both their possible paths to freedom and the types of work available to them.

Social class also affected who free women married because free people of color constituted a diverse group. A minority of mixed race, lighter skinned free Blacks constituted a "free brown elite," especially in Charleston. This relatively affluent group often emulated the society life of wealthy white Charlestonians and sought to preserve their position through intermarriage. Occasionally, free Black women married "well" and became wealthy, especially prior to the 1820s when restrictive legislation towards and discrimination of free people of color began to rise. Margaret Bettinghall Tunno, for example, lived with a white Charleston merchant named Adam Tunno, and the couple owned slaves themselves. Although their relationship was public, they could never legally marry due to "anti-miscegenation" laws. Poorer free Black women might “marry” enslaved men or poorer white men although as non-citizens people of African descent, whether enslaved or free, they could not legally wed, meaning evidence of such relationships is sometimes scant. The range of choices and decisions found in free Black women’s marital experiences reflect a large distinction between women’s experiences in cities compared to those in the rural Lowcountry.

Charleston and Savannah’s free women of color often lived relatively independent lives. They regularly had the ability to support themselves and to avoid marriage and dependence on men if they so wanted, admittedly in an environment where they also outnumbered free Black men. But most women’s lives remained challenging due to poverty and racial discrimination. For example, free Blacks in Savannah had to have a "white guardian" under the law, and they could not legally own property on their own. Even in Charleston where they legally owned land, racism and gender roles restricted women’s tenuous freedom. Occupying a "middle ground" between slavery and freedom, greater fluidity and opportunities characterized free Black and urban enslaved women’s lives when compared with women who labored onplantations. 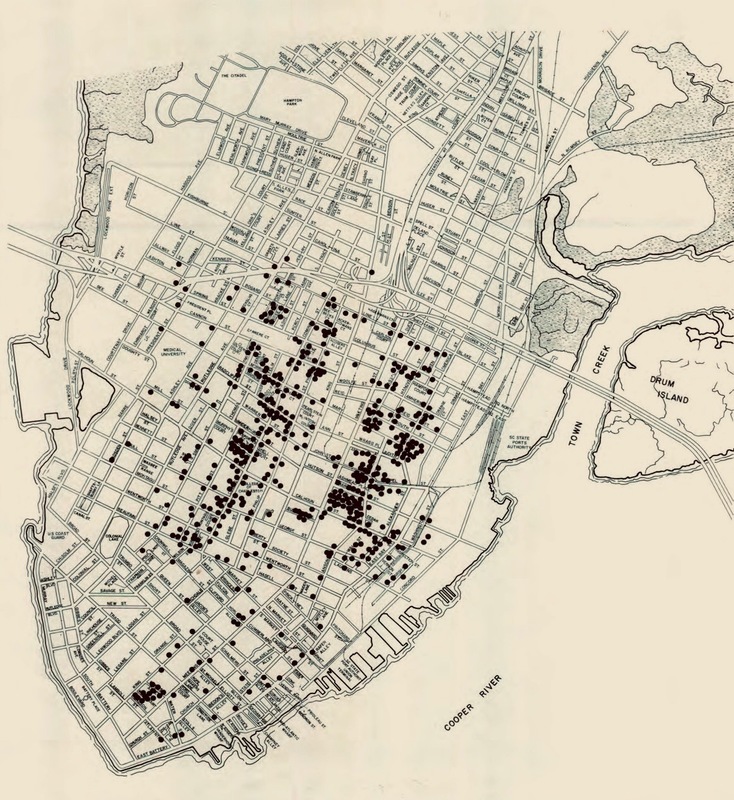 Approximate locations of "free persons of color," based on the 1859 City Directory, map prepared by Martha Zierden, Charleston, South Carolina, 1984, courtesy of The Charleston Museum. This map was produced in "Between the Tracks: Charleston's East Side During the Nineteenth Century," by Dale Rosengarten, Martha Zierden, Kimberly Grimes, Ziyadah Owusu, Elizabeth Alston, and Will Williams III.

← Enslaved Women in Charleston and Savannah
Continuities and Changes in Women’s Lives: From Enslavement to Emancipation →